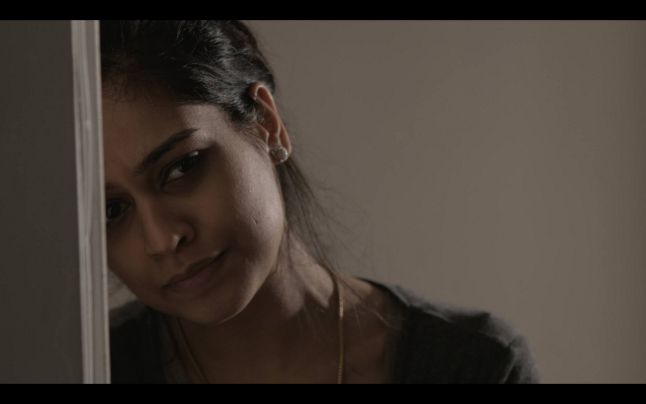 I have already shared a story here titled ‘I Gave Up On Everything For Him To Receive This Useless Comment In Return.’ I went through the comments after the story was published and I did introspect for a long time. I realized that maybe it had been my mistake to ask my husband to move to another city so that I could get a better job.

But despite thinking about all the comments for a long time, I still felt I was doing the right thing.

I had not mentioned anything about my husband and his family in my earlier story. So maybe everyone thought that my husband was right in his own way. But the reality is completely different.

The thing that bothers me the most is that my husband is not attached to either his family or me.

His friends are his top priority. Even if his parents are sick, he will not take the initiative to take them to the hospital.

I have to force him to take care of them. And if he is busy, I have to take them to the hospital on my own. He is not at all expressive. I would like to know how his business is doing and what plans he has for our future. I would like to know what makes him happy or sad. But he will never share anything with me. I have to astutely guess and analyze everything after looking at his behaviour.

He will never ever compliment me or appreciate me for the small and big things that I do for him and his family.

When he refused to move to the city that I wanted, I took up a software job and started working from home so that I could help him financially too. I had to manage all the cooking and the other household work along with my job. But my husband never bothered to find out how I was managing things or if I faced any problems because I was dealing with so many things single-handedly. I would ask him about his day, but he would just ignore me or say, “Nothing much. It was a usual day.” But after some time I would see that he was busy chatting with his friends (even girls).

Whenever his friends called him and asked him for some kind of help, he would not even think twice before helping them.

Only the two of us stayed in our home. His parents lived in a village. He would not mind leaving me all alone at home when he went to help his friends. I could understand this if they were really in some kind of trouble and needed his help. But most of the time, he would just party with them and chat with them for hours.

Basically, he was just passing his time every day by doing nothing. He was not at all serious about his business and had no ideas to improve it. He would keep saying that we had money for food and that was enough for him.

When I started working, I started buying new things for myself. I had to adjust a lot for all these things earlier. My parents had always given me everything that I had asked for. And though I had to compromise for these trivial things I had never complained to him.

My in-laws too were happy when I started working because now my husband could give them the money that he earned. But my in-laws too needed the money only to do samaj-seva. They never spent the money to help needy people. They would give it to their lazy relatives who just took advantage of their helpful nature. My in-laws had done the same thing earlier too.

They had foolishly spent all their money on people who had asked them for help and now they were left with nothing.

My husband too does the same thing for his friends. I get irritated when his friends come to our house and ask us for an umbrella, a nail cutter, tablets, electronic devices, whatever they can lay their hands on. These are basic necessities in any house and we all depend on such small things but my husband will never refuse to give them anything.

So now everyone has started taking advantage of him.

When I interfere in such matters, he will just fight with me. I get mad when I see all of them behaving like this. There is no limit to their generosity. I would be happy and even encourage them to help the physically handicapped people or the orphans.

But they are doing all this for their friends and relatives who earn more than my husband.

Whenever I saw them all behaving like this, I would ask him to move to another city. The city that I wanted to move to was not new to my husband. He had studied there for 5 years so he knew that place very well. But he does not like that city because it has a lot of traffic. We don’t live with his parents. So even if we moved to that city it would not make any difference to anyone. They could visit us anytime there. They too were familiar with that city.

The only thing that would change would be my work. I could get a very good salary if I worked directly for the company instead of supporting them remotely. And this could change many things in our life.

This move would help us in the future too when we had children. It would help them get a good quality education. My husband could easily set up his business there. My father has good contacts there and he has promised to help us in this matter if we decided to move there. But I don’t know why he hates this idea. He behaves very rudely when I broach this topic at home.

The thing that shocked me the most was that he was having an affair with his school friend. She was his girlfriend at that time. I asked him about it when I saw his messages but he told me that he was helping her overcome her problems. He said he was just consoling her.

I looked at him questioningly because I, his wife, was suffering like crazy in his house but he did not feel anything at all for me. I managed both my office work and my home. I would feed all his friends and relatives even when they came home without informing me. I kept adjusting my work timings for them.

I broke down completely when he said this. I didn’t tell this to anyone in his family because he promised me that he will not repeat this mistake again. So I simply let it pass. But I am still in a dilemma about what I should do. I am struggling to convince him to move or at least try to improve his business here itself.

He is very talented and has the capacity to do anything that he sets his mind to. It is just that he is not using his potential in the right manner. He is just wasting his time with his useless friends. He still behaves as if he is a bachelor.

I really feel like divorcing him. I can continue with my work peacefully. I feel happy and satisfied when I am working. Here no one values the compromises that I make or appreciates my hard work. They just treat me like a servant. But I must say that no one is actually rude to me.

My in-laws and my husband treat me well if I simply do things for them without questioning them. But what charm is there in this kind of a life? I work day and night for my family and in the end, I get nothing? Not even a few romantic words from my husband? What is the use of such a marriage?

It’s sad indeed to see that some people simply refuse to grow up – and ‘growing up’ has nothing to do with age at all. Not all people are willing to shoulder their responsibilities with élan and someone or the other in the family has to bear the brunt of this. Let’s share this young woman’s story so that we all realize how frustrating it can be when we refuse to do complete justice to our roles.