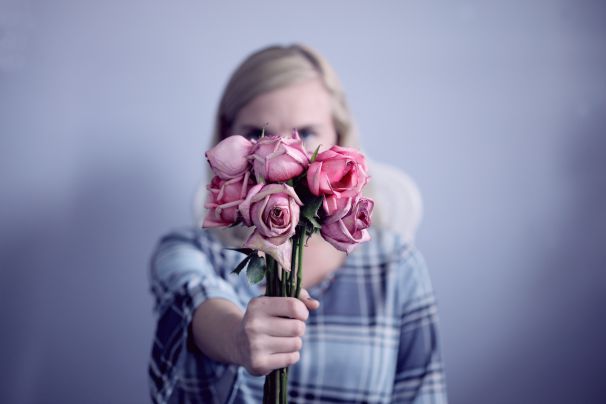 I still think it’s surprising how many times I could be such a fool. It all began when I started college. Deep down, I always believed that I would marry the first person I fall in love with.

When I joined college, within a few days I met a senior named, Sahil. He was in his fourth year and he was one of the people that ragged me when I joined. Within a few days, he told me that he liked me and I was impressed with the way he spoke. A lot of my friends and other people in our college told me that he’s not a good guy and that shouldn’t be how I first fall in love. I ignored them all and continued to be with Sahil.

It was foolish of me to think that I would end up marrying this boy. But I did. We began talking on the phone every single night and in college, he would always come find me and keep me company for lunch or otherwise. We spent a lot of time talking and I got to know so much about him.

There were times when I would find out that he had lied to me about several things, but I never confronted him because I was a bit ashamed to ask him. Also, I found out that he was an orthodox person, like his family.

After a few months, Sahil had to move to another city for his job. And that’s how our long-distance relationship began.

If though he was far away, he would tell me not to wear western dresses and how I should only wear Indian suits, because he loved it. He even told me not to talk to other guys and maintain my distance from some girls that he didn’t approve of. We used to meet twice a month, I used to go into the city to meet him, it was a good two hours from where I lived.

On one such encounter, he told me that he wasn’t feeling good on the inside and wanted me to kiss him, as a gesture to let him know that I loved him. Like many other girls, I thought that getting intimate was something I would do only with my husband. But I decided that I had to prove that I wasn’t going to leave him and so I kissed him.

The next time we were going to meet, he told me that he wanted to kiss every inch of my body, to ensure that I was only and always going to be his.

I thought about this for two days and he soon convinced me that we weren’t going to have sex, but that these “sweet kisses” were going to be his birthday gift.

So, we met on his birthday and I gave him my body. When I told him that I wasn’t going to agree to anything more, he agreed. But the next time we met, he took me to a hotel room and when I asked him why we had to meet here and not in his room, he said that he just wanted to hug me and sleep next to me. I agreed to this.

After a few minutes, he began tickling me and started kissing me again. Of course, I’m human and so when he kissed me, I lost control and kissed him back too. During this time, he began taking my clothes off. I tried to stop him, but he told me that he’s already kissed my entire body, how would this be any different?

I agreed, but from inside, I wasn’t happy and I begged him not to go ahead. But he had a whole different agenda.

He began manipulating me and told me that sex would only be “considered” if we did it without a condom and that with a condom, we would be fine. I was naïve and so I agreed. I was a bit surprised that he already had a condom in his wallet. And so, we did it that afternoon in that hotel room. This went on for the next few visits, and it wasn’t the end.

The next time we met, he told me that we could have sex without a condom, as long as he doesn’t finish inside of me. As that was something that he would do only after our marriage. You’re not going to believe me when I say this, but I believed him and so we did it again, this time without a condom. He gave me the Pill to have after this, he told me that it was a precaution.

I was madly in love with him by now that none of what he said seemed unbelievable. As a normal human being, I began enjoying this time with him too. My life soon became college, meeting him, sleeping with him and finishing with the Pill.

After a few weeks of this, his abuse began. It started with him slapping me around a bit and then he began forcing me to start using sex toys.

Slowly, all our phone calls began and ended with phone sex. If I said no, he would hit me the next time we would meet up. My friends began noticing these marks on my face, arms and body. And they kept advising me to end this abusive relationship. But I wasn’t able to think straight, especially since we had had sex.

I knew that I couldn’t leave him, I was in love with him.

It was only after a few months my friend told me something that changed my life, for the better, “If he loved you, why would he have slapped you? He knew that you were an easy target to manipulate and that’s why he did it. He will leave you once he is done with you as he has done in the past. Before he leaves you, you leave him.”

I don’t know how I finally got the courage to do it and one day, I called him and told him that I’m leaving him. He was shocked. He called me several times after that phone call but I refused to answer them.

I wouldn’t say that this has changed my life, but it has changed my outlook on love. What happened wasn’t just his fault, it was mine too. I should have been sure about what I was ready to do and what I wasn’t. These incidents were a lesson and I have learned a lot from it.

I’ve never seen someone being manipulated like this, in my entire life, but I’m here today to share my experience and not gain your sympathy. Sometimes, it’s difficult to say no, especially if it is to a face that we love and cherish, but always remember, that you should put yourself first because if someone loves you, as much as you love them, he or she will never abuse you- neither mentally nor physically.

Share this story, because it's difficult to say no to someone you love and this story will inspire you to do just that.