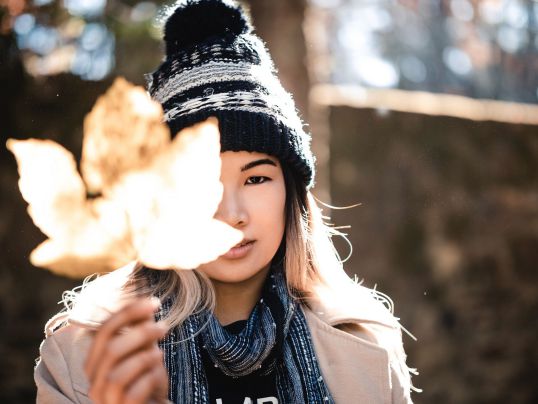 I knew it would happen someday. That much was obvious. But I did not know that it would unfold itself like this. I saw it on his ‘status’. He had uploaded the photograph a couple of days ago. But I had been busy dealing with my enormous workload at that time.

I did not really like to keep track of him on social media platforms. But somehow I ended up doing this whenever I had some free time.

Today, on a Sunday, I did not have anything much to do. So I was glued to my phone when I came across his picture.

I am Prachi (I have changed my name here) and I have known Vinay ( I have changed his name here) for almost two years now. We first met on Facebook. We had several mutual personal and professional friends. Both of us worked in the same sector too. So, it did not take us long to become friends. I was working in the city in which he was born. It was a small town with British era architecture. Nothing much had changed here over the years.

So, we always had something to talk about every day. Vinay would often become nostalgic when I talked about the town. Soon enough, we started talking for hours. We never got bored in each other’s company.

I knew we were made for each other. We complemented each other perfectly. Both of us were smart, educated and independent.

Finally, it was time for us to meet in real life. Vinay thought I was the person he had been waiting for all his life. He wanted me to be a part of his life now. Our friendship had turned into love and love was yearning to turn into commitment.

But life had its own share of challenges. It was time for me to share the dark phase of my life with Vinay. I was not single. I had divorced my ex-husband 7 years back.

I got married after I graduated. But within a couple of months of my marriage, my husband and my in-laws started abusing me. They started making monetary demands and wanted all kinds of favours from my parents.

I was an educated girl. So I chose to end my marriage. I knew I had to do this for myself and my family. I left my husband and started a new life. I completed my higher education, got a decent job and started my life afresh. It took me some time to leave behind all the chaos and bitter memories of my past and create a new life for myself but I did do so.

I felt as if I had been reborn. But Destiny was not yet done with throwing challenges my way.

I had almost forgotten about my past. But it was time to rewind the whole thing again now. Vinay and I had known each other for several months now. I could see Vinay waiting for me outside my aunt’s place. Both of us were busy with our work during the week. But we made it a point to meet every second and fourth Saturday. It was one of those Saturdays today.

I saw him as soon as I came out of the apartment. He was wearing an ash coloured T-shirt and a pair of jeans with sneakers. He looked cool and handsome. On our way back home, Vinay said, “Will you marry me?” I wanted to say, “Yes” but instead I said, “Can we talk. I want to tell you something. Let’s go to some quiet place. You need to know this before you consider getting married to me.”

We sat in silence for a while. I finished narrating my story to him and felt relieved. I knew he had the right to know the truth about my past. He paused for a long while.

He started the car and drove me home. We didn't talk. I wanted to give him time to absorb all that he had heard. I had divorced my ex-husband seven years back. Somehow I felt that this would not be an issue now. We reached my aunt's place. He kissed my forehead and bade me "Good Bye!"

That was the last time we met.

Vinay called me that night. He said, “My family is a little conservative. But I will try my best to convince them. But I cannot give you any kind of commitment now.”

I had faith in him so I asked him to take his time to decide about it. Sadly, my faith alone was not enough for his orthodox family.

They refused to even consider the match. They did not even want to meet me. The word ‘divorcee’ alone had a lot of negativity attached to it. I lost Vinay. His upbringing and societal norms suddenly became barriers in our love.

The perceptions that middle-class people have about divorcees was enough to break our relationship.

What was my fault in the whole thing? I did not know that my marriage would turn out to be an abusive one. How did it all matter now – when I had left behind my past seven years back?

Sadly, people do not listen to reason in such scenarios.

I was rejected by Vinay’s family because I was divorced. Vinay conveyed this message to me. But life taught me a very big lesson seven years ago. I can never forget that lesson. I asked Vinay if this is what he too wanted. He said he wanted to be with me but he could not leave his family for me. I then asked him if he could convince his family at least in the future. He said, “No!”

Suddenly everything became very clear to me. I asked him not to make things difficult for his parents. He then said, "Will you hate me all through your life?" I said, "Will that make any difference?"

I knew just one thing now. I did not want this to happen again. I knew it was not my fault. I could not change my past. I could not do anything about my divorce. But I could keep my dignity and say, “Good Bye.”

I know how difficult it is for people to understand and accept such things. Vinay did not call me very frequently now. Soon his calls too started dwindling. His messages were now limited to our mandatory "Good Morning" and "Goodnight" messages.

I could not force him to continue with the old pattern now. Not anymore.

I feel there should be a valid reason for rejection. I know that I was being treated unfairly. Sometimes I wanted to scream at and curse Vinay for what he and his family had done to me. But I knew it was all of no use now.

I respected him too much to hate him or his family members. I had never mastered the art of being rude anyway.

It’s been a couple of months now. Things are not actually smooth sailing in my life now. I know I have to start adjusting to the idea of living my life without Vinay now. I looked at my phone screen again. I checked his status again. The girl beside him was wearing a pink and aqua green dress. Both of them were smiling. Actually, the girl was grinning. He looked dashing – as usual. He had trimmed his stubble and had worn a purple shirt. Dark colours suited him. They had taken that picture when they were at someone else’s wedding. I tried to accept the fact that he was with someone else now. I knew I would be OK for a while during the day. But I knew that as night closed in, the darkness of my thoughts would permeate through my being.

It was at such times that I started feeling dejected. The emptiness started creeping in on me. My heartfelt heavy now – I had not carried this kind of weight in all these years of my life. I wanted to shout and scream and vent out my pain. But instead, I just sent him a text message which said, "Congrats….Happy for you."

Only when the initial euphoria of love dies down does the reality emerge. Often rejection proves to be a blessing in disguise. At least we can change the course of our lives and find our share of happiness elsewhere. It is better than struggling to be accepted by a family/society that looks at us with disdain. Let’s share this story and learn to change our perceptions about broken relationships. We all know how much we learn from such experiences, don’t we?