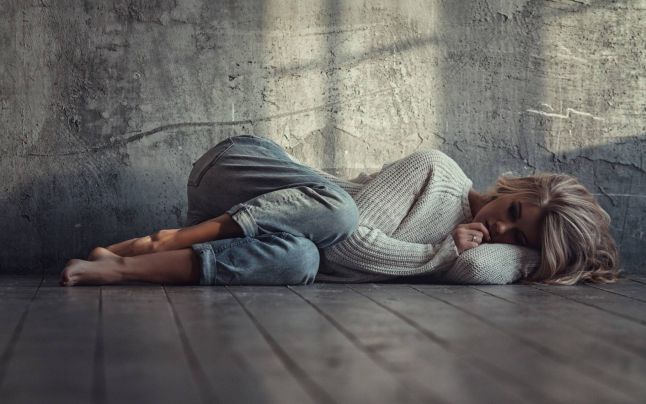 I am a 22-year-old girl and I never knew life could be this hard on me. I regret being born as a girl because the people around me have made me feel that it is a curse to be born as a girl. I have often felt that my life would have been easy if I were a boy.

I was raped at the age of 18, but as I am a girl I wasn't supposed to say it because it could only assassinate my character than the one who had raped me. Since that incident, it was hard for me to sustain even a touch of my father or my brother. Every touch of a man started scaring me. Since then, I thought there would be no space for any other guy in my life. But as always, life never got so scripted. It had the worst story for me.

I gradually started healing from my past as the one who raped me eventually left the place which I lived. Then came the man who showed up to be a great gentleman around the place we live. He was the boy on whom I had crushed on but as I had gone through a bad incident, I couldn't have said that to him. But he himself started being close to me. He wished me on my birthday and the conversation started.

His concern for me made me feel that he was genuine and he was worth sharing my past with. I opened up to him and he consoled me too. (Little did I know that his intention behind consoling was different).

A year passed by. I was strong because of him and we had a great bonding between each other, though he was moody and we had a lot of fights. Sometimes he used to block me but he used to come back asking for forgiveness and I used to forgive him.

One day we both confessed our feelings for each other. It was 8 months of our togetherness and he asked me to send him my nudes, I refused but he started saying that I don't trust him and finally he convinced me to send him that and he promised me that he would delete them once he was done seeing it. So I did after a couple of months.

We started making love and it continued, but after making love for 4 months, his behaviour changed and he blocked me everywhere all of a sudden. I was blank. I begged him to tell me the reason but he said nothing.

After a month, he got back to me and apologised. I loved him and we were back. I had a submissive personality and nodded to everything that he said.

Once I checked his phone and got to know that he was in a long-distance relationship with his cousin for the past three years. I was shocked. I asked him to choose one among us. He chose me and we were back yet again! I caught him continuing his secret affair with that cousin of his.

When I repeatedly caught him, he confessed that he loves her a lot but she is away. I felt like a s**t whom he wanted to only fulfil his lust.

I broke up with him and tried to move on. But this was not the end.

His friend messaged me sharing all my nudes and now, he is asking me to sleep with him. I told my ex-boyfriend about it. He does nothing about it. He is still very happy with his girlfriend and that blackmailing friend.

I wonder whose help to seek now!

Must women suffer this? Please share this story as a sign of solidarity for the woman who chose to trust us with her secrets.