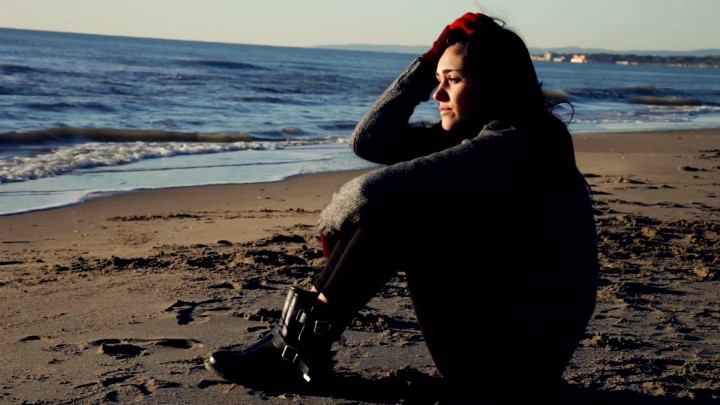 When I got to know I was pregnant, that morning, I felt nothing. No happiness, no sorrow. My immediate thought was, should I tell him? After a long battle with my thoughts, I messaged him if we could meet for lunch. He said yes. The whole time I was at work or driving to meet him, I kept thinking about how to break the news to him and what his reaction would be. I picked him up from his work and we went home. We sat on the couch and I started talking. I was taking a reference from the car accident we had recently when he was driving and clarified that I did not blame him for it because it was my choice to ask him to drive that day.

I told him I never blamed anyone for my choices and told him my pregnancy test came out positive that morning. There was an awkward silence. He hid himself behind a pillow like a 5 year old caught doing something naughty. I understood how hard that was for him. But, I was sitting there like a rock.

After he recovered from the shock and embarrassment, he asked me what I wanted to do with the baby. I love babies, I always have. If things were ideal, if the situation was favorable, I wanted this kid. That's what I told him. Ideally, I'd have wanted to keep it but we were not ready. In any way. He offered to get married but I dismissed it because I didn't want to get married without falling in love or for the wrong reasons. We decided to go get it checked the following Monday. The whole weekend, all I could think of was how I was carrying a living thing inside my body. I was proud and ashamed at the same time. An unwed pregnant girl, a disappoint my parents could never recover from.

Monday was here. We went to the doctor and they confirmed I was pregnant. They gave me all the options but I was clear on which one to pick. They asked us to come back a week later for the ultrasound and the abortion. That one week was the most beautiful week. He took care of me like I was his baby. Even though I knew I had to abort this pregnancy, I grew fond of it in that one week. I kept touching my belly. It felt like I was complete. The day came finally and I went to the clinic once again.

This time to get an ultrasound and make sure I was clear for the Medical Abortion (the pill). For the first time, we saw my uterus on the screen. There was this tiny lump attached to its walls. I love photographs, I love being in them. But, that picture of my uterus, the fetus, was the most beautiful one I'd ever seen or will probably ever see. I was wishing I could keep it but I knew what I would have had to face and what that baby would have had to face.

My parents have the strength to forgive me and embrace this but I didn't have the strength to withstand disappointing them at this level. I took the first pill as soon as they completed instructing me on the procedures. I was scared I will change my mind. I had to take the second pill the next day. He was by my side the whole time. I didn't know how he felt. He never told me except for being there for me no matter what. As soon as I took the second, I started cramping and within no time, I was bleeding. I bled for the next two days with my back and lower belly hurting, as natural as it can get, I have been told.

It was like a miscarriage. It hit me on the second day that I lost it, I lost my baby. I cried the whole night without him noticing. I have been crying ever since. We had a follow up appointment the next week and we went. One of the saddest moments of my life, seeing my empty uterus on the screen. It was EMPTY. Just like I felt empty from head to toe. I had pain. Not in uterus. In my heart. A pain that I don't think I will ever be able to get rid of, ever be able to address. We all make bad choices, we all regret.

Did I want the baby, no. Do I feel the loss now, I do. Very much. I am unable to come to terms with it. Neither am I able to express this pain. I feel lost, empty and shallow. I will have babies in the future. Maybe. Maybe not. But this one, will never come back. I haven't been able to be the same with him. I don't know how he feels about all this but it broke me. All this while, I thought I was the stronger one between the both of us. Turns out, life can break anyone. I feel a pain even my mother cannot understand. I know I made the choice but I wish I could change it. I could go back and change it. I really wish. I feel empty, my soul feels empty.

Share this story because realization is important but first, acceptance is necessary.