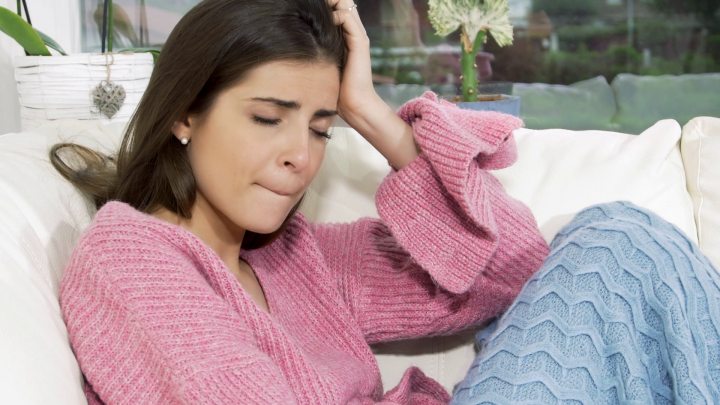 I was young and a rigid girl, one who had her walls built high, head held higher. It took guys ages to woo a girl like me. But I had an equally tender heart within. I was the one who would say no to a guy even though I would be in love and would expect him to love me still. As a consequence of this, I lost a person I loved then, denied his love and forced him to leave.

But I was young and wanted to explore. That’s when my friend set me up with this guy. I just wanted a friend then, but he loathed the word ‘friends’. From day one he was clear that it has to be marriage or nothing. It sounded weird as we had just started texting. He was too good with words.

Days passed and he became a habit. His voice, words were so apt, he indeed was a charmer. But there were a few things about him that scared me.

One- the way he was into me without even meeting me once. He claimed he wanted to marry me and even urged me to talk to my parents about him. There were times when I knew that he was just too good to be true. Something about him just didn’t feel real.

And that was the same reason that my mom couldn’t approve of the guy. According to her if a guy says he’s in love with you without even meeting you, he is bluffing.

He had secured a negative opinion from my folks as well as my friends. But I believed in him or should I say he was able to catch me in his silky web of words.

His constant buzzes, poems, promises and over the top claims about us made our bond seem unbreakable.
We continued talking even after my mom's disapproval of the relationship. I soon found myself cut off from my family and friends and drifting more and more towards him.

We met. And contrary to what I had picturized him as, he was a poor soul, in need of me, badly. I had thought that he'd be arrogant and smart, but he was totally the opposite or so it seemed. He became more and more desperate for me. And his insistence on marriage increased like never before. He even told his folks and friends about me. I got scared. The wall I had around me was broken.

He had penetrated into my heart and then build the wall again so that no one else would ever be able to climb it. I knew it was meant to be. I was rejecting all good proposals that came my way, constantly trying to get my mother to meet him, just once.

And I knew it was just a matter of months that my mom will melt and we would be together the way he wanted, and the way it should have been.

A flower every day, and the toe-curling romance was like a dream come true. He always had that air of mystery around him. His dark and sad past gained my sympathy and drew me closer towards him.

He used to live a totally isolated life and preferred staying alone almost all of the time. Only when I was completely into it, and we were finally on the verge of taking the relationship to a concrete level, did things begin to change. He started contradicting his statements by his actions. It started with little white totally unnecessary lies.

I discovered the friends that very few friends he had were closer than I used to think they were. Found him more towards being 'emotionally sick' than just 'emotional'. The closest female friend of his did not even know about me, that was the weirdest of all things.

His life started making me sick. But it was too late to end everything. I did try breaking up several times, only to fall in love with him and into the trap of his false promises within two days, it not less.

I always thought that he lives a dual life and has dual personalities. Just a little tracking through some cell phone apps gave a clearer picture that he was always on call with someone else. Read some of his chats with her and found that at least she thought that they are in a relationship.
I confronted and fought with him over this only to find out that she loves him and not he.

Before I could stop worrying about things between them, there was another woman in his life. She was a distant relative of his and much, much younger than him. One day, I found out that he used to talk to her at night. I got annoyed and this began affecting our relationship. He told me that he only loved me and I should trust him. Until one day, he managed to woo her and he chucked me out of his life. As if our love or me, meant nothing to him.is

All the promises, they meant nothing to him. I was a complete stranger to him.

The flowers vanished, the love vanished, the promised vanished too. I had no idea what was happening and how we reached this stage in our perfect fairy tale.

It’s been eight months and I’m still devastated. He sent me an apology letter, after four months but it was more of an “it was your fault” letter than an apology. According to his twisted theory, it was our lack of proximity that caused this. It’s heartbreaking to hear all of this from a person whom I fought with the whole world for.

I was with him for two years and it didn’t take him two minutes to walk away.

Share this story, because there are some love stories that don't deserve a, "Once Upon A Time".