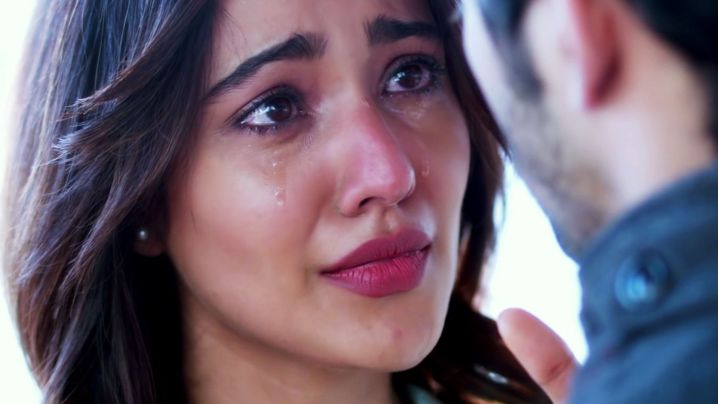 I am a simple south Indian girl. I belong to a very conservative family.

Life was good until ‘love’ happened in my life.

I fell in love with a guy, Mr X when I was in the first year of my college. Things between us were fine for the first two years. He then started demanding that we meet often because both of us were in love with each other now. But I had to adhere to a lot of restrictions. I could not meet him as often as he wanted me to.

So he broke up with me when I needed him the most.

I was all alone in a new town now. But I got a job of my choice. My mom was not aware of all that had been happening in my life so far. She was the one who stood by me through this difficult phase. I started focussing on my job.

I would work in my office for 18 hours continuously to avoid feeling lonely. Sometimes I was too busy to even think about him. Slowly, over time, I became a very strong person. I chose not to be reactive even when the situation was tense.

A colleague of mine was from north India. He had joined the firm almost a year after me. I did not like him that much. I felt he talked too much and to too many people. I hardly spoke to him. We worked together for two years but had spoken to each other only when there was some official requirement.

One fine day, we all happened to go on a trip together. This guy, Mr Love, too had come for the trip. He was my co-passenger throughout the night. I felt a little uncomfortable when I came to know about this.

But I was surprised to realize that he was a very genuine guy. He took good care of me all through the three-day trip.

We then became close to each other. We also had a common friend who was equally close to both of us. All three of us now started meeting quite often. We would go out to movies, visit malls and go shopping together. Meanwhile, Mr Love started accompanying me to my house after we finished working every day.

I didn’t want him to do this for me. But he did not want me to go home alone. Mr Love was already in a relationship with another woman for the past 8 years. So I found it easy to accept all his lovely gestures without having any second thoughts.

One day, when I was going to my hometown, he accompanied me to the bus stand too. He said, “You have hurt me!” When I asked him about it he said, “Remember the conversation that you had with your friend a few days back? She had asked you why I accompanied you when you went home every day. You just said, “It is his wish. I don’t ask him to accompany me every day.”

I knew I had hurt him very much by my flippant remarks. When he told me how hurt he had felt that day, I could feel the tears welling up in my eyes too.

He called me that night and said, "I love you." I knew that he shared a great relationship with a loving girlfriend. I knew he was hurt by my remarks. So I did not take it seriously. But after a few days when we went out for coffee, he confessed his seriousness about me. By this time, I too knew that I was developing feelings for him.

I didn’t know what exactly my feelings for him were. But I told him, “I love you too” that day.

Both of us knew that our relationship would last only until one of us left the organization.

But I knew I started loving my life right from the moment I told him, “I love you.” I had never felt so happy before.

I belong to a family where the males are strict and stubborn. They think ‘love’ meant ‘having babies’. I have never seen my father having a happy time in our home.

We shared a happy bond for 6 months. I never wanted him to leave me. I fell more deeply in love with him with every passing second. My love for him was more important to me now than anything else. He too was completely in love with me now.

He then went to attend his brother’s marriage. I had got an offer from a boy in my hometown. I wanted to tell him about it. But I came to know about his breakup. The girl’s side had some issues with the relationship but he was still in love with her. So I did not even consider the offer that had come my way at that time.

I knew he needed my complete support now. I gave him all my time and made him a part of my world. I was there for him at all times of the day and night. I helped him regain his normalcy again.

He was a practical guy so he got over it quite soon. But we had become intimate 5-6 times by now. I had lost my virginity to him. I knew he was the best thing that had happened to me. I did not think of it as a mistake.

But he now started putting a lot of restrictions on the way I dressed, talked to my colleagues etc. He did not want me to talk to all my colleagues. He wanted me to limit my conversations to official talks only. Sometimes, he wanted me to skip meetings because he thought such things were unwanted.

I knew he was doing all this purely out of love. So I listened to all that he said. I too put a few restrictions on him.

He was a very attractive person and girls had the tendency of talking a lot with him. We had reached a stage when I hardly spoke to any guy and he too did not speak to any girl now.

One night, I expressed my desire to be with him forever. He did not agree with this.

He said, “I have to get back home in some time and start a business. I can never consider you as my partner because you are a south Indian and I am a north Indian. Our families have nothing in common. I cannot risk my family for you. My father is a heart patient. My family really loves me a lot and I cannot go against them. I want you to understand this. I never promised you a future with me.”

I knew this. I had known this all along. And I don’t know where and when exactly I had changed my mind about him.

I am completely broken now. I am shattered, depressed and feel insecure. I feel restless. I cannot concentrate on anything that I do. I cannot eat or do my work or sleep or talk to anyone. I don't want to do anything anymore. I try to isolate myself from everything but end up crying my heart out. I cry for at least four hours a day. I end up crying whenever I am alone. I cannot share this with anyone because it would ruin my family's name.

I have now become over possessive about him. I fight with him for every possible thing because I want to ensure that he does not leave me. Whenever I behave like this with him, he handles me with a lot of love and understanding. I am scared of losing him. I will lose my identity if he leaves me.I have so many negative thoughts going on in my mind that I am scared of myself now. He consoles me every time I cry. He does not want me to cry. He does all kinds of things to make me happy. I know he hates my behaviour but I am out of my mind now. I cannot control myself.

I love him. He loves me. But I don’t have a tomorrow with him.

I feel stuck now. I cannot forget him. Neither can I start a new life with anyone else. He is my world now. I know I am going to lose my love in a few days and this fear of losing him is making me restless.

I know I can’t be with him in future yet I am creating hell in my present.

I am not my usual happy self anymore. I am filled with sadness and tears. I am putting this across to all of you because I want to know if I can do anything so that he becomes mine forever? What should I do?

Why do we cling to people/things/memories? Isn’t it enough that we loved a person completely? Aren’t they a part of our lives forever? Let’s break free of our past, set the person free with our love and move on with our lives…. Do share this story because hurt beats the hell out of us. Yet, life goes on ….always ….for all of us….from the very next instant itself. Who knows? Perhaps we will get the answers to all our questions when we heal someday…