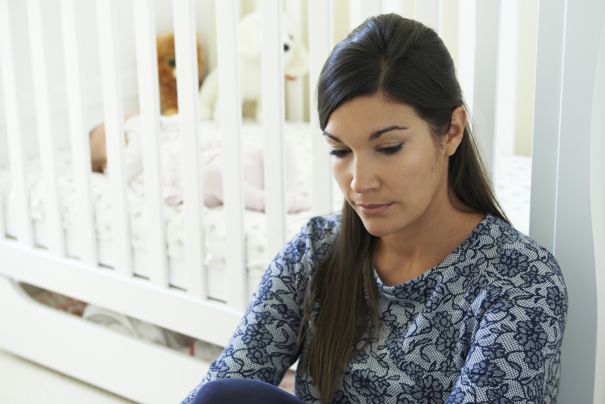 I’m a 21-year-old girl and have been in a relationship when I was 16. It’s been about three years now, since my boyfriend cheated on me with another girl; a girl he’s in love with.

I was depressed after my breakup and felt lonely. I wanted a friend, I wanted someone who loved me; I wanted something permanent.

When I was 19, I found a matrimonial site and decided to check it out. After two days, I got an invite from a boy’s mother. She sent me a message, asking to look at my kundli. I told her that we had a nine-year age gap and it couldn’t possibly be a great match. I said goodbye, wished her good luck and decided never to go on to this site again. I even deleted my account.

After around 2-3 days, I found him on Facebook and decided to message him. I didn’t tell him much about myself, but just dropped subtle hints about my life. I told him that I was a single child, with no parents. We began talking from then on and asked me if I was okay talking to his mother.

After five or six days into the chat, I told him that I did have a family; that I had lied. He told me to speak to his mother again, to tell her that I had lied and that I did have a family. We began chatting over a video call. After three months, he came to my house to meet my family. He met my family and they were happy to talk about our relationship.

My family wasn’t rich, so my father immediately told them that we couldn’t pay a dowry. His mother refused to let this wedding happen, but my husband and I were sure that we wanted to get married. He asked me if we should go to a temple, I said yes, but I told him that I would tell my parents about this. He agreed to it and so, a few days later, we got married.

A few weeks later, he said that we were ready to meet his parents and that his mother would accept me. When I went there, she began screaming and said that she would eat poison if I was still in the house.

After four months of living in that house, I realised that I was already three months pregnant. Once she found out about this, she welcomed me into the family.

During my pregnancy, I felt dizzy and had an extreme case of nausea. I was exhausted all the time. In the morning, there was a knock at 6 am and it was my mother-in-law. She wanted me to help her with the housework. I didn’t know what to say, so I said ok and helped her out.

The next day, she knocked again. This time, my husband opened the door and told his mother that I was tired and couldn’t work. He told her that I needed to rest, for the benefit of the baby too.

She barged into the room and told me to stop all of this drama. I was crying now and begged her to let me rest. My husband got me some food and told me to eat it. When he left, she began beating me and abusing me.

My husband heard my cries and came running into the room. He was extremely angry and told his mother that we were going to leave this house and he would find another job to sustain us.

After a couple of months, my husband told me that we should go back to his mother’s house for the delivery. I immediately refused. I didn’t have the strength to fight with him, but I did. I told him that I feared for my child and wouldn’t step into that house again.

Finally, in my 7th month, he convinced me and we were there. For around 25 days, I was alone with my mother-in-law. She tortured me every single day.

I couldn’t wait to leave her house, for my husband to come home to me.

My baby was eight months premature and during my delivery, my mother-in-law refused to allow my husband to be with me. When I was in labour pain, she sat near my bed and screamed louder than I did.

My mother-in-law refused to let me eat food, she denied me the basic amenities that anyone would let a mother and her child have. She used to beat me, while my child cried near me and my husband was away at work and I just couldn’t take it anymore. But I just stayed alive, for my baby. I was scared that one day she would remove her frustration on my child.

Two months later, my husband gave me the news that I just couldn’t bear. He said that we had to shift into her house. He had lost his job.

I begged him to do anything else but force me to stay with her. But there was nothing that we could do. She told me, to my face that she would file for divorce, that she would get another wife for her precious son.

I’ve begged my husband to save me, or our child from this mad woman but I don’t know how we’re going to survive through this torture. I’m done compromising, especially now that my child is involved.

Share this story, because it's time we stop women from being the reason for another woman's distress.