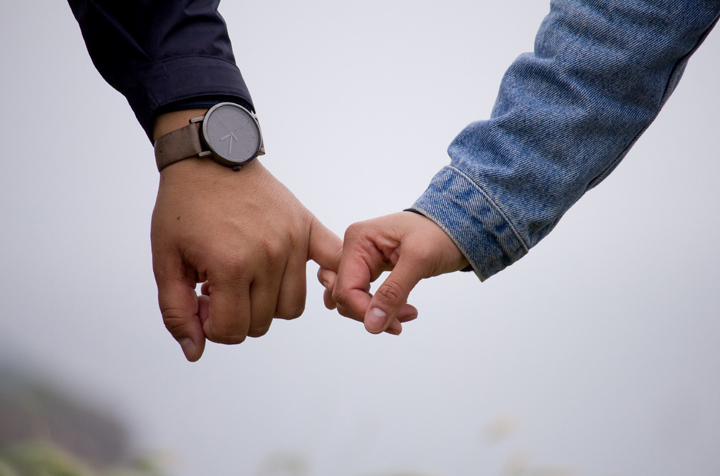 Mine was an arranged marriage. We met each other in a temple and got set up. I quit my job according to his parents' wishes. Everyone was on cloud nine and we started talking on the phone without the knowledge of my parents. I didn't know life would be so fun. After two weeks, my parents wanted to call off the marriage as they had heard some bad things about my fiance and his family.

But my fiance brainwashed me saying they were only rumors from their competition in the business. I believed him totally and was very adamant on marrying him, which was against my parents's wishes.

Finally they gave up on me. My fiance would ask me to go out with him but my parents would refuse as per their tradition. Finally we were married off while my parents hoped for the best along with a huge dowry.

It was shocking to find my husband as a mama's boy on the very first day of our marriage. He didn't want me to take him anywhere out in front of his mom. Within two months of our marriage, I learnt from his dirty messages that he was in an affair and he wasn't interested in this marriage. When I confronted him, he lied in the beginning but then he confessed that he wanted to sleep with her when I am not around him. I just couldn't believe my ears. He regretted it and I forgave him as I loved him then.

The very next day I found his messages again. He just smiled and said he won't do it again. I was so so so dumb to have believed him again. I didn't talk about this with my parents as this marriage was purely done against their wishes.

Then we were on our honeymoon and after 6 months I conceived. We got a beautiful baby girl. Instead of being by my side during my delivery, he was with his mom fighting with me. Even though I was still in the hospital, he made me cry and never bothered to say sorry. Then our quarrel subsided. He got caught again, a few more times. Each time I forgave him but I didn't trust him. He spoke in a very sad manner so that I could sympathize with him and forgive him.

I had my mother-in-law as a problem as always. All her gossiping, dominating character made my life terrible. But I could not open this up in front of my husband as he would pick up an instant fight with me for blaming his mom. At the same time our physical intimacy was also on a downhill. He was not interested in me. He could not tolerate me disturbing him, even playfully. There were days I cried alone in the need for love and care. Felt lonely than ever.

Sex is not life but there was not even a single word of love from him.

Whenever he is at home, he switches on the TV and gets immersed in his mobile. I am not able to trust him every time he is with his phone and am getting an insecure feeling. Tried talking to him about this but he uses harsh words to avoid it. Many times he scolds me using sick words in front of his mom to calm her down. And behind his mom's back he acts good with me. Acting good doesn't mean he talks lovingly, it means we are out of trouble for a while.

All I would do is I'd lock myself up in my bathroom and cry. Then accidentally I got pregnant the second time. My husband was happy and the whole family was. But trouble also started immediately. He fought most of the time until I was 6 months pregnant. He speaks harsh words that make me feel low. My mother-in-law started noticing everything. I asked for her permission every time I ate or drank water.

I wasn't allowed to do any work or to cook fearing that I would dominate her if I occupy her kitchen. A person's basic need is food but I could not eat what I wanted.

By this time my daughter had joined her kindergarten. At nine months of my pregnancy, I went to my mom's place for my delivery along with my daughter. From the day I was admitted in the hospital, he started to fight with me for nonsensical reasons.

I expected him to be at the hospital when the baby was born but he slept at home and came late. Such was his affection towards me.

My in-laws came and none of them including my husband inquired about my health. They were interested only in both the kids. I had a c-section and was unable to move. My husband picked up a fight even at that time listening to his mom. All my hopes from him shattered into pieces that can never be fixed. He came to my mom's place one day and asked me to come to his place and that too in a dominating way. I told him that I didn't want to stay with him. Even at that time he spoke rudely and argued about his mother.

I don't want to believe him now. I told my parents about how our relationship was and about his affairs that I had covered up for him. Now they too don't want to send me back to his place.

I love him but I don't think he deserves all my longingness for him. Most of the time he throws harsh words at me not knowing how much it hurts me. When a husband can't take care of his wife during her delivery then what can he do for her when she is normal. It's been four years we have been married and day by day things get worse. His family wants only these two kids and sees me as a nobody. I have to be lonely if I go back now and hear all those talks behind my back, again without my husband's support and love.

I doubt if he has all those affairs happening again. My parents are ready to accept whatever decision I take and they'll support me as they are not confident my well-being at my husband's place. I want to come out of my husband's life but I am emotionally locked too. Mentally disturbed.

With two kids now, is it the right decision to plan for a divorce?