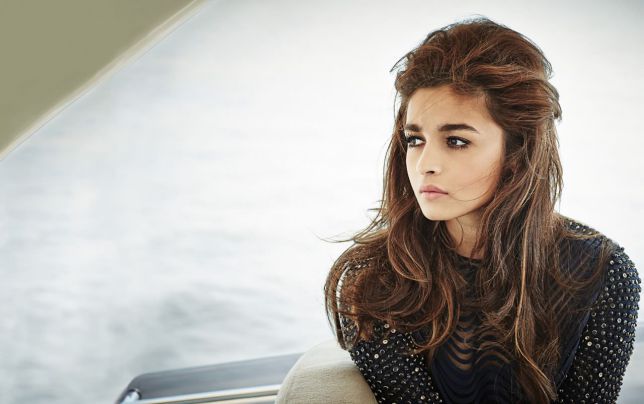 Life as you know it can topple to the ground anytime, crumbling to bits, and shrinking through the thin air, into nothingness….

It takes just an instant for someone you deeply love to crush your self-respect. Unfortunately, the greatest blows don’t come from outsiders. They come from the people you have grown up with, the hands that fed you, the mouth that uttered words for you to lisp, the people you idolized, the ones you base your faith on. Some one who is a part of your consciousness, your thoughts, and your understanding of the world can make you feel completely naked, to an extent that makes you feel ashamed that you even exist in this world.

While growing up my sole idol was my brother. Not without a reason.

Nine years older than me, he was my second mother when mother put me in his custody to tackle with the outside world. He was also my father because my father was busy having affairs outside of his marriage.

Ma and brother were my whole world. I was a shy kid, always coming back from school crying or throwing a fit to not be sent back to jail again. But, home was a haven when we three were left alone. It meant listening to long dinner table chats of maa and dada, each one of us reading a book in the most comfortable silence and watching TV. We were comrades rather than family members.

As I grew up, I grew in my brother's guidance. He was the one who would love my singing and ability to copy the toughest A.R. Rahman compositions.

For an introverted kid like myself, it was the validating pat on the back.

He ranked number 1 in secondary and higher secondary state board examinations and both times the media came to our house. His interview was published in all newspapers. I felt extremely happy but never felt threatened. Bhai was never a sibling so there was no rivalry. He taught me to be humble, kind. I tried to follow on his footsteps in fact. He meant the world to me.

But just a span of few years changed him from being my idol to a stranger I wished I hadn't ever met.

During his PhD days my brother’s mentality, point of view, attitude, and behavior — all of it changed. His humble nature was fading all too soon. We had our little fights but those never had any lasting effects on our relationship. But after his marriage, his behavior changed for the worst. He was more detached from me, scolding me more often that not.

All of a sudden he was a traditional brother rather than my best friend, my guide, and philosopher. The kinds that educated women hate in our society.

It all happened on that one day when after my graduation, my closest friend came home. Everyone in my family knew him very well and he had helped us immensely during my brother’s marriage preparations. He was about to go to Ahmedabad for a job for 3-4 years and he was upset. His family was going through some issues, his mother and sister were both ill and his father never cared for them. We went out together, bought some snacks, and once we were back home, we chatted in my room. My sister-in-law came to chat with us too but noticing that my friend was a little uncomfortable talking in front of her, she left. We had no idea that she had taken it personally.

My friend was in an emotional state so we went out and stood in the balcony. It was dark there and so he could cry. I consoled him. We did not hold hands, we did not hug or kiss but seeing him cry, I cried as well. It was 9 pm when he finally left, this was soon after my brother came back home. In his room he was informed about my 'wayward dirty action' of taking a male friend to the balcony and chatting with him till 9’o clock.

In Taliban they would have beheaded me for this 'act' according to my highly educated professor brother.

He came out of his room and called me in a rough voice suitable only for the worst criminal you know. What happened next is a blur of dirtiest slangs and words and the ugliest accusations. Suddenly the laadli of the house was labelled a ‘slut’.

I was a ‘prostitute’ as per my brother and I was demolishing his prestige by talking to a man in the balcony.

I, who had taken my friend to a mandir that evening and introduced him to the Purohit there as my brother, I who had never even kissed a man properly was a w**** suddenly.

I was called a woman who is ever ready to spread her legs before any man.

No one rescued me from my professor brother’s verbal abuse. It went on for an hour. I could not protest, I could not utter a word in my defence. He screamed so hard that every lie he uttered became the truth. I just wanted my ears to burst so I could hear no more. No. I was not saved. I was told that I am a woman and any 'wrong move' with a man makes me a s***.

A man cannot be a friend to a woman because she has breasts and she has a vagina. This led me to believe that my value is limited to my body and my virginity, without which I have no identity.

It led me to bitter consequences and actions that took years to be amended. My parents, my brother killed a big part of me that day. That day he also killed every ounce of respect I had for him.

What Sayari just narrated is probably every girl's story in our society. It makes you so angry but at the same time it's so relatable. If it wasn't your brother, it was your mother, father or sister who defined 's***-shaming' for you in real life. Please share this story because s***-shaming starts at home and every one of your family members needs to read this!

YOUR STORY
HOW'S THE JOSH
YOURS GEEKLY
LIFE IN THE TIMES OF CORONA
CULTURE SHOCK
BAKKAR. CHAI. SUTTA