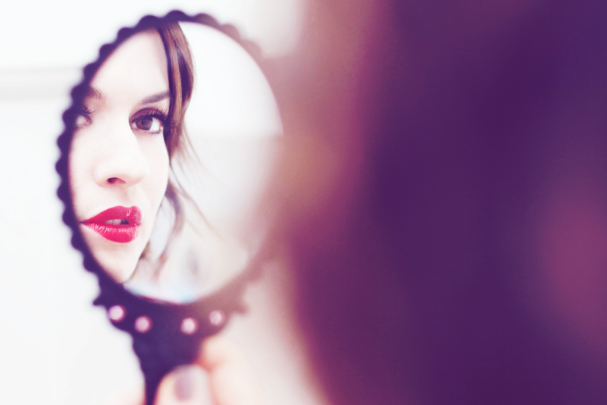 Sometimes, we fail to recognize the worth of someone who is right beside us through thick and thin. We take such people for granted and keep running after people who were never meant to be with us.

That's what happened to me in the last few years. I was in the 11th standard when all this began. I was living away from home for the first time.

My younger brother is a special child and unfortunately, my mom too is visually impaired and a little unstable. The atmosphere at home was not conducive to my studies so my father sent me away to a boarding school for my higher studies.

I used to be very pessimistic and short tempered. Perhaps my family situation had made me that way. I did not have anyone to talk to as a child. Hence I always remained cut off from everyone around me.

Then I met this man. He was 6 years older than me. He was working in a telecom company as a CCE and I used the SIM card that his company sold. Somehow, we just became friends. Although we had never met in person, I started liking him. When he came to know about this, he said he was not ready for a serious relationship.

He would openly say that he wanted a relationship just to pass his time. But I was a woman who believed in commitment.

Sometimes, he would try to start vulgar conversations but I understood what he was doing only after getting into college. When I realized what he was doing, I parted ways with him. I moved on with my life. I joined college and became friendly with one of my classmates who had been with me in 11th standard.

We had never been very close as friends but he would confess his feelings for me.

I always took him for granted assuming that he was just flirting with me. I also had a crush on a couple of boys in college.

But they never liked me. I did try to approach one of the boys but was rejected again. This shattered my confidence and self-esteem badly. I started thinking that maybe I don't deserve to be loved back by others. I however recovered from these phases again because they had merely been crushes. Who does not have multiple crushes these days?

Meanwhile, my friend from high school was still in touch with me. He would convey his feelings to me whenever he could and I would always push him away from my heart and mind.

After I finished college, I joined the IT sector. I was undergoing my training when I met someone who was exactly like me. We even shared the same hobbies. He painted. I sketched. Both of us were good singers. Both of us were introverts and wrote short poems.

I felt that I had finally found someone – a person whom I could connect to. Both of us admired each other a lot. He motivated me and never made me feel bad about myself.

So far, we were miles apart. But now he had to move to a city which was close to where I lived. We were so excited. I had already made lots of plans for us. By this time I had realized that I had developed feelings for him.

This time it seemed so real.

He moved to the city but he got really busy with his schedule. It was his first job and we could now talk regularly only once in a week. I would complain and fight about this. Then I decided to travel to his city to meet him. Some of my college friends too lived there. He would ask me when I was coming. We met and things went well.

I came back with thousands of dreams and butterflies in my stomach.

But two weeks later, I came to know that he was in a relationship with some other girl.

I was shattered – not because he did not choose me over her. But because when we had chatted casually, he had told me that he did not want to get into a relationship with me now because he had to prepare for his civil service exams. He said he did not want to have a girlfriend before that. He had also told me that there would be no commitment in a long distance relationship. And after saying all this to me, he had finally settled for someone who was living miles away from him.

He had stopped communicating with me. I too stopped waiting for his messages. He now knows that I liked him and I don’t want to annoy him by sending him messages frequently. I stopped messaging him too.

But all this while, that friend of mine was still my friend. He was by my side even when I was going through all this and always made me feel special whenever he was able to.

I have started responding to him in a better manner now. I now know what it feels like when you are completely dishonoured by the person you cared for. I wish I had understood and acknowledged his feelings earlier. I would have suffered less and he would have been happier. He wants nothing more from our relationship. He just wants us to be friends forever. I have promised him that we will remain this way forever.

We all have a few select people in our lives with whom we can simply be ourselves. We may not keep in touch with them for a long while, but we can always pick up from where we left off at any time of our lives. They are our good old friends. They are rare special people who are always there for us. Let's share this story with all our friends and let them know how much they really mean to us.