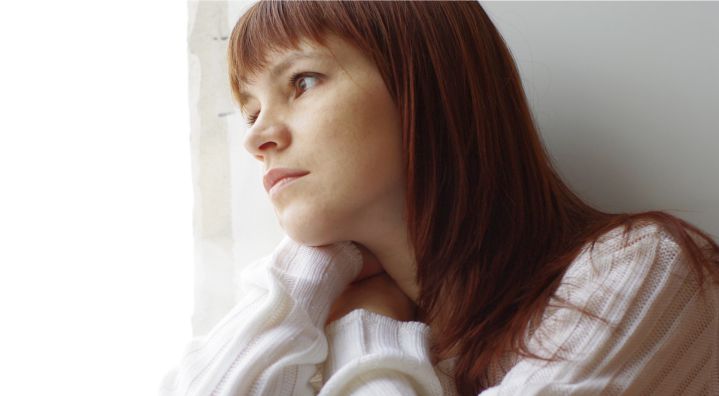 Love first struck me at the tender age of 16. This happened way back in the winter of ’97. The guy was my neighbour. He was a 21-year-old final year engineering student who was home for his winter vacation. He was fair, had a light stubble and silky brown hair that kissed his forehead.

He appeared decent and mature and that is what made him different from all the other guys.

I don't know when and how I got attracted to him. Initially, I just respected him since he was a nice guy. His sister and I were in the same class and we were good friends. One day, I went to her house and found myself face-to-face with him. My God! I had butterflies in my tummy. When he asked me something related to studies, I literally stuttered.

Since he was my friend's bhaiya, he’d by default be my bhaiya too. But I managed not to address him as that because he was such a handsome guy.

That was the first day I noticed him. However, I didn't have the courage to look at his face, so I noticed his feet; fair, clean, strong and bony with prominent veins.

I was sure that I was attracted to him and had a huge crush on him. However, I was worried that he would dismiss me as a kid. I had to get his attention but how? That’s when I realized that we had the same maid. So, I started gossiping with her to extract more details about him.

I discovered that he liked long-haired feminine girls while I had a bob cut and had never even worn an Indian dress.

Phew! I had a big task ahead of me. I purchased my first salwar suit and started growing my hair to impress him. Whenever he would come home, I would try to catch a glimpse of him. So far, he had not noticed me. We crossed paths once or twice and he simply greeted me with a Hi! However, even that meant a lot to me. Almost a year went by and both my crush and frustration were rapidly increasing. But things were not progressing.

I was beginning to think that I wasn’t his type.

A few days later, I was returning from somewhere and he was playing cricket with the colony kids when their ball hit me hard on my hand. He came running and held my hand to see if I was hurt. He seemed worried and scolded the children. That was the day our eyes met.

He looked gorgeous with his beautiful eyes, full lips and that sexy stubble. He kept apologizing to me but I don’t remember saying anything; I was tongue-tied once again. When I went back home, I was literally jumping with joy that he had touched me.

I spent the next few days fantasizing about our meeting and conversation and imaginary kisses too!

After that day, I realized that he had started to notice me. Whenever I was outside my house and he was playing cricket, he would look at me, sometimes straight into my eyes. I was confused. I felt that he was interested in me but he hadn’t said anything yet.

The next level of this affair was funnier. Every evening at 4.30 p.m. he would dribble his football on his terrace. That was the time when I was also on my terrace to water the plants. Slowly, I started picking up his hints and we would exchange small glances.

During those days, we didn't have social networking or mobile phones or my story would have been different.

Whenever he passed by my house, he would honk his bike or car horn. It was indeed a sweet phase that lasted for a good six months. Then he started working and I turned 18 with my hair now falling till my waist. By then, both of us were desperate to talk to each other.

Suddenly, there was an unfortunate incident and his father went bankrupt and ultimately, he committed suicide. All the responsibilities were now on his shoulders. His family decided to leave the city. The day arrived and I saw them leaving the colony.

He didn't turn back to look at me.

I kept standing on my balcony to catch one last glimpse of his. But he never said goodbye to me. Almost 22 years later, I found him on Facebook through his sister's profile. Today, he is a married man with two kids and a very successful entrepreneur.

But I am still unmarried because I truly loved him.

Share this story for all the people who have truly loved and lost because all of us have experienced that pain at some point in our lives.

Your Stories
HOW'S THE JOSH
YOURS GEEKLY
BAKKAR. CHAI. SUTTA
LIFE IN THE TIMES OF CORONA
YOUR STORY