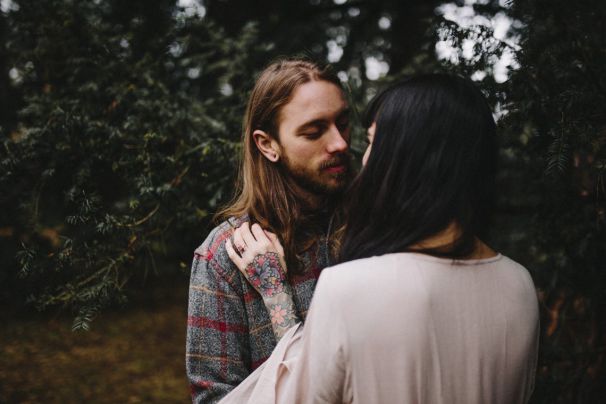 We both were working in the same organisation, we had been together for 4 years then. I thought this was enough time to trust a person completely. One day you came up to me and told me that you were no longer willing to work under somebody and that you wanted to start something of your own. You were going to leave this place (and me) for another city. I, being the supporting and trusting girlfriend, said okay. I still remember this moment like it was yesterday, you came up to me and said "l'll be gone, will you be ok all by yourself?" at that point I felt it was funny, cause why would someone ask something like that? But later I found out that the only thing holding us together was the office. Take that out of the equation, everything was disintegrating before me. The calls became sparse, you never came to see me.

The guy who used to talk to me for more than 8 hours a day, could not spare a few minutes for me.

At first, I thought, how is that even possible, surely he must be very busy with his startup project? I, like a fool, would stare at my phone willing it to ring and flash your name, but it never did. There were exactly 2 times we spoke after you quit. I used to keep calling you to find out if you were okay but always got the switched off voice message. I did not stop with calling, I left you messages on all social media platforms too, but all I got in return was silence or some excuse. A month later, I found out that you had shifted to another city. You had even changed your phone number. You had taken me out of your social media too! You just plucked me so unceremoniously out of your life and threw me away. What did I do to deserve such hatred? Why did you have to break everything inside me little by little until nothing was left?

It has been 2 years now and till this date I have not received any kind of note/message from you that explained why this was done.

I thought I must be the only unlucky soul in this world to whom this was done. But later I found out that this was a trend and it is called "Ghosting". You just become a ghost - a memory and an unclosed chapter. Why do people resort to this? Why is it easier than just telling upfront, it's not working out! At that point in time, I thought I'll crumble to the ground without you by my side. That I am done, and I can't live any longer.

But then slowly I started rebuilding myself and now things are getting to where I like them to be. There are still days I think about this and wonder, What did he get out of all this?

"How hard was it to send a text or a voice call to tell it's over?" Guess I'll never know now. I try to be the bigger person sometimes and forgive you for all this. On some days I succeed and on other days I fall back to the place of being a victim. There will always be a possibility of both happening. But I just hope the former wins all the time. For my sake and yours.