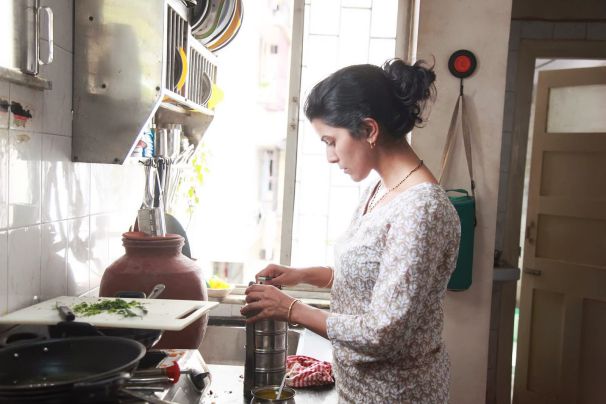 Love, they say, is blind. Despite warnings from friends and family members, I decided to ignore the tell-tale signs, and instead went ahead and married a man on February 24, 2011.

I had a very liberal upbringing, born in a family where there was no demarcation based on gender. Born 10 years after my parents’ marriage, I was also a spoilt brat, never having to bother about household chores.

My parents forgot to train me to be the ‘ideal’ wife or the daughter-in-law, they taught me to be financially independent instead and brought me up to be a self-sufficient, self-respecting individual.

Marriage to me meant companionship, the meeting of minds and the sharing of two lives. My ex-husband was my best friend (before marriage of course) and I believed that we would be one of those contemporary couples who didn’t believe in traditional gender roles.

I was working as a senior editor for the biggest media house in India back then. My work life was very hectic. My ex-husband worked in the retail industry and I felt that he would understand the demands of my job, being from such a high-pressure industry himself.

The disillusionment started very early on after the wedding.

The first shock came when my mother-in-law asked me to put on the pallu of my saree over my head while going out, at least for a week after the wedding.

I had never been a morning person; however, I was expected to wake up, shower, and serve my father-in-law his food before he left for office. I wondered how he managed his breakfast every morning before I was married off to his son. I came from a family where my father used to make the morning tea for all three of us, him being the man of the house didn’t stop him from doing so.

We had one full-time maid apart from a part-timer. There was also another help who was summoned from time to time for thorough cleaning of the house. So it wasn’t as if my MIL would have to slog it out while her evil daughter-in-law (yours truly) would put her feet up and follow her intellectual pursuits (reading books etc. were looked down upon by my in-laws). But they needed a third full-time maid for their lives to go on smoothly, I guess.

During the World Cup final of 2011, my husband and his cousin were glued to the television set, with bottles of beer to keep them company. Whereas I, a cricket fan, was relegated to the kitchen, frying fish fingers and chicken pakoras for them.

My in-laws played a very intelligent game. They wouldn’t openly criticise me (though their disappointment in me was pretty obvious), they made their son their mouthpiece who also told me just three months into the marriage that I would have to change 360 degrees, else the marriage would end.

I was basically told that I would have to wake up early, engage actively in household work, and also win his parents’ hearts by being the bahu they wanted. Basically one, who would come back right from work and immediately change identities by becoming the maid of the house.

All of this, despite the fact that for weeks at a time, I would come back home from work at 1 am and was also suffering from thyroid, which sapped me of my energy.

When my husband's relatives from the US came visiting, I was chastised bitterly by my mother-in-law for not checking whether his uncle’s mattress was changed or not. I was expected to give him his cup of tea the minute he woke up, which was quite early in the morning (I tried for a few days after which I gave up). His aunt passed snide remarks as to how I had no time to cook apart from a few occasional fancy dishes.

The final straw came in September 2012 when on one occasion my father-in-law crossed all limits and said that he hated the ‘status’ of my family, that I would be brought to my knees once my father passed away and all my ‘snobbery’ would be washed away in misery.

I walked out that day, telling my husband that I couldn’t live in that house, and we should have our own home. He took just one day to decide that he wanted a divorce, a decision he never changed.

I initially suffered from a lot of guilt post the separation, at times blaming myself, thinking I was too inflexible, that if I had bowed a bit, changed my stance, I could have saved my marriage. But today I know what they wanted was wrong to the core. They wanted a financially independent, professionally successful daughter-in-law to show off to the world.

To the world they are ‘modern’ while in their hearts they believe that a daughter-in-law's primary responsibility is to sacrifice herself at the altar of household work and to serve them.

A ‘glorified’ maid to be precise. The divorce was a blessing in disguise.

I live my life unfettered by the chains of patriarchy that unfortunately still bind our society, something that will still take years to change.

This post first appeared on Bonobology, written by Devlina Ganguly.

Share this story with every urban woman in the world. It'll be one step closer to attaining gender equality.

We are a website focussing on Indian couple relationships and making the process of being a couple easier.

YOUR STORY
POEM
LIFE IN THE TIMES OF CORONA
HOW'S THE JOSH
YOURS GEEKLY
BAKKAR. CHAI. SUTTA