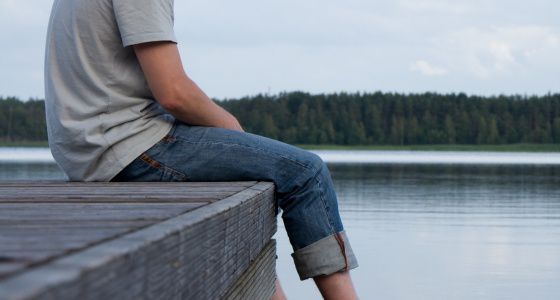 Hello everyone, this is my first blog here. After being urged to write by a friend of mine, I am finally starting off. I have many questions that I want to ask, many issues that I want to discuss. So here, let’s start with one. I read a disturbing piece of news yesterday, where a 30-year-old boy was killed in some part of our nation. The reason was that he dared to love a girl of another caste. And who had done it?

It was the girl’s family who slit the boy’s throat and killed him. The police have initiated action and the girl who is just 18 years old and was in a relationship with him since 3 years, is in utter shock. She is not responding to anything.

Here I want to ask a question to the girl’s father and family who killed that boy. What did you gain out of this? What was the boy’s mistake? For whom did you do this grave act? You just killed the boy because he was a Hindu and was planning to marry your girl who is a Muslim? And for whom did you do it?

You may say for your daughter’s sake but look at her now. What have you done to her? She is nothing but just a walking dead body now.

I don't understand when will this Hindu-Muslim discrimination end. And why do people still follow it? It is okay for you when a Hindu actress marries a Muslim actor and vice versa. You would read the news with great interest and accept it. But then why this discrimination against your own children? And look at those stars who set an example, aren't they happy together?

Two different traditions and communities, but aren't they together and accepting them so well? So whom were you doubting by doing all this? Your children or the values that you have put in those children during their upbringing?

There are so many examples of such hypocritical behaviour in our society and I don’t know when will this end. A friend of mine who was a merit ranker in her academics, in medicine liked a Hindu guy and so did he but they didn’t end up together because she knew her parents won't agree. Now she is being married to a rich guy in Abu Dhabi but is she happy? I want to ask her father, did he ever ask his daughter if she is happy?

A brilliant doctor she could have been but she is now a housewife and following all the dated traditions.

A guy from the same community as mine, who was successful in the Bollywood industry hung himself when his Hindu girlfriend's family was against their marriage. I asked a question to the girl’s mother when she was getting married in her mid-thirties, “what exactly you gained from this?"

"Look at your girl’s future now, look at the age when she is marrying and when will she start her family." All the mother could do was put her head down in shame.

I know that this has been the old age tradition, started by whom I don’t know. But I remember the history we have learnt, wherein a Rajput girl was married to a Muslim king and their togetherness is always fondly remembered. We do not live with this hypocritical perspective just in Hindu-Muslim casteism, but we also have casteism within the community.

We are brahmins we are marathas, what does that tell you about how good a person you are? What makes one caste inferior/superior to the other?

A very old acquaintance of mine whom I met the other day after about 5 years and had a talk with, told me that the girl he was in a relationship with for over a decade is not the girl he is getting married to. And it was only because the girl’s father was not agreeing to get her married to him for he belongs to a different cast than theirs.

This handsome hunk, with a well to do family and good income is struggling to get married to his partner only because the girl is of a higher caste.

When the girl asked her father how does caste matter, she was slapped and warned that he would kill himself if she defames him in the so-called society. I want to ask a question to the father, what society are you talking about? The building people or the colony people or the city's population? How many of these people from your so-called society came to help you when you were in need? When you had a problem, who besides your own blood helped you? Who are those relatives who will discard you for marrying off your daughter to a scheduled caste guy, to a man whom she loves?

Are they even worth calling relatives if they can't see your daughter being happy?

They both have been together for over a decade. They could have well eloped and gotten married, but they haven't taken any such step only for you. This is how you reward them for their loyalty? I want to ask the girl’s father, does he question the values that he has put in his daughter’s upbringing by doubting her decision? At 29, isn't she adult enough to weigh out good and bad things in her own life?

Now many would say that her father is being protective, but let me tell you one thing, if he was being protective then rather than seeing the caste of the guy, he would look at this family background, their morals and values, his ability to earn and get settled in life, not his caste!

I personally am amused by such thinking of parents. And if their thinking is such, then why are we surprised at incidents like the Mumbai bandh, that we saw a month back? This is how we are inducing hatred and difference in the society. Why blame some old man for it, when we have done it ourselves? What came out was pure anger in the minds of youngsters for the discrimination which they have faced on the grounds of their caste. For God’s sake, I appeal to all of you to get these caste barriers out of our minds.

It's very sad but this is the truth. We have reached the 21st century but only our calendars and clocks have changed. Our mentality is still the century old.

That's it guys, that's all I had to say. If you agree with what I said, then please share this with as many parents as you can. Thank you!

Share this story because it deserves to be shared.