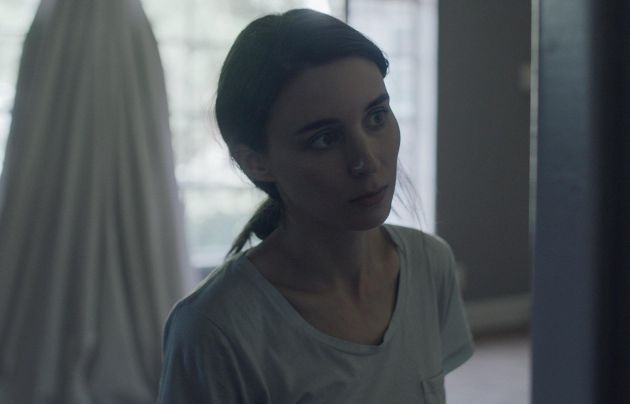 The phrase ‘Mano ya na mano’ made sense to me when I heard of this incident. We cannot give a scientific explanation for all our real-life experiences. When we tell others about such experiences, people think we are telling them a fake story. They may even troll us because we cannot really prove that such things happened to us.

My cousin Harish is a successful software engineer. He has a beautiful wife called Mahek. Like all other engineers, he wanted a good job with a great salary. He did get a good job offer but had to shift to Pune which was a new city for him. He knew Pune was a beautiful city but he did not know anyone in that city. But he accepted the job offer and shifted to Pune in a month’s time.

The couple went house hunting for a week after which they finalized on a house. The newly constructed building was about 6 months old. It was on the outskirts of the city near his office in Hinjewadi. No one had lived in the house before. The owner was happy because a family was moving into his house and he gave them his house key happily.

Everything was fine till 11 a.m. when suddenly Mahek heard some noise. It was as if someone was turning a page of the newspaper. She looked back and to her horror, she saw an old man sitting on the chair. He was reading the newspaper. He did not look like a real person. He looked like a blurred figure but she could clearly see that it was an old man.

Mahek shouted at the top of her voice and said, “Who are you? How did you come inside?” There was no response from the old man. She shouted again but did not get any response from him.

Mahek was terrified. She quickly ran into the room and locked herself in it.

She then called Harish.  She said, “There is someone inside our house. Please come immediately.” She then explained the whole situation to him. Harish rushed back home and rang the bell because it was locked from inside. Mahek gathered all her courage and went to the drawing room.

Mahek noticed that no one was there in the drawing room now. The door that opened from the drawing room to the balcony was locked from inside. She quickly ran to the door and opened it. Harish hugged her and tried to calm her down. They went inside with a neighbour and searched the whole house.

No one was there.

Harish had to attend an important call. So he returned to his office. Mahek decided to stay back in the house with her neighbour. They chatted for some time. Mahek then made some tea for her after which the neighbour helped her unpack her things.

She turned back and to her horror, the same old man was sitting on the chair again. This time he was watching TV. But the TV was not on and they had not yet got their cable connection. She looked at her neighbour and pointed at the old man. She shouted at him and told her neighbour that the old man had returned again.

Her neighbour was taken aback. She looked at the chair. But no one was there.

But Mahek could clearly see him and hear all the noises that he was making. They both ran in fear to the neighbour’s house. She called Harish and started crying like a baby. Harish rushed home and tried to console her.

Her neighbour was sure that no one was there. She said only Mahek was able to see him.

Harish took her home and searched for him everywhere. He couldn’t find anyone. Mahek was traumatized by the entire incident. She simply could not sleep for even a minute. Harish was worried about her health. Everything was normal during the night.

Harish was sure that except the two of them no one else was there in the house.

The next day he had to go to the office because he had an urgent meeting. He promised Mahek that he would be back by lunchtime. He asked Mahek to keep the door open. He also asked her to go to the neighbour's house if she sensed anything again. Things were normal until noon.

But after some time she saw the same old man again standing on the balcony.

She ran out of the house and called her neighbour. She couldn’t see anything but Mahek kept pointing to him. Harish rushed home after Mahek called him. But he too could not see anyone there.

He told her that she was just having mental illusions because actually, no one was there in the house. He also told her that except her no one else could see the old man.

Harish scheduled an appointment with a psychiatrist the next day and tried to calm Mahek. That night Mahek did not have the courage to go back to her house. She did not allow Harish to go there too. He was embarrassed to stay with her in her neighbour’s house but he did so for her sake.

He went back to his house early in the morning the next day. He checked everywhere. No one was there and nothing seemed amiss. Mahek was still fast asleep in their neighbour’s house because she was on sleeping pills. He made some tea for himself and took his bath. He arranged Mahek’s clothes in the cupboard and started dressing up as they had to consult a doctor in the next few hours. He then decided to unpack a few more cartons because he had ample time to spare.

That was when he heard the rustle of the newspaper. He looked back but he did not find anyone there. But he could sense someone’s presence. He could clearly hear the pages of the newspaper turning one by one but he could not see anyone.

He shouted and said, “Who are you?  What do you want? Show yourself to me.” But no one came out. Harish became nervous and started sweating. But he did not leave the house. He shouted again and again but there was no response.

After a few minutes, he sensed someone walking out of the house with mild footsteps.

The door was closed. It hadn’t opened when he walked out. There was pin-drop silence in the house again. Harish sat down because he was horrified by the entire experience. He realized that his wife had not been wrong when she told him about the old man.

Mahek had been traumatized because she was telling the truth. But no one believed her because no one else could see the old man.

Harish went back to his neighbour's house and told her everything. He called the owner and inquired about everything. No one else had lived in the house earlier. No one had died in the society.

But some society members did acknowledge that they too had seen the same old man a few times. They said that the old man went out for a walk around the society regularly. They couldn’t identify him because no one had his photograph.

Harish and Mahek shifted to a new house which was far away from their current locality. It took them some time to come out of their traumatized state of mind.

Both Harish and Mahek can just share their horror-filled experience with others. Only they know how painful the entire experience was. They cannot prove anything to anyone. Like I said earlier – some stories are very difficult to believe but they are very very true.

Most Indians have immense faith in concepts like God, good/bad vibrations, our soul/conscience, rebirth etc. Some people try to rationalize such concepts. Others just know that we need to experience such concepts to believe in them. All of us have the liberty to believe or not believe in such things. Let’s learn not to worry too much about what others think. Let’s just share this story so that we all realize how traumatic such experiences can be.