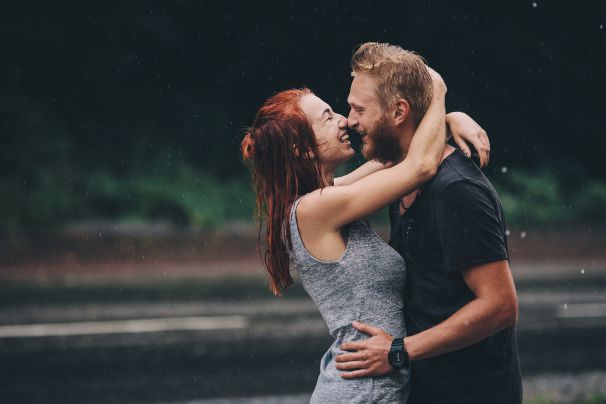 While struggling to wake up from my beautiful dream and trying to shut the alarm on my phone, a Facebook notification caught my eye and I was loaded with past memories. Thanks to Facebook’s memories notification, the painful feature that has started showing whom you became friends with and when, and how it all ended down the lane.

I tapped on that notification, and there I was, looking at myself from 7 years ago. I had quoted the lyrics of a popular Hindi song by then, one that I'm positive I kicked out of my playlist at least 5 years ago.

But revisiting my post, and all the comments underneath, memories came flooding back. It was a ghost of the rush in my head that I had 7 years ago, but it still came back. I was in love, and those lyrics were breadcrumbs for someone to follow.

I first met him in my new job in a new city. He was my lead, but more importantly, he was a beautiful human being. From our very first group meeting, I knew that I was magnetized to him. It wasn't just how smart he looked, it was the extraordinary way in which he was knowledgeable and articulate.

Soon enough, I was looking for excuses to talk to him. Being the new girl was a slight setback in getting facetime with him, but the itch had to be scratched.

I was in a long-distance relationship with someone else at the same time. So I knew with some amount of certainty that this boss-crush thing was just infatuation. And I was a fool to believe that it would go away. But I was the one who went everywhere that he did, and on one such team outing, I discovered that he was also in a long-distance relationship with someone else.

But as time would have it, I got directly involved with him and got to spend time with him, thanks to the multiple projects we worked together on. There were more work meetings than I had imagined, and one such fateful meeting was in the evening, when the conversation surpassed the area of work and down an entirely different rabbit-hole.

He told me about his girlfriend and how he wanted to break up with her, but she was threatening to commit suicide. That was the kind of fix he was in. I told him that he should do what his heart wants instead of dragging a meaningless relationship. His girlfriend may not have realized it, but it would ruin her life as well as his. That was the end of my discussion with him, and it was only months later when I discovered that he had entirely broken up with her.

And now, it was my relationship that had to face the music.

Over this period of time, my boyfriend turned around and sharpened his abusing skills. The torture was physical, mental, and his weekend visits to 'keep the relationship going' was completely used up in checking my phone. He had a problem with the clothes I wore and the colleagues I hung out with (special spotlight was on the men). With nobody to turn to, I shared my plight with my team lead and he sagely advised me to dump my boyfriend, and grab the life I deserved.

After six months of trying, I finally got rid of my boyfriend. The next six months then became the time for my team lead and me, and we made an extraordinary friendship bloom from it.

Our relationship grew, just like nature would have it, and it took two years to mature into a full-blown love story.

Although we were happy, he broke up with me without giving me a reason I could comprehend. He wanted me to forget the memories. He wanted me to overlook the fact that nobody could love me like he did, and deny the beauty of our long rides. The truth of having a boyfriend who would nurse me through sickness and go out shopping with me vanished into thin air.

Let's not talk about memories, I have a treasure chest full of them. But the briefest snippet from the depths of my Facebook memories can bring back everything- love, heartbreak, and the quiet ocean of emotions.

Share this story because memories never stop being a part of you and your beautiful life.