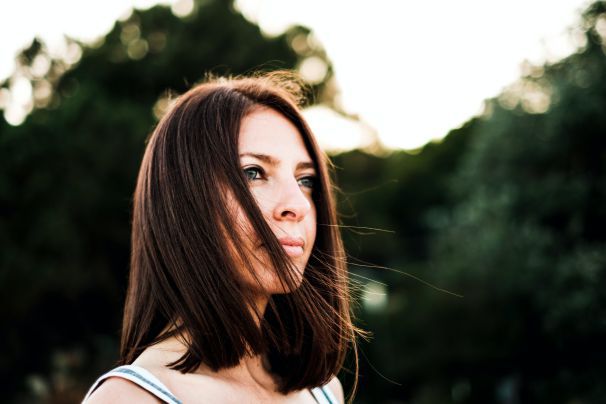 Some secrets are never disclosed. Today, I want to write about something that I feel is the scariest experience of my life.

Back in 2012 I was a 21 year girl who just wanted to have a good job, to do something worthy and who was ready to take all the challenges in life. At that time right after my graduation I had started working in a small educational institute and simultaneously I was looking for other options as I was not happy with the pay.

One day, one of my friends told me about a job opportunity. She shared a contact no. and told me to connect with this person. The next day, I dialled that number, a man picked up my call and asked me to come for the interview. The interview was in a hotel lobby but I didn't think too much about it. I thought it's because their office is in other city. I went to that hotel, there was one more girl with me. A middle aged man came and greeted us. He didn't ask us many questions about our professional experience and we were told that he will get back to us.

The next day, he called me up and said I have cleared my first round of interview and for second round I will have to go to Bhopal. I didn't give a second thought, as they were offering a good salary along with a free hostel. They said they were a 'semi government' organization, mainly dealing with power plants. I had no idea about these things. All I could see was the good salary.

I decided to convince my parents. They were reluctant as I had never travelled alone to any other city. They had said, "beta, pata nahin kya hai kaisa hai". I convinced them by saying that without going over there, how would I know whether it's right or not. Finally, next morning I gathered all my certificates and left for Bhopal. It was a four hour journey from Indore by train. At that time, one of my uncles was living in that city and I thought before going to the interview location, I will go to meet him and get freshened up. But soon as I landed in Bhopal, I got a call from another man and he asked me to directly come for the interview.

I took an auto and went to the location. It was a huge, highly reputed township(that I realized later). I saw a man moving towards me in black Mercedes and he came and asked me to get in the car as he was from the same organization and had come to pick me up. I sat down in the back seat of the car.

I noticed that his eyes were traveling all over my body and then he asked me a weird question: "do you wax your body"?

I was a little shocked, but ignored it. Instead of an office we went to an apartment and the same man who took my interview at first, was sitting inside. There was a girl in full makeup, wearing revealing clothes and they addressed her as HR head. It was morning at 11. They started discussing their projects and at the same time were showing me pictures of the girls working for this organization. Those pictures were, what I can say- indecent.

I knew in my mind that there was something suspicious. Then they took me along to meet a senior police man and when we were coming back to the apartment, they said they are used to having parties and they give extra payment to their female employees for shopping. I didn't understand why they were discussing these things. When I reached back to the so called interview location, I thought of freshening up. So, I went upstairs as they said there was a room where I could take rest. The woman who was addressed as HR was there and she looked at me and what she said, sent chills down my spine.

She said "You look like a simple decent girl coming from a good family. How did you get into this? Don't you realize what they want to do with you? There is no job. It's just that you will have to sleep with high profile people of this city and sometimes from other city".

She also went on to say, "I was like you but got into this trap. Now I have everything but I have no respect for myself. I chose the wrong path". Thereafter, she said "please pretend that you don't know anything and just be with us. Behave normally. By the evening, you can go to your Uncle's place and never look back".

I did as asked. I am a good actor. We had lunch together and then the two men and that woman along with me, went for shopping. They kept insisting to buy something for me and I did. Then I said to them, "let me stay at my Uncle's place as they were waiting for me". Thankfully, they dropped me.

Before leaving the car I left the stuff I had bought, in it. Finally, I was out of this and felt relaxed. Next morning, I got a message from them to join them for travel to Indore. I replied back saying that I will not join your organization as I have got a very good opportunity in my Uncle's company.

It took me a lot of time to get over of this. But I still think sometimes, why he thought I will do such things? May be because I was innocent and wanted to make money. I can't thank that woman enough, for saving my life.

Sometimes, it takes just one wrong decision to ruin our life, and just one kind person to save it. Let these stories be read, so that another person somewhere is able to take the right decision at the right time.