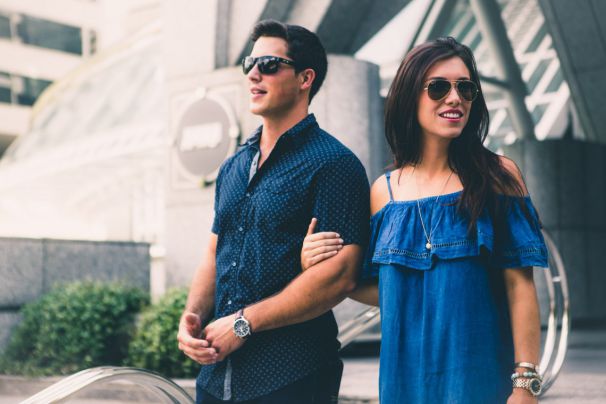 My first and last relationship was until class 10 only. It lasted for 2 long years and in between, I caught her cheating but still, we were together again as she was guilty and I loved her. But that emotional bonding was broken and it didn't last more than six months. After that period, I never tried seriously on any girl. I have felt for many girls but never confessed as the feeling was not that strong. Four years later, in the final year of my college, I met a fresher. She was just so beautiful and understanding. In a world full of practical people (she was also one of them), I tried to become one of them. But inside I was just an emotional fool. We got into a friends-with-benefits relationship.

Despite the physical relations, we had the strongest bonding in our group. This was a no strings attached relationship but in the course of time I realised that I had got really strong feelings for her.

She had been in serious and casual relationships before. But for me, this was my second relationship. I lied to her to that I have been in many casual relationships before and this thing affected me later on. She started feeling for one of my best friends and jealousy had overcome love. It's quite impossible for me to hide my expressions. Although her feelings didn't last for long, she felt guilty for being in a casual relationship with me as she didn't feel for me. I got hurt when she ended this, as I had never required any commitment from her because at least she was with me, but now we were back to being just friends.

And to console me she said that as I have been in many casual relationships in the past, I can overcome this.

This was a time of regret for me as I had told her all lies. Still, after that period I started putting more efforts into chasing her so that one day she could feel for me too. Currently, she is single and has no feelings for anyone. But I can't be just her friend. Sometimes I feel just happy to be with her without caring for her decisions or what she feels for me but the next moment it's quite painful knowing that, we are best friends, we understand each other, and the compatibility between us is so great yet we are not together. We know each other completely by soul and the body. Then why can't she feel for me?

This is the confusion that doesn't let me sleep daily.

Share this story to help the author with his dilemma.