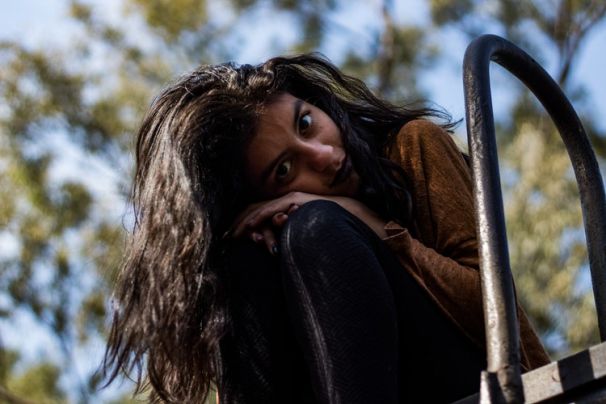 I was in my 9th grade and we all were on our way to my first cousin's wedding. Just a little about me, I am a black belt in Judo but could I do anything that day when I was sexually abused by real maasi's husband? No, I couldn't because I could barely understand what was happening and all I knew and remember is that it was very painful.

We were on our way to my cousin's reception to Patna on the bus which has bed seats.

At that time, I was on my periods and had bad cramps. So I decided to go up and take a nap to get all fresh till we arrive at the venue for the reception. I never knew this decision of taking a nap would turn into the worst nightmare which haunts me till today. I am 22 now, and it happened when I was 15.

To begin with, this person was enjoying with all other on the bus. They all were having a gala time singing songs and then all of a sudden, he comes up on the same bed where I was lying down. I guess I was half asleep and did not really realize the movement but when he lied next to me, I felt a little uncomfortable. So I got up suddenly and he said "Beta, Kya Hua? Aaram sey leyto. Don't worry." I was in so much pain as it was my 1st day of periods and so decided to get back and sleep without thinking much. After 5 minutes, he covered me with a blanket which was there on that bed seat as it was winters.

I felt good that he cared to do so, I never knew he had something very evil in his head.

After covering me up, he decided to come inside the same blanket. I moved a lit bit as my lower body was touching his and that made me awkward. So I pushed myself towards the window to get some sleep. Slowly, he moved his hands on my stomach and I couldn't say anything. I just pushed myself more towards the window and the discomfort level increased. And then he came closer.

He moved his hand inside my top and I started shivering.

It was winter. His hands were cold as ice. I felt so scared, the feelings was disgusting. I moved more inside and now there was barely any space to make a movement. My body was touching the window completely and I started shivering even more. He then moved his hand inside my bra and pressed my chest so bad, it was terribly painful. Tears started falling from my eyes. He pressed it harder and then he realized I was crying so he stopped and started massaging it. At that moment, when I decided to get up he suddenly pulled down the chain of his pants. But without saying a word, I just got up and moved down.

I realized that there were curtains and so no one saw him doing this act.

When I ran down in tears to look for my mom on the bus, I found everyone fast asleep and the lights were dim. I was in pain and was crying, and then I saw my mom and ran into her. She too was sleeping. The seat next to my mom was vacant and I decided to sit there and closed my eyes. My tears kept rolling down my eyes. I wasn't able to accept and sink what had happened in just 10 mins. I was in too much pain. I can't stress on this much and what happened next was so weird. This person came down again and had the audacity to walk up to me and say, “Come Beta, I will make you sleep.” I don't know how to say this. After the trip, I discussed it with my parents. Just my mom and even today we have relations with them. This man still attends all our family functions. My mom says that I might have interpreted something wrong. I don't know how one can think like that.

A girl understands a good touch and a bad touch and this went to a next level.

I still feel traumatized when I see any child getting abused. That incident has devastated me completely but I cannot do anything about it. I am helpless.

All children deserve to be heard, protected, and helped, no matter what. Share this story, if you agree.

JUST IN
Your Stories
YOURS GEEKLY
HOW'S THE JOSH
BAKKAR. CHAI. SUTTA
POEM