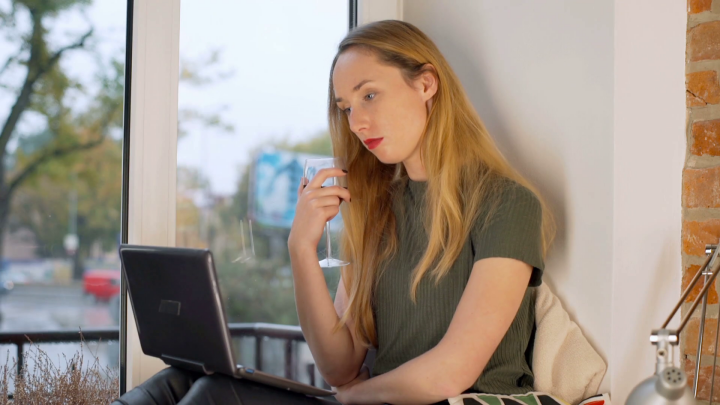 My friend had come to Kerela for a holiday with her family and some friends, and my husband and I went there too. That meeting went well, normal actually. After my marriage, it was nice to meet an old friend after so long. We spent some hours together and then returned home the same day.

One day, I get a message on Facebook from my friend’s friend who had joined us in Kerela. He lives away from his family because of his work. We chatted a little that day.

Some days later, we began chatting in the afternoon; we both were usually free at the time and slowly began sending each other songs, ghazals, shared our likes, dislikes and more. He always praised me and our conversations increased.

Because of my early marriage, I’m the mother of two beautiful children who live in a so-called, ‘happy marriage’.

Meanwhile, he went to meet his family and during that time, we barely got a chance to speak to each other. Both of us realized that we were missing each other, a lot. I couldn’t confess this to him, but he did and I told him that I felt the same.

He told me that he had fallen in love with me. I didn’t understand what to tell him. He also confessed that he loved his wife a lot, but me as well. I refused to take the conversation ahead. I admit we both were each other’s confidante. Gradually, we grew much, much closer.

One day, I told him all about my life, something I hadn’t even shared with my own husband. I got married twelve years ago to someone whom my parents felt was right for me. I was only 20 then. I was responsible and my in-laws and husband were extremely supportive. Because of their help and co-operation, I pursued my studies after my marriage and even got a good job. I was living a happily married life, until three years ago, everything was going well.

My husband is someone who enjoys a drink at the end of his day, this I knew, but three years ago, I found out that along with his alcohol, he enjoyed the company of prostitutes too.

Since that realization, I was broken. I couldn’t even ask him why. I didn’t say anything to anyone because I didn’t want our marriage to come to an end; I had my in-laws, my family and more importantly, my children to think of. It felt right to stay silent.

I was lonely. And just when I thought that I had to live like this for the rest of my life, I met this man. This married man suddenly became my everything. He listened patiently and told me that he would always support me, to the best of his ability. Every time we spoke, he told me that he loved me. One evening, I couldn’t stop myself and told him that I love him too.

We began talking on the phone, a lot. He spoke to me about meeting me; holding me, kissing me… talking about it gave me a strange sense of satisfaction. Even though we lived in different cities, he told me he’d arrange for a way for us to meet. I always said no. I didn’t have the courage. Now, our relationship is stuck at a strange point.

I do not want to cheat on my friend by getting into something with her friend’s husband. But the support that I needed at this point in time in my life, I only found in him. I try to avoid his calls and messages, but there are days when I just need to hear his voice to feel alright. I don’t think I’ll ever gather the courage to meet him. Sometimes I wonder if it’s just lust that’s mistakenly veiled itself as love.

I’m confused, I don’t know what will happen to us. I just know that he’s become very, very special to me, and I’m not ready to let go.

Share this story, because sometimes life pushes you into a corner and there are only a few options we have left.