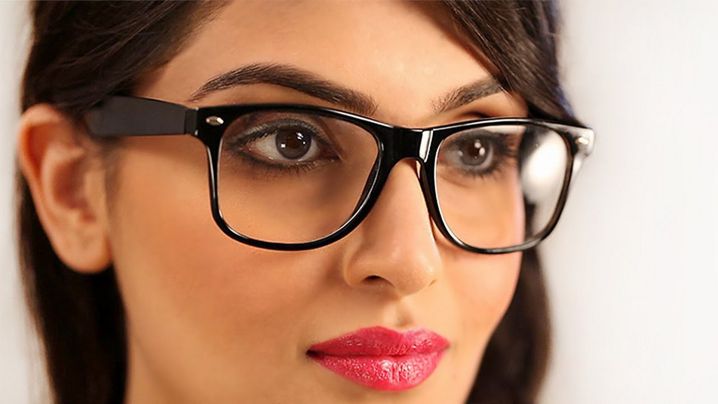 I met a random man in the virtual world. We got to know each other pretty well without disclosing our real identities. Our relationship continued for several months. I was the one who had initiated a conversation with him. I had sent him a message despite knowing that he was much older than me. We kept in touch by chatting with each other and slowly we started conversing with each other regularly. He would never share too many details about himself. But he would always ask me about all my likes and dislikes.

He would also ask me to upload my profile picture on the site we usually chatted on. I was hesitant about doing this so he started playing guessing games with me. Finally, I uploaded a photograph on the site and he was very appreciative in his comments. Like all other women, I too liked being appreciated.

Soon chatting and talking with each other was a part of our routine. He would call me immediately if he did not see my message on Google talk. He would ask me why I was not yet there and would wonder if something had gone wrong. We would then get around to chatting on a Hangout call.

Sometimes he would ask me if I would be willing to meet him. I saw no harm in meeting him. So I agreed to do so. Our conversations became more personal in nature now.

He would often talk about sensual things in our conversations. When I asked him to stop talking in this manner – he would get offended and say that I had ruined his mood.

He would then say that he always tried to excite me but I never appreciated his efforts. So I would apologize to him several times and he would finally accept my apology.

One day he sensed that I was upset about something. When he asked me about it I told him that I was not very happy with my current job. He asked me for my profile and salary details. He gave me a few references and did his best to help me out. I thanked him and asked him why he had done all these things for me. He said that these were just little favours and nothing more.

Our sensual conversations continued and we both had started enjoying our chats now.

A few days later he was feeling pretty low. When I asked him about it he did not really give me a reason for it. I asked him if he would like to meet me for a coffee. He agreed and said he was coming to my office in a few minutes. I told him that I could not just leave my office like that in the middle of the day.

I realized that he had become very affectionate with me these days. I knew he liked me and had started loving me too. I would try to make him realize this. I did not want him to get hurt due to our relationship. But he did not like it when I discussed such things with him.

I would try to cheer him up whenever he was upset by asking him to visualize me kissing and hugging him. I would ask him to imagine that I was holding his hand and walking with him. I would then tell him to think that we were enjoying a cup of coffee together.

He too would reply to me in the same manner. Our nonstop conversation would then go on till late in the evening.  He would ask me to continue talking with him. So I said I wanted to meet him. He then said we would plan about it first and then meet. We then decided to meet on a Sunday.

But when I opened Google talk on Saturday morning, I saw his message saying that he could not meet me the next day because it was his wedding anniversary. I was pretty upset when I read this and felt that he did not want to meet me so he was just creating some kind of an excuse. So I just sent him a message saying, “I was expecting this from you. Bye.” He replied saying, "No bye, please. You are not trying to understand my problem. You put me off today." I said, "I understand your problem but I didn't feel too good when you cancelled our meeting so I just reacted to it." When he called me I just asked him to carry on with his anniversary plans and not to bother too much about our meeting. I told him we could always meet at some other time. He said, "OK."

He did not express his feelings to me openly and I too kept my feelings for him to myself.

But I knew he was playing this game with his mind and heart while I was playing it with my heart alone.

I also sensed that he was scared of our first meeting. Maybe he did not want to create any kind of problem for himself. Maybe he was not too sure about how I would react when we met for the first time.

When he shared this thoughts and feelings with me I just told him that we will go with the flow but will think through things first before we move on.

I felt bad for him and asked him to meet me on another Sunday. He was OK with this and so we made plans to meet. We met and spent our time talking about general things. Actually, we did not know what to talk about and felt a little foolish too.

He then held my hand for some time. I did not feel too comfortable with this so he left it. I then asked him why his hand felt so hot. He said, “It is always like this.” He then offered to shop for me. I refused his offer and said, “I don’t want anything from you right now." We finally moved to the parking lot and he said that he would drop me home. When we sat in his car he kissed me and started caressing my breast. I said, "No!" A minute later he kissed me again. And again I said, "No!"

I asked him if he had wanted me to meet him only for this. He became angry when I asked him a question like this.

I told him that I had only asked him if indulging in physical intimacy was necessary for our relationship. He just said, "Sorry."

I told him to break up with me if he felt like doing so. He said, "I did not start things to break up." I said, "Sorry." Finally, when he dropped me home I said, "I don't want to leave you right now." He said, "Let me go home first. I will be fine after a while and will chat with you later."

He did not chat with me after that. In fact, he blocked me and refused to talk with me. He also blocked me on Google talk. I was really very upset when he did this. I do understand that I have hurt his feelings a lot. I even apologized to him several times. I begged him to just listen to me once. But he was not willing to listen to me at all.

The point that I want to make here is this:

Why is all this so very important? I am not the kind of person who enters into a relationship just for the heck of it. If I have invested my emotions in the relationship, it means I value the other person a lot too. I become deeply attached to the person but I also feel that affection, care, love, sharing etc. are all a part of the relationship. I know for sure that this does not happen all of a sudden and that such aspects evolve over a long period of time in any kind of a relationship.

But after this experience, I am not too sure about myself now. I don’t know what to do.

I am praying for him to come back into my life. I have called him several times. But he just said, “You insulted me.” I said, “I was not ready for such things.” So our relationship has come to a standstill now. The question that continues to linger in my heart is:

Is it necessary to indulge in sexual activity to hold on to a relationship?

To all the girls who are reading this. Be aware of people who fake their emotions. Maybe they have something else in mind when they forge a bond with you.

Love often creates confusion. Maybe women think love primarily means affection, warmth, care and concern. Maybe sex is the last priority in several women’s lives. Maybe having sex with a woman is a man’s way of expressing how deeply he loves her. Maybe we can strike the right note of love in a relationship when we try to understand our views on love with each other first. Let’s share this story and discuss our views on love with one another.