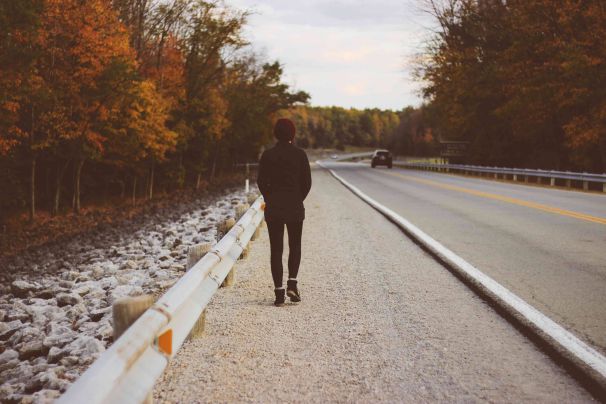 I come from a well-to-do business family in Mumbai. I never drank or smoked my entire life. I studied at one of the best universities and my life was a smooth-sailing one.

One day, my parents decided that it was time to start looking for my “better-half”. I was 25 when they started this process and after looking at almost 40-45 proposals, two years later, we couldn’t find anyone suitable enough who matched my parent's standards, or mine. Finally, we stopped looking when I was 27 and I told my parents that it was time that I try on my own now. While they weren’t comfortable with this idea, I was firm and decided strongly to go my own way.

As days passed, I lost my interest in marriage and life went back to normal. A close friend invited me to a house party since his parents were out of town for a few days. I attended the party and got introduced to some of his good friends. One of the highlights of the party, was when I met Kavita. We clicked, in the most fantastic and unimaginable way possible; I felt like I had known her all my life.

The party went on into the early hours of the morning and I got a chance to drop her at her house. She was very friendly and we exchanged numbers before she left off. We immediately began texting and talking to each other for hours. We met up for coffee, movies and even went out for long drives.

Days passed into weeks and soon, weeks into months. Almost 4 months passed by since we had first met and we truly enjoyed our time together.

I got her introduced to my parents and proposed to her for marriage. She agreed and with the consent of our families, we immediately got engaged within a few weeks. We both were from good families and without siblings. Life was absolutely smooth and we were madly in love. One day, we both couldn’t control ourselves and when we were out of town, we got physical. We just couldn’t keep our hands off each other.

Soon, with just a month left for our wedding, the real problems began creeping in. We began arguing and got into small fights too. We reached a point when we were ready to break our marriage plans too. But we patched up and decided to put our differences aside. Our families weren’t ready to continue with the plans, but we were adamant and finally, they agreed.

Life was a little different after our marriage and we went to Australia for our honeymoon. Throughout the holiday, all we did was fight. Sometimes, the reasons were so stupid that we would end up laughing for hours on end after that.

Once we came back to Mumbai, we thought that things would get better; but unfortunately, it just got worse. Through mutual consent, we decided to get divorced eight months later. She was a working woman in the corporate world and she realized that she wasn’t ready to compromise, in spite of me having a sound profile financially.

We both got divorced in December 2010. We both met at the family court in the morning and things were very amicable between us. I knew that it was the right thing to do, but I still regretted how things had turned out. On the day of our divorce, we both went to a coffee shop and sat there for hours, talking about all the good days we had. Our chat soon turned into us spending a passionate night at a nearby hotel. We both decided to start dating from the next day, but of course, kept things very quiet between us.

This was our turning point.

We met almost every second or third day and almost every weekend too. Most of the weekends we were locked up in various hotel rooms. So one day, we decided to finally rent a flat a bit away from the city. This went on for almost four years and soon, we realized that we couldn’t continue this any longer because of our age. She was 32 and I was 34. So we both decided not to see each other again. I shifted to Dubai for work, but one of my main reasons was to forget her and get my life back.

Soon, after a few months, I found out that she had married a divorcee. She messaged me one day, saying that she just couldn’t forget me. Especially after her marriage. It’s been four years now, she’s not messaged me since. And neither have I. I wanted her to have a good life and to completely and happily move on. Today, I’m still single and I remember Shah Rukh Khan’s dialogue, “Pyar sirf ek bar hota hai.”

Share this story, to shed light on the relationships that don't live to see the light.