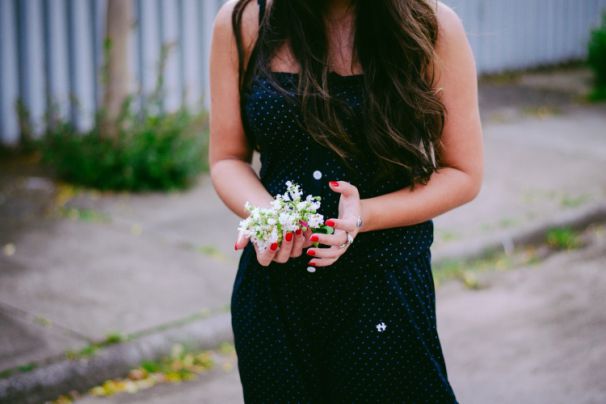 My name is Rithu (name changed), I’m 39 years old, entering the 17th year of my marriage and blessed with two wonderful kids. You’d think that God has given me all that I need: a supporting family and a husband who understands me more than I do myself.

But that’s how happy endings work, it’s the journey that surprises us- makes us want to believe in happy endings.

I was 8 years old when Sam (name changed) entered my life. He was 20 and is my cousin brother. I’m not sure how and when I got attracted to him, but at that age, I was infatuated. He used to come to my house every single day, our parents were extremely close. Sam became my friend, a teacher, my mentor, soon enough, my whole world.

Things changed between us when I turned 12. Whenever he got a chance to be alone with me, he started touching me, inappropriately. I never complained to my parents. Never spoke a word about it to a soul. No one doubted anything.

I tried my best to avoid these situations when we were alone, but never told him anything. I was 14 when I hit puberty. A lot of things changed within me and as the days passed us by, I started falling in love with him and even let him touch me.

It didn’t take us long to get physically intimate, but I didn’t sleep with him.

There wasn’t a day when I didn’t meet him. I had no friends. My day began with school and ended with Sam. It’s only now, watching my kids grow, I’ve realized on how much I lost: my entire childhood.

When I was 16, my parents caught us. We weren’t allowed to meet after that. My parents lost their faith in us, in me. Life became hell for me. But that wasn’t enough for me to stay away from him.

Sam rented a house near my school and we continued to meet there. Every day after school, I would go over to his house; trusting him, blindly. My life began falling into place: my grades were exceptional and I had plans to get into an engineering college- and of course, I had Sam.

I was 19 when I slept with him for the first time. It was beautiful and I felt closer to him than ever. I began to see myself as his wife. This went on for a month, until we got the news, Sam’s parents began pressuring him for marriage.

I was naïve; he never did this. Any of this. Before I knew it, his family began preparations for his wedding. I cried, shouted, begged him to do something about this. Again, he promised me that he would.

And once again, I believed him with all my heart. A few days later, he was engaged. The crying, shouting and begging began almost immediately from my side. He convinced me, yet again, to believe him.

One day, he came to me with a solution. We were to get married, in a temple, with only God as our witness. I had no one to share my concerns or excitement with regarding my ‘marriage’.

My new life began in a bubble: one that consisted of just him and I. I went back to my home as usual, continued to attend my classes. And once again, my naivety caught up with me and the bubble burst.

A month later, Sam was married in a grand wedding ceremony. Turns out, he was continuously in touch with his fiancé (now wife). A part of me thought I should've said something, but to whom? And with what proof? All I had was Sam.

I decided to stay quiet and not stir up any trouble for him. I loved him this much. But my life crumbled around me, slowly and steadily. Somewhere, I refused to believe that he was not mine.

My marks dropped, I lost interest in my studies and my life. I slowly sank into depression. I even tried to kill myself, twice. I was saved, but my health and my heart, badly affected.

My parents only held me responsible for my actions. I still didn’t tell them about Sam. It wasn’t soon after, that I got my first heart attack and Sam, his first child.

It was in the hospital that I knew that I couldn’t continue my life like this. Even though I couldn’t change my feelings for him, I picked myself up and completed my engineering, even landed a great job. I started calling him.

Our conversations lasted for hours. I started believing that I was his wife, again.

I was 23 when my parents began pestering me for marriage. I ran out of reasons to avoid marriage- I knew I couldn’t tell them about my secret wedding. I couldn’t do that to Sam. With these thoughts, I agreed to get married and began my new life with Sidharth (name changed).

To this day, I’ve not removed the wedding ring that Sam gave me. But Sidharth, he gave me everything, and more: from love and care to the respect that I didn’t receive from Sam.

Sidharth knew about Sam, well, not in as much detail, but he was aware about the suicide attempt and the health problems, he still accepted me. He treated me like a Queen and didn’t question me when I couldn’t sleep with him. Sam continued to haunt my thoughts.

Sidharth was patient. He suggested I go for psychiatric counseling. And one year later, I made love to my husband. You’d think that this is where the story ends: where the story should end.

But I couldn’t get Sam out of my mind. Out of my life. Out of my heart. I still spoke with him, once a month and we even wished each other on our secret wedding anniversary.

I resumed work after my second child. 14 beautiful years passed with my loving family. Until one day, I was asked to go to Delhi for work, and I saw Sam.

We spoke for only a few minutes, but seeing him, being so close to him, after all these years… it made me feel like I was 16 again. That night, I wrote to him, a long email with all my feelings.

It was the biggest mistake that I made. He replied. And it wasn’t long after that, that I began meeting him once a month and we even stayed together for a week. My dreams of being his wife is now reality.

Slowly, but surely, my marriage with Sidharth began to crumble. Our fights were frequent, there was almost no physical intimacy between us and it pains me to say, that our situation is the same even now.

I can’t recognize myself today. I can’t leave Sam. Even when there are days he doesn’t speak to me, my heart longs only for him. He is selfish. As the days go by, I understand that he’s using me… my love for him.

I’ve tried so many times to forget him but I’ve always failed. I’ve been hurting my loving family, the second chance that I’ve got from God… all for this selfish man who doesn’t, probably never has loved me. I’m drowning in depression and Sam seems to be the problem and the solution here.

My husband and my kids need me. But all I need, is Sam.