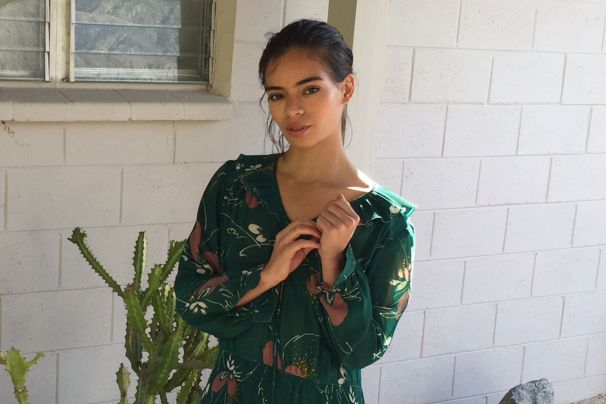 I was in the 5th grade when I started hearing things about my mother. All the people in and around my grandmother’s house gossiped about her when we had gone there to spend our summer vacation.

They were talking about her affair. I was shocked to hear them say such things about her. Initially, I started ignoring them because I knew I was too young to discuss such topics and that too about my own mummy.

But when we returned to Mumbai after the vacation I too saw a lot of changes in my mother. She would always be busy talking on her mobile with an unknown person. She would never call him in front of papa. I could not sleep properly in the nights for almost one whole year.

I had been adopted by papa. So naturally, I did not feel very comfortable sharing anything with him.

But I was getting really disturbed by mummy’s changed behaviour. I decided to keep quiet for one more year. But one day I was shocked to see mummy with that man and that too in a wrong position.

I started shivering and cried all through the night under the blanket. Again I chose to remain silent because I did not want to ruin the relationship between mummy and papa. I was worried and scared too. So I decided to end my life.

I ate all the tablets from the box of medicines that were kept at home and ended up getting a fever of 103 degrees.

Yet nobody was aware of what I had done or what I was going through.

Two more years passed. I was in 8th standard now. Suddenly I noticed that my papa was falling ill quite frequently. I simply cannot describe his condition at that time.

Papa’s condition started worsening day by day. He would vomit frequently and would become totally unconscious after some time. One minute he would be sitting on the sofa and the next minute he would suddenly fall down. He would find it difficult to get up after that.

I would keep crying and praying every night.

One day I saw mummy powdering some tablets and mixing it with the food that she was preparing separately for papa. I was confused because I knew that all the tablets that the doctor prescribed for papa were kept on one particular table. I checked mummy’s purse for the first time.

I was really scared when I saw a bag full of assorted tablets in it. Mummy would mix these tablets in papa's food every day. She was slowly poisoning papa.

I realized that mummy was trying to kill papa by giving him doses of slow poison every day. I threw all the tablets into the toilet and flushed them down. When she came to know about it she was very angry with me.

She beat me with an iron rod and my whole body was swollen. She told me not to tell a single word about it to anyone. She started torturing me and threatening me. She said if I revealed her secret to anyone she would kick me out of the house.

I was scared and cried every night because I was finding it difficult to accept the truth. A month later papa was feeling fine again because mummy had stopped bringing all those medicines into the house now.

She knew I knew about it and I was happy that papa was alive. But I continued to hide the truth from him.

I was feeling lonely so I drank rat poison.

I vomited for three days there but nobody took me to the doctor. I was forced to accept that man as my new father. When I refused to accept him they all forced me to do so. They would beat me and curse me every day. I was miserable.

I thought of exposing the truth about mummy to papa but I wondered if he would believe me. I was his adopted daughter. I was scared. I didn’t want him to throw me out of his house. And I knew mummy would literally kill me if I did something like that.

After the summer vacation, we returned to Mumbai. One day something happened to me and mummy threw something at me. She started cursing me. I threw that thing back to her, shouted at her and said, “Bas hogaya. Maardo mujhe. Zinda kyu rakha hai?”

She tried to hit me harder and pushed me against the wall. I hurt my head. I ran from there. I called papa and told him all that had happened all through these years.

I then went away to my grandmother’s house again. They were the least bit interested in me. I just sat in one corner. I was trying to clean my face with a cloth that was lying near me when mummy came home and kicked me in my stomach. I cried out loudly in pain. She was shouting at me and said, “Sab barbaad kardiya isne.”

I knew that papa had called her after I disclosed everything to him. She knew I had told him about all that she had been doing these past few years. I told her that I had done what I thought was right.

She cursed me and beat me up for an hour. She continued torturing me. She would beat me and hit me with anything that she found.

One fine day, papa came to my grandmother’s house. When I saw him I hugged him tightly and started crying. He too cried along with me.

He got to know the whole game that mummy had been playing all this while. I knew I had been adopted by my dad. My mummy too thought that he would never keep me if she left him.

But the exact opposite happened. He took me to Mumbai with him and left mummy there.

The saddest part was that my own mother, my own biological mother did not even try to stop me once. It wasn’t easy for me to leave her because I loved her and will always respect her. No one else will ever be able to take her place.

But my entire life changed after all this happened. The turning point in my life came when I returned to Mumbai with papa. So many people were talking ill about me and objecting to papa’s decision of bringing me back with him to Mumbai. They all asked him to throw me out of his house.

But he believed in me and loved me. We were the only ones who supported each other. He gave me a reason to continue with my life.

But all this had affected me mentally. I would suddenly start crying when I was in school. I would cry and shout loudly in the washroom of my school. I knew all this had damaged me from inside. My teachers and principal told papa to take me to a psychologist.

But papa believed that I had the power to move on. He took special care of me and it is because of him that my life is back on the right track now. I am no longer a silent girl. I have become a confident girl now and am ready to start my life afresh.

I am in my 10th standard now.  I won the silver medal for the state in fencing from Mumbai. I scored 75% in my board exams. I have opted for arts and media as my profession. I feel I am leading a happy life now.

Strange indeed are His ways. Maybe He always ensures we get the love that we deserve. But maybe He also ensures that we get it in the most unexpected manner. Maybe we learn to surrender to Him only when we have absolutely no other option. Maybe that is when He holds us firmly in his hands and leads us out of our despair. Let’s share this young girl’s story and learn to do what is right even under the toughest of circumstances.