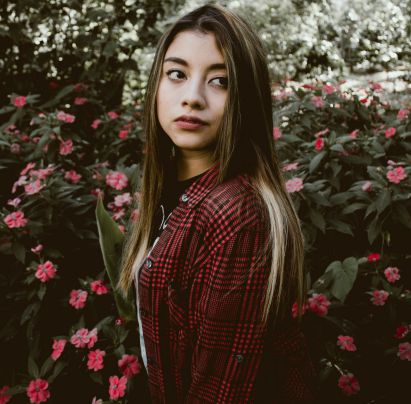 I was in class 10 when I first met him. He was new to our class.But we could immediately sense that there was something between us.

He was smart and talked very well with girls.

At the end of the session, one of my friends told him that I loved him. He too was interested in me. It took us one month to get into a relationship. My best friend told me that he was in another relationship too but later on she encouraged me to forge a bond with him.

He would come to our house and spend time with me whenever I went for my tuition classes. He kissed me for the first time after a couple of weeks. He shared a good relationship with my parents too. But it didn’t take long for my parents to know that we shared a close relationship.

Our parents were totally fine with the fact that we shared a great rapport but they wanted us to concentrate on our studies first.

My father was posted to Assam after I finished my 10th standard and he moved to Hyderabad to pursue his higher studies. But we still managed to continue our relationship. I scored quite well in my 10th standard but over a period of time, my performance started dipping.

My parents now asked him not to call me till I started performing well again. But I continued to keep in touch with him.

We had intercourse for the first time when he came over to Bhubaneshwar to meet me. After that, he decided to study with me. I was excited because I could be with him all through the day and night.

I left my hostel so that I could spend more time with him.

Slowly I got to know that he was talking with other girls on his phone. He would never show me his phone and whenever he got a call he would start acting weirdly. I didn't pay any attention to all this initially but later on, it started bothering me.

One day I decided to check his phone without his knowledge. I got to know that he talked with different girls quite frequently and he had photographs of several girls on his laptop.

When I asked him about it, he told me that he talked to them because they were his friends. He said they were all his family friends. We started fighting about his every day.

One fine day I gathered the courage to talk with one of the girls personally. I found out that they had been in a relationship for the past three years. I now realized that he had been cheating on me.

I spoke with him and then broke up with him. But he apologized to me and I thought I should forgive him. But within 3-4 months I got to know that he was cheating on me again. He was with the same girl even now. We started fighting again when I confronted him.

This time he beat me up because he wanted me to stay with him.

When I was in my final year I got to know that he was still in contact with that girl and that she too lived in Bhubaneshwar. I started getting depressed when I heard this. I had loved him with my whole heart but I knew he still went out with that girl. I was in a dilemma now because I did not know whether to trust him and be with him or break up with him.

I went to the extent of telling his mother about all that he was doing to me.  But she did not really take any strict action against him. She just asked me to break up with him.

She said she was studying in Delhi and he had also had sex with her. She then told me her whole story. I now knew that I would never be able to trust anyone in my life. I wonder how a person can destroy a 7-year-old relationship and backstab someone so many times. I simply can't love anyone else now. Not anymore.

Immaturity is the reason enough for ‘smart’ people to take advantage of us. Maybe we are eager to explore ‘romantic’ things that we have only seen and heard of. Maybe we really want to know what love/sex is all about. Love often makes us lose our objectivity. Let's learn to listen to the sage counsel of our well-meaning seniors. Let’s share this story so that all the other naïve and innocent youngsters know what they are getting into.