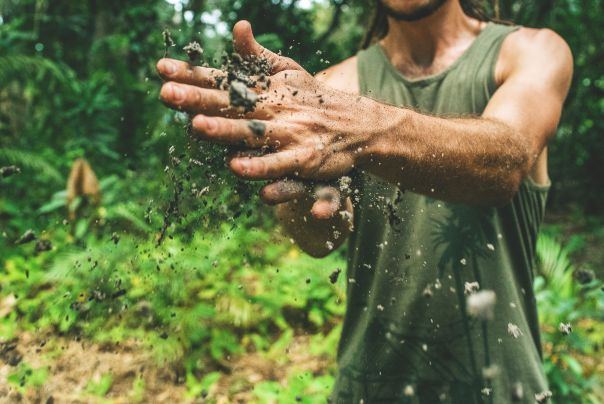 As soon as she mentioned the name of the house, Cyrus was transported back fifteen years to his school days, and he felt a shudder of fear run down his spine.

As a schoolboy, Cyrus and his friend, used to pass "Wood End House" on their way to and from school. It was a large, detached and quite sinister-looking, red-brick Victorian house set in its own grounds behind a high brick wall. The entrance was via a huge, ornate, wrought iron gate. He and Sarita always imagined that it was haunted.

On their way home one evening, they had been joined by Wendy, a girl that Cyrus had a schoolboy crush on. Both Sarita and Cyrus were in a particularly boisterous mood, both trying to impress Wendy. Sarita had dared Cyrus to take a few mangos from the tree just inside the wrought iron gate of "Wood End House". "My brother said the house is haunted," warned Wendy. "There's no such thing as ghosts," replied Cyrus, trying to sound confident and knowledgeable.

"How many mangos do you want?"

"Six," replied Wendy. Her eyes widened with nervous admiration as Cyrus pushed open the heavy, squeaking, wrought iron gate and began to climb the mango tree just a short way up the drive. "You can have a dozen if you like," Cyrus called out cheerfully from halfway up the tree, relishing the opportunity to demonstrate his bravery, as his two friends watched him from the other side of the gate.

"I'll give you a dozen!" said a woman's voice from the direction of the house.

"A dozen strokes of my cane across your bottom young man.

"In complete panic, Cyrus dropped from the tree, mangos scattering around him, and ran as fast as his legs would carry him through the gate and into the street. His friends were already scampering away up the road. He didn't look back, so he didn't see the lady, but he had heard her footsteps walking briskly towards him on the gravel drive. He pictured her with a cane in her hand. Cyrus changed his route to school after that incident, always fearing that a woman wielding a cane would be waiting behind the gate for him when he passed by. The image of her haunted him.

Even now, fifteen years later, the image he had manufactured in his own head, made him nervous each time he had to pass the "Wood End House".

Now, he was running his own small gardening business. The call he had just taken was from a lady called Ms. Seema. She had a refined voice and explained that she had a large garden that needed regular maintenance and that her regular gardener had recently retired for health reasons. She lived in the same town and Cyrus agreed a time to call in to quote for the work. It was then that she gave him the address and the name of the house. Cyrus realized his hand was shaking as he put down the receiver.

Later that afternoon, Cyrus pushed open the same heavy wrought iron gate he had last ran out of all those years ago. It still squeaked.

He became aware he was sweating as he walked past the mango tree. It seemed smaller now. A minute later he pulled himself together and knocked on the oak front door of "Wood End House". Of course she won't recognize me after all this time, he thought to himself. It might not even be the same person, she might have moved.

The door was opened by a glamorous and attractive lady, smartly dressed in an Indian Sari. Her dark hair was held back into a tight bun and beginning to grey. He guessed she was in her late forties. She looked at him for a few uncomfortable moments, before he found his voice.

"I'm Cyrus," he said, clearing his throat, trying to disguise his nervousness, "I've come to offer you a quote for the gardening." "Oh yes, of course," she said, studying his face carefully, her clear, hard, blue eyes boring into him. There were a few uncomfortable seconds of silence and Cyrus felt himself flushing. "Perhaps you would care to take a look around the garden, Cyrus," she said eventually, "As you will see, it's suffered a few weeks of neglect."

"I'd like a quote for tidying up, weeding, trimming hedges. If you'll excuse me I'm in the middle of something, so just knock when you've had a look." She closed the door.

Cyrus was nervous and excited by the mere presence of this fine lady around him. The thought that it might have been the same lady who had promised to cane him fifteen years ago was impossible to put out of his mind as he looked around the large garden. He realized he was getting really excited after seeing her.

Ten minutes later he knocked on the door again. "I've had a look around, Miss Seema. It's a lot of work, I think it will take about a week to put it back in order." "I accept the quote, Cyrus," she said as soon as he gave her a price, "When can you start?" "I usually ask for a fifty percent advance," he said shyly. "Well I don't usually pay a fifty percent deposit," she replied firmly, "I pay when the work is completed to my satisfaction. When can you start?" Cyrus found himself feeling the attraction and his face flushing again. He was just hoping she'd not notice the bulge at all.

She looked back into his face with a hint of amusement in her eyes. "Next Monday," he said meekly."Good. I'll expect you at 8 am sharp." She raised her eyebrows slightly, indicating that she expected a reply in the affirmative. "Yes, Miss Seema," he replied obediently.

Cyrus was unable to get Miss Seema out of his head for the rest of the week. He was almost desperate to know if she was the same lady who had threatened him with the cane. The thought excited him and scared him.

He began work on Miss Seema's garden at an agreed time the following Monday. She occasionally brought him a cup of tea and inspected his progress, but other than that he saw little of her during the following week and she didn't seem interested in engaging him in a conversation at all. Towards the end of his last day, he was tidying away his tools, happy that the job was complete, and he found himself standing by the mango tree he had tried to steal mangos from when he was a boy. He tried to imagine what it would have been like if he'd been caught.

He found himself getting erect again, and unconsciously put his hand towards his bottom. "A penny for your thoughts, Cyrus?" Her voice made him jump and he quickly pulled his hand away from the front of his trousers, looking to his left to see Miss Seema standing to his side with a cup of tea.

"I was just admiring your mango tree," he replied awkwardly, not being able to think of what to say. She looked at him with a slightly amused look on her face and he felt his face flush again. "Yes," she said at last, "Of course you were." Cyrus blushed further as he took the tea from Miss Seema." They're coxes - the mangos," she said after a few moments, obviously in no hurry to return to her house. "The tree's past its prime now, but I enjoyed excellent crops until a few years ago." "Oh," replied Cyrus weakly, face now bright red. "Yes," she continued, intent on reminiscing,

"In fact, the mangos were so abundant that they attracted the attention of a few young scoundrels from the local school. They regularly tried to steal some. I nearly caught one of them. I watched him climb up the tree from the kitchen window over there," she said.

Cyrus looked over towards the window, trying, but failing, to appear casually interested, face still glowing red. "He's very lucky I didn't catch him," she continued, smiling at the memory. "He may have found it difficult to sit down for a few days if I had." Cyrus could think of nothing to say, and after a few moments, Miss Seema seemed to forget the past. "Come up to the house when you've finished clearing up, Cyrus. We can settle our accounts." Ten minutes later, with his work complete, Cyrus knocked on the door with his empty teacup in his hand. He was sweating profusely, excited and nervous.

"Come in, Cyrus," she said firmly, leading him to a large oak study, then sitting down behind a desk to face him. "We need to settle your account," she said, looking directly into his face. He found himself looking down at the floor, unable to hold her gaze. "But first," she continued, "I'd like you to help me with a bit of maths. It's not my best subject." "Of course, if I can," he replied, "but it's not my best subject either." "I'll make it very simple, then," she said. "Let's suppose I owed you, what shall we say...twelve mangos, for example. Let's suppose it took me fifteen years to pay you back. You'd be owed interest, wouldn't you?" "Yes," he whispered, cringing inside. "Well, as I said, math isn't my best subject, but I've worked out that if the interest was, say, five percent a year, then I'd owe you twenty-six mangos. Does that sound right to you, Cyrus?" "I suppose so," he whimpered. "Good," she said, standing up and walking to a cupboard.

"Let's swap mangos for strokes of the cane, strokes of the cane across your bottom, Cyrus." She reached into the cupboard then stood to face him. She had a wicked glint in her eye and Cyrus felt his legs go weak as he looked at the long cane she was flexing in her hands. "I recognized you as soon as I saw you," she explained. "So let's settle this long-overdue account now, then we can settle the other more recent one for your gardening." "You can't do that, Miss," he whimpered as his legs felt like jelly. "Oh, but I can, Cyrus, and I will. Step over to the desk, please. Face the desk, now, or I will add strokes."

Hesitantly, but obediently, Cyrus complied. He felt the power of her domination over him and had no option but to obey.

Your Stories
LIFE IN THE TIMES OF CORONA
HOW'S THE JOSH
YOURS GEEKLY
BAKKAR. CHAI. SUTTA
SINGLE WOMEN BAD WOMEN