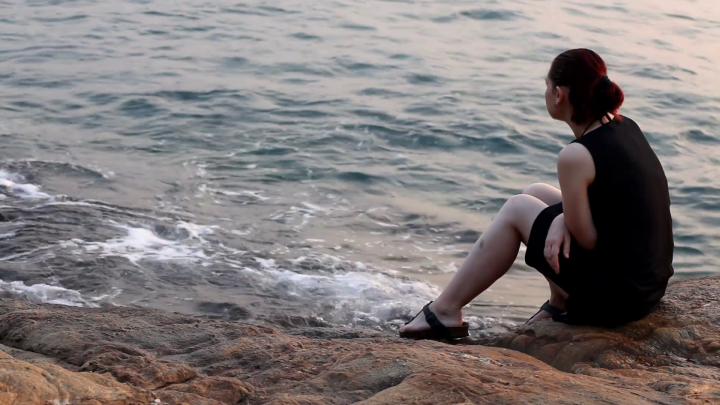 This story is about the time when we both met during work. We never interacted much before that. One day, I sent him a friend request on Facebook. From that day, we started texting each other, knowing each other and we became friends. He was too friendly with everyone, even I was a friendly person but not as much as him. He was from Delhi, working in Goa. So one day I was held up late at work. I thought of travelling by public transport and I was waiting for the bus. He asked me whether he could drop me. I replied, “no it’s fine, dropping me will be far.” But he still asked again so I told him ok. So he came from his room in his car to drop me. We talked to each other and our friendship developed, it was nice. He even got chocolates for me.

He dropped me and texted me that he needs a hug. I didn’t hug him. He was caring and he spoke nicely to me. I didn’t bother much about his past. I thought that he is improved now. I’m an innocent person and sensitive too. A few days later, we hugged each other. After that, he went to his place in Delhi for a break. From there he used to text me that he misses me and all, even I would miss him. After returning from his place, one day he took me to his room. I went with him and he took me to his bed and he started asking me for sex. I denied. That day his mood was off. After that, I went home. Like this, he called me several times to come to his room and I went because I was really in love with him.

He kept asking me for sex but I didn’t give in and one day I just kept pushing him. He loved me and cared for me but I didn’t want any sex. I trusted him so much. He told me if I don’t give him sex that means I don’t love him.

Sometimes I even doubted him. He was madly in love with me, but anyhow I remained virgin. A few months later, I broke up with him due to his sexual needs. I knew he was hurt. Sometimes we kept texting. He missed me and he wanted me back again and have sex. But I denied. A year later, I told him I need to meet him to repay his money. We met and spoke to each other, we had a nice time. He told me that he was moving abroad. I was a little sad also. Then we met one more time, on his last day in Goa. He just kissed my hand. And I knew he was in love and sad too. Even I was in love with him. He would miss me and text me, sometimes he would do video chat with me.

He moved abroad and from there he would chat with me. He even kept one of his social id handles a ship name from both of our names. He missed me a lot. After a few months, I saw that one girl kept liking his posts on Facebook. So I went through her profile and I saw that this girl is wearing my boyfriend’s ring and on the post she had written his name in short with “I love you.” I compared my boyfriend’s ring with her ring and they were matching. But still, I thought of not doubting him. One day I simply thought of texting him to know about his relationship status. So I simply asked him, “how is your girlfriend?” He replied that she was with him then. He called me on video chat and I got to see that they were both lying on a bed, and they were in a live-in relationship. And he told me he was getting married next year. I was a little hurt but strong too.

He had told me that he would never marry and because of that I had also thought of not marrying. I thought of waiting for him.

He needed sex, which he couldn’t control. If sex is the only thing required as a certificate for love then what about the prostitutes who are always welcome to have sex? Why don’t people fall in love with them? I feel like whatever happens, happens for good. The mistake I made was trusting him. I trusted him a lot just because he cared for me. At first, I tried hard to figure it out, then I took the trash out and now it’s time for me to move on.

Even though I don't think I'm a good writer, I didn't want to lose the chance of writing on AkkarBakkar. There, I finally told my story.

Sex or no sex, love is still love. Share this story because too often nowadays, physical desires win over solely-emotional connections.