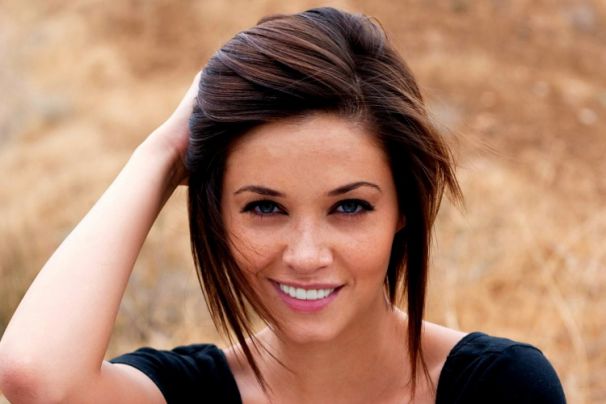 I met him for the first time when our parents, who were college mates, decided to go for an outing. I disliked him at first sight.

He was a quiet, introverted guy and he reminded me of my failed relationship.

I had broken up with my ex recently. I was now in a relationship with my best friend. But Mr. A was not the person I had imagined him to be. In fact, I began to like the guy that I had detested just an hour ago.

Like his father, he too was a handsome man. But he liked to keep things to himself. I am an outgoing person so I wondered how I would spend the rest of the evening.

But Mr. A began to open up to me after we reached the park. Our parents left us on our own. So we went for a walk. We forced ourselves to make small talk. And in no time, we were chatting animatedly.

We revealed the intimate part of our lives to each other and spent the next couple of hours discussing the stories of our lives.

I just couldn’t shut him up now! Mostly, he kept asking me about my personal life. I did not tell him that I was dating my best friend now and that I had dumped my ex recently. I told him that I was in a normal relationship with a guy who was like him in many ways. He, in turn, kept rattling about his own relationship. I was the least bit interested in hearing the details of his story but I just could not stop him. He spilled even the most intimate details about his love life. He told me how he was making out with his girlfriend. Now, I secretly started feeling jealous about the relationship that he shared with his girlfriend.

I could sense that this libido driven hyper-emotional romance wouldn't last even a year. I had been through my own share of relationships in the past.

So I knew about teenage and high-school romance. I knew about serious relationships and blind dates and no-strings-attached kinds of relationships. So I could clearly make out that he was sharing a ‘friends with benefits' kind of a relationship with his girlfriend.  I was quite experienced about such things.

I didn’t know why I was so drawn to him that night. Maybe it had something to do with the fact that I would never ever get him. He was extremely loyal to his stupid little girlfriend. He was telling me the names that they had selected for their babies. That was the end of all the hopes that I had of forging a bond with him.

The most striking factor about our interaction was that Mr. A was 18 years old and I was 21. He was still in school and I was in college. He had sis-zoned me even before I could realize it. We met again at my mom’s birthday party.

That night may not have changed my life, but it made me do something that I can never justify to anyone.

The party ended quite late. So we asked some of the guests to stay back. Mr. A's family too stayed back. We knew we would run short of space but we managed to make space for all of them. Our bed was large enough to accommodate three people. My dad, Mr. A and I were to spend the night together. I had already explored all the possibilities in my mind earlier.

But I knew a ‘saint’ like Mr A would never dare to touch me.

We talked for a while and then tried to sleep. I slept between him and my dad, who began snoring in no time. I was half-awake when I felt his palms touching mine. I pretended to be asleep but I didn’t move my hand away. It felt good. After a while, I knew that he had deliberately put it there. The next moment, he came closer to me. He touched my hand and grasped it tightly.

I did stop to ask him what he was doing. His voice was weak and he said, “I don’t know. I don’t know.” He then pulled me closer to him, held me and caressed me. For a brief while, both of us forgot that we had our own lovers too. The next moment, we were kissing each other eagerly. I tried to stop him. I said, “I’m like a sister to you. Don’t do this.” But he knew that I liked what he was doing to me.

He could sense that I too wanted him to continue with what he was doing. So we dropped all our barriers and made out.

We made out most carefully, without making the slightest of noise. We were careful enough to not move too much because we didn’t want to wake up my dad.  But we made out passionately.

Soon it was daybreak. When the first ray of light fell on our bodies, we were glued to each other. That was when we realized that we had created an emotional distance between ourselves now. I could sense that he was back to being my ‘brother' again. I took him out to the balcony where he broke down with guilt.

But somehow I didn't feel guilty at all. And that is when I felt hurt.

I wanted him again. But all he did was cry about what he would tell his girlfriend. I realized then that it was just his testosterone which had been playing up last night. So I decided to help him. I became his big sister for a while again.

I consoled him, cheered him up and assured him that it was just a mistake. I told him that our hormones had got the better of us. I reminded him about my boyfriend and told him that it would be best if both of us forgot the whole thing. That seemed to pacify him.

So we went back to bed and slept again for a while. But I will always remember what that little, immature boy had told me in bed when he was holding me in his huge biceps. He had said, “You don’t deserve this.” I don’t know why he said that. I still can’t make sense of that statement.

Months after that night, his parents came over again to our place. But he didn’t. His mother took me out for a while and told me that she knew about what had happened between us that night. I realized that he was just a kid who had broken down in front of his parents and spilled the beans. But he had told them that we had been "just kissing" because maybe he did not want his parents to be ashamed of us. Aunty apologized to me on his behalf.

I had to put on an act of being strong in front of her and behave like a senior. I just said, "Its okay. It was just a mistake."

She gave me his number and requested me to call him up in front of her. I did so. We exchanged a few awkward words and hung up. Later, Mr. A sent me a long message telling me how he had confessed to his girlfriend about that night. He then told me that she had forgiven him and they had become closer now.

He then said that he didn’t want to keep in touch with me ever again. I didn’t reply to his message because I was heartbroken.

He had put things across in such a way that it looked as if I had forced him to sleep with me. He had somehow made me the villain of the story. After that, we never saw each other again. Months later, I met his mom once at our house. She told me that her son had broken up with the little girlfriend that he had loved so much.

I felt happy for a while and wondered if karma had punished him for what he had done to me. But later, I felt sorry for him because he was still just a kid.

Almost a year later, I ran into him on the ‘people you may know’ list on Facebook. I just added him as a friend and was utterly surprised when he accepted my request at once. I sent him a message because I wanted to do so. I said, “Hope you are doing well. All the best for your semester exams.”He said, “Yes. Thank you. All the best to you too.” And that was it.

Let’s share this story and try to understand why people behave the way they do. Sometimes we struggle to deal with our mistakes or the guilt of having made a mistake. So we simply dump it on the other person's shoulders. Often, it takes us years to accept our mistakes. Let's learn to shrug off such veiled accusations. Let’s learn to identify and accept our mistakes (if any). We will then be able to forgive ourselves and move on with our lives.