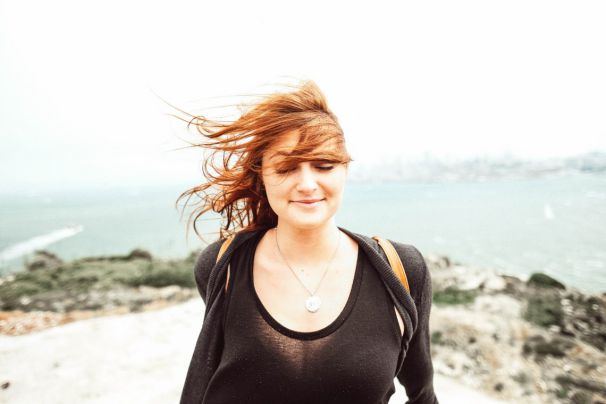 That was a normal day for everyone but not for me. Yes, that day I was coming to Delhi from a small hometown to pursue my dream career but my eyes were searching for someone on the way from home to the railway station and finally, I saw him. My story began then. He was a simple, shy and reserved guy. I was talkative, an extrovert and an affable girl. I was taking tuition classes when I met him for the first time and as we know opposites attract. I started liking his shy and reserved nature. The most important thing which attracted me was height and he was tall. We started talking to each other gradually and after a few months, I decided to go to Delhi to pursue a course. We never said anything officially to each other, but we got into an affair.

After coming to Delhi, I missed him a lot. I did not have a cellphone at that time and I used to go the STD booth to talk to him.

I usually spent hours and hours talking to him. We were madly in love with each other. He was also pursuing MBA now in the same city. We used to talk day and night even while eating, sleeping, and travelling. People around us would think that we could never be apart because of the strong bonding we had. Time was flying and we never thought that we should talk about marriage. I was 27 years old then. My father called me and said, "we have searched a boy for you, come home to see him”. That phone call changed my life instantly.

Suddenly I felt like I woke up from a deep sleep. I went home and spoke to my parents. I told them I don't want to get married as of now. They asked me if I want to get married to someone else but I denied. However, my mom knew everything. I came back to Delhi and told the whole story to my boyfriend. He was quiet when I told him, “I can't live without you and I have realized it now very well. I hope you feel the same”. He said, “yes I love you more than my life”. Next day I asked him if we should get married as it was more than 4 years. He said he will talk to his parents and then life was going on like before.

Meetings on weekends, lunches, movies, outings, trips, night stays at his room were common now until I started realizing something is wrong. I used to go to his room on weekends and after meeting me he was out of the room for two-three hours saying that he was going to meet his friends.

I did not understand what was going on until he told me the whole story. I got shattered that day. It was a bright winter day and I called him to meet me in a park. We were sitting there and I asked him if he spoke to his parents and if he didn’t then he should do it right away as I could not delay more because my parents were forcing me to get settled. He was giving me excuses. But I stuck to it and was forcing him continuously. An hour later, he told me he could not marry me as he was engaged already.

I couldn't say a single word and I was just looking at him silently. I shook him and asked again if he was serious.

He said nothing and remained quiet. I begged him to say that it was a lie but it was not. I cried like hell in front of him and begged for our relationship to be salvaged. But it looked like he was prepared to face the situation well. I was on his feet. I was crying badly and said I would die without him. He had only one word to say, “sorry”. Then he told me that he had had a grand engagement party at home a few months back. I checked his phone then and yes, he was talking to his fiancé for months and never told me. After talking to her on phone, he would sleep with me.

Everything was clear to me now. Why he used to leave me alone in his room on weekends. I broke up with him, but I was shattered after this incident.

I stopped going to the office. I would only cry like hell. Two years later, I met someone in my office. He joined my team. Initially, he was also shy, reserved and an introvert but damn handsome, taller than my ex and superb by nature. I was instantly attracted to him and he was to me, as well. Four years of a love affair later, we got married and this year I gave birth to a beautiful son. I am so happy now and my husband is everything for me. I never cursed my ex, but my soul always does. I loved a coward, selfish and a big liar of a person. I never want to see his face ever again in my life. One thing I got to know after bearing all this: God has something special for you so don't feel bad if you lose something.