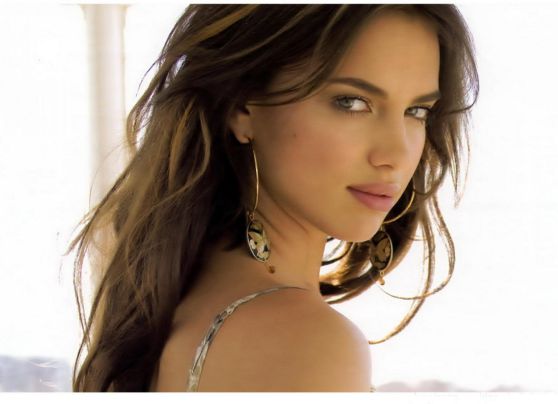 It's true, isn't it? Whether it is an arranged marriage or a love marriage – marriage is a gamble. My friends and I would always laugh whenever we discussed the concept of ‘marriage.' We would always say that “Shaadi to jua hai. It’s like a lottery. We don’t know whether we will win it but we take a chance anyway.”

I am not against marriage but when I see people getting hurt unnecessarily I am forced to think about it.

One of my best friends went through a lot after she got married. She is staying with her in-laws in their house but not with her husband.

Is that why she got married? To stay alone?

I still remember the day my friend called me up 3 years back. She told me that she had got a marriage proposal from a guy who was from Delhi but worked in New Zealand.

He wanted to speak to her before he flew down to India. We encouraged her to speak to him over a video chat. He was a good-looking guy who was earning a handsome salary. My friend worked in a government bank. They kept communicating over chats or video calls and my friend fell in love with him.

He came down to India 6 months later and they got engaged. They decided to get married after 6 months because the guy couldn’t make it before that. Everyone was excited and shopping sprees had begun.

Love was in the air. My friend’s in-laws were on cloud nine because he was their only child. They were pretty excited about his marriage.

The groom flew down to India a week before the marriage. We were a part of all the ceremonies and were very happy for our friend. It was perfect.

Every other person thought that it was a love marriage.

Our friend would blush when she told us about her first kiss, honeymoon and family plans.  The wedding too was perfect. There was a lot of dancing and partying and of course, there were tears too. It was after all an Indian wedding. My friend's mother-in-law asked her to resign from the bank because she would be flying to New Zealand as soon as all the paperwork was done.

She wanted my friend to stay with her for a few months before she started her new life. My friend agreed and resigned. Her husband promised to take care of all the formalities as soon as possible. He was supposed to leave for New Zealand after two weeks.

We decorated their room on their wedding night and teased them a lot. Finally, we left them alone at 2 a.m. in the night. When I called my friend the next day in the morning she was blushing during the entire conversation.

Unfortunately, her husband got a call from his office on the very same day. There was an emergency in his office and he had to be there in a day or two. Everyone was feeling sad. My friend's husband told her that they would have to cancel their honeymoon as well. But he promised to take her on a trip as soon as she joined him in New Zealand.

My friend is a very understanding person and she agreed to it and bid him goodbye.

My friend was very happy to stay with her in-laws because they were very loving and caring. But she called me after 3 weeks and I could sense the anxiety in her voice.

She told me that her husband was always busy and never called her at all.

I told her that maybe he was really busy because there was some kind of emergency in his office. She agreed. After two months her father-in-law called her husband to inquire about when he planned to take his wife to New Zealand. He said that things were in progress.

But he suddenly stopped calling and texting her. She kept crying all day. Everyone was worried.

Her father-in-law called his son again after 6 months and said that if he could not come over to pick her up they would come to New Zealand to drop his wife.

It was at this time that he finally said that he did not want to go ahead with this marriage. He told them that he was already married and was a father of a one-year-old baby girl. The entire family was shocked and my friend did not know what to do.

His father scolded him and his mother asked him why he had done this to them. They were not a conservative family.

Instead of doing this he had spoken normally to my friend from the very first day itself. He had behaved normally with her till the day he left for New Zealand and he had decided to get married to her. We had a tough time handling my friend. She was shattered.

She said that she felt as if he had used her for a day and then left her.

Her parents were very angry about the whole thing and brought her back home. But her in-laws visited her the next day and told her parents that they had disinherited their son from their property. Whatever they owned now was in my friend’s name. Everyone was shocked.

Her husband never called her after that. It has been two years since all this happened.

She doesn’t want to get married again.

To all the guys and girls out there: Please don’t play with anyone’s emotions. Please think before you play with someone’s life like this. Who knows – maybe one fine day someone else with play with your life too.

Shouldn’t we be completely honest and transparent with our loved ones? Does our ego blind us to such an extent that we are unable to accept our mistakes, apologize and make amends for our mistakes? Why should we pay the price for other people’s mistakes? Let’s share this story and learn to rise above such experiences. Let’s learn to prove our worth to ourselves and then create a life of our choice. We owe this to ourselves. Period.