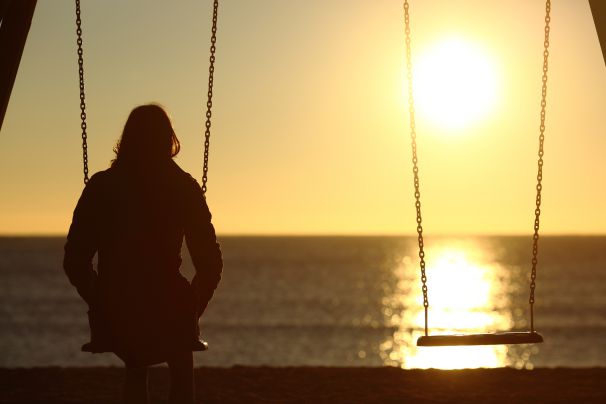 For me, the meaning of life was to enjoy every small moment in life. But every time I tried to enjoy, life always threw new challenges for me.

I had a good childhood until that incident happened in my life and turned my life upside down. I never knew what molestation was till it happened to me. My close relative continuously molested me for three nights and I could not even gather the courage to tell it to anyone from my family. But this experience made me bitter and it changed my perspective about relations and relatives.

Every time he used to be in my house, I used to be scared. Whenever my parents used to talk about relatives, I used to fight with them and after two years of internal struggle, I told my parents about the incident. And just like other middle-class Indian parents, they didn’t believe me and scolded me for my imagination and stories and we had huge fight and argument.

That was the day I became a rebel and didn’t trust my parents and never wanted them to be a part of my life events.

Simultaneously, I met a guy, now my ex-boyfriend and as it happens in India, “apko jo bhi kandha dede apke bure waqt ke samay, apke liye wo Bhagwan ho jaata hai.” The same thing happened with me, my so-called boyfriend showed care and love towards me which I now realize was for a reason.

I met him when I was 16 years old and as soon as we started dating, he wanted to be in my pants.

I don’t know why I gave in to his demands, maybe it was overtrust or I was too emotionally dependent on him. Or perhaps, it was his dialogues, “Baby ye sab karne se shaadi ho jaati hai. Aur main humesha tumhare saath rehna chahta hu.” I didn’t know then what sex was, what were its consequences and how it can ruin my life.

Eventually, it became a regular affair. We used to meet daily and every day we used to have sex and trust me, most of the time it was non-consensual.

Finally, I got pregnant in 2008 and I asked him to marry me but he was not ready as he was still studying and I had to undergo an abortion. During this three months affair, my ex-boyfriend met a girl (who now is his wife) and I am still not sure if he started his relationship with her then or not. But as per his version of a story, he never wanted to talk to her but it was the girl who was after him and used to beg him to talk to her.

Years went by and sex continued, by hook or by crook, relationship with my parents was totally bitter, however, they started pressurizing me for marriage. At that time, I asked my boyfriend to marry me but he requested me to wait for a few more years as he was still trying to settle professionally. In my family, love marriage was a strict no, so somehow, through fights or arguments, I tried to evade marriage as I didn’t want them to know about my bf (had they come to know about him, they would have definitely got me married).

Finally, in 2009, I started working and thought it would give me the independence to stand up on my foot and marry my boyfriend.

However, my boyfriend took this otherwise (male ego, you know) and started fighting with me to leave the job and stay at home. I guess it gave him an option to continue his relationship with his now wife and other girls as well. However, for any sexual needs and emotional needs, I was a backup. Every time I used to question him about his friends (girls), he used to turn the tables and start questioning my character (as I used to talk to my male colleagues who are my good friends now).

Eventually, we didn’t talk to each other properly for one year when he was dating this new girl (about which I came to know through social networking public posts).

We were never friends on facebook and when I again questioned him about his affair, he started to cry and again the same story that he was just friends with her and that the girl was after him. And since he couldn’t see her crying, so had to talk to her. And like a fool, I believed is story thinking that he actually might be a caring guy.

However, his behaviour started changing and he became abusive (physically and verbally).

But for the few days of the month, he would behave good and start to show care and love (which I now know was just for sex and if I used to say no, he used to threaten me that he will tell all about our sex and abortion to my parents). The third girl he was dating eventually dumped him ( which I came to know now).

And this year, since the last three months, the guy started talking about marriage plans and all to me.

This time I asked him for some time as I had my brother’s marriage in May and I didn’t want any kind of troubles or fights at my place on this auspicious occasion. My brother’s marriage was in Gujarat and I was out of town for 10 days for marriage. When I came back to town, I tried to meet my boyfriend as I wanted him to meet my parents. But every time I called him, he gave me different work-related issues for not meeting me or my parents.

Finally on May 25, through some public posts on social network site, I came to know that my boyfriend has married this girl whom he met in 2009 (the same girl whom he said was after him and he considers her as an elder sister). I could not believe what I saw and ran to meet him at his house. And when I tried confronting him, he did not have any answers except for the statement “You are to be blamed for this. You didn’t talk about us to our parents.” Was asking for few months time a mistake? When I asked him to marry, he also asked me for time and I gave him.

Today after 12 years of relationship, two abortions, multiple emotional and physical use, I am left with a ruined life.

Who says love does not cost you a thing? Love costs you your self-respect, your integrity, and your dignity. I am still trying to find my mistake.

How they say, "An excess of love can destroy you." We've all been a victim of this thing we call 'love.' Share this story, if you know what it likes to be heartbroken and show her love and support.

I am grateful for my patches-filled life.

My Mother-In-Law Told Me, 'Don't Be Afraid Of Your Spouse; This Is How He Shows Love!'