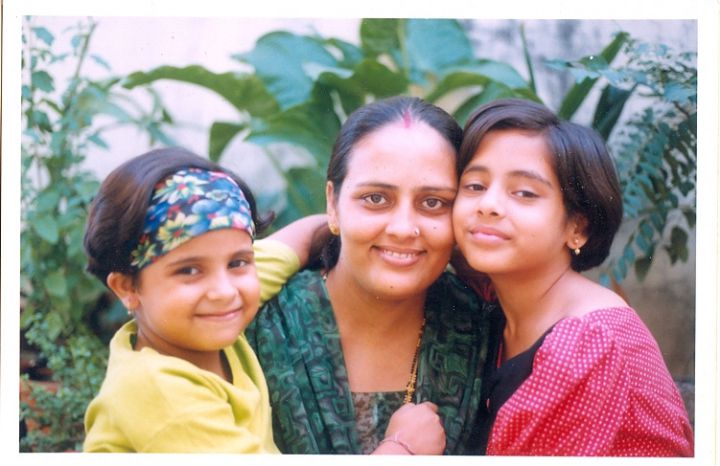 By this time that year, everything had changed.

The war was over, India had won. Everyone was coming back and so did my father’s regiment. As I would over hear or sometimes see people get back, in their combats and their belongings, getting down from their cars, reuniting with their families, their children. I couldn’t help thinking, that my father was left behind. My rational mind knew that he wasn’t but the hopelessly hopeful daughter in me would often think, what if he really was just lost, or injured and recovering somewhere and that any minute or day now we would see him walking in through the door.

Needless to say, that never happened. What did happen however, was that we were suddenly forced to continue living without him, unlearn all the different ways in which we we were dependent on him. Learn new ways of addressing questions surrounding him.

The biggest thing that I struggled with then and do even now is the way how now our faults were treated. Anything that we did, or didn’t do suddenly became about him. “Oh! it is because he isn’t there to take care”, “did you not learn it from him?”… and some such.

He was a stellar officer, the greatest father, an amazing husband and a human being par excellence. But, he was not alone, neither are we the only family to bear the brunt of the war that he fought. He and his brothers in arms, did their best so that we could live a life to be able to do and achieve our best.

This Kargil Vijay Diwas, let us all promise to at least try our best, to make sure that none of these sacrifices go in vain and that we go on to live a complete, conscious and fruitful life. For if you think its free, that is because a really heavy price has already been paid by many such brave and selfless men.

Not just by their lives, but also by the death of their own hopes and dreams of the lives that they could have lived, had they chosen to turn around instead of going all in.. To the ones who came back, the ones who didn’t and to the rest of us who waited.. a very Happy 21st Kargil Vijay Diwas.. Jai Hind!