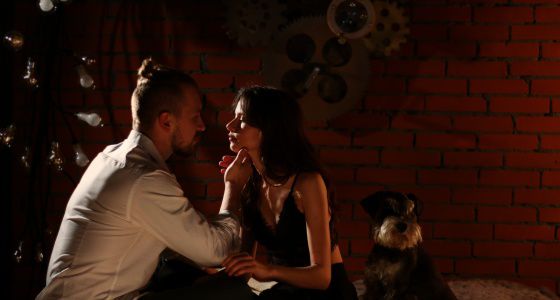 Considering the situation we're stuck in these days, I've decided to pen down a confession. I wanted to share it because it's a weird feeling and I don't know whether it's right or not.

I am a simple girl from a small town who always dreamt of getting a good job so that I could support my family. I am a romantic and always believed in the Veer Zara kind of love but coming from a strict family where love marriages even in the same caste are considered a taboo, I kept myself busy with studies and office work only. I've always been a 'good Indian girl' as per this country's standards.

However, the year 2012 brought me a new kind of happiness. I met someone, we became friends and then one fine day, he proposed to me. I said 'No' to him even though I liked him a lot but that mentality of not getting into a relationship stopped me from saying 'Yes' at that moment. I didn't say anything and we continued to be friends. With each passing day, we came closer together and finally, we took the plunge and got into a relationship.

Everything was going great until our families got involved and of course, the caste difference complicated things. It's a long story but basically, I had to break up with him. I tried a lot but failed to work out this relationship. We kept talking to each other and I always thought that he was the one person God had chosen for me. I felt that kind of pull towards him.

Parallelly, my parents were looking for a suitable groom for me. They had clearly told me that if I married that boy, they'd commit suicide. One of my friends created my profile on a matrimonial site. Since I was never interested in an arranged marriage, I rejected many guys. I still had feelings for my ex-boyfriend. But after 2 years, I started getting over him and decided to go for an arranged marriage because of family and social pressure.

In 2018, when I was least interested in that matrimonial site, I got a call from a guy. We continued to talk for days. Soon, we got engaged and married within three months. We both were attracted to each other and fell in love.

Now the main story starts here. My husband is a true gentleman, he loves me a lot. The way he treats me is out of this world. I didn't even know that a man like him could exist in this world. He has changed my thinking about men. Although he's had relationships in the past, he has never hurt a single woman.

The first time we met, he had mentioned his ex. They had broken up one month before we'd met. They were physically involved and he told me this in our first meeting, which didn't bother me at that time. He even shared anecdotes about the moments of intimacy with her. She was definitely an advanced woman, I am no one to judge her but I am not the kind of woman who can sleep with someone so soon. She'd had many relationships and she'd slept with every man she had ever dated.

The problem started when I saw her old photos on his laptop and her messages on his phone. He didn't delete anything related to her and that made me think that he was still not over her. There were photos of them holding each other. And once he left his phone with me and I read an old chat that had happened between them. From the chat, it felt like they were actually in love and had a solid physical relationship. They had explored everything.

I saw her photos showing her body, I could see that she could definitely lure a man. I do not have those qualities. I was a virgin before our marriage. Now the problem is that I feel inferior. I feel like I should have been like her. I always compare our love to his past relationship.

I feel like I am not good enough anymore. Though I can say that I have the good looks, I don't know why I think so much about her. He got over her but not me. I have started imagining him with her. He must have touched her the way he is touching me now. Her memories actually haunt me. Sometimes I wake up in the morning and think of this woman.

This is not an easy time to be alive, and we're being forced to slow down. Many of us will be confronting things that we have been hiding for some time. You are not alone.

If your wish is to tell your story, it is our command to do justice to it. We are always listening.