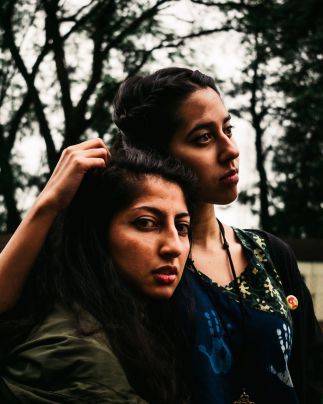 Life is so unexpected and mine has too many stories worth sharing. But here today, I just want to share only a certain part of it which is the current tension creator.

I am a happily married woman who has her share of past which is unknown to my husband.

I am expecting my second child currently. I have an elder sister who has been married for over nine years and has been staying with my parents for the last one year. Years back when she got engaged to my jiju, she was all happy but problems started popping up when the dowry demands rose up from his father. My jiju was least involved in this but hadn’t had the courage to fight against his father who is a very adamant and angry man.

Somehow, my father fulfilled all his wishes knowing that the boy he was getting his daughter married to, is a nice person and decided that if there would be more such demands later after the marriage, he would involve the cops and get it sorted. Everything went well and there were no such dowry demands after the marriage. But the real problem creator was no one else but my sister. My jiju changed a lot for her and I was always on good terms with them.

My sister has always been very studious and stayed involved with herself and her books before the marriage.

When it comes to household chores, she is a very lazy person. She is not keen to do anything in her life, be it a job or household chores. She just wants freedom and money to spend her life with. We were aware that it would create problems in her marital life and but my parents supported her very strongly being unaware that she was the one who was creating all the havoc in that house. She created all kinds of drama, banged her head on the wall, and threatened them by saying that she would kill herself if they didn’t do this or that. And the story goes long.

This is the second time she has left her home and back to our parent's house and living her lavish life. My parents take care of their child trying to help out. She, on the other hand, blackmails them emotionally showing that she has gone through a very bad phase. She steals all the money here even when she is being given a handsome monthly expenditure for her own self.

She doesn't do a bit of work, shops all the time, creates tension at home and enjoys her life.

She knew that I was aware of many things that she has done and were in full support of my jiju. I even said to her once that I will support my jiju if she doesn't change. I have all the pieces of evidence to prove. Now she blackmails me and says that she will disclose about my past to my husband if I utter a word about her. I do not want to get my marital life to suffer for no use. On the other hand, I want to fully support my jiju who is being blamed uselessly. I want their divorce case to end up. I want her to realize that how wrong she is. I want her to go back and rectify her mistakes. But she as always wants to stay with our parents so that she can get all the financial, emotional, and physical help from them. In the absence of my parents, she clearly says that she wants a divorce from my jiju. But in their presence, she acts all differently. She pretends that she wants to live with her husband and keep him happy. She is still playing many such tactics to get all the sympathy from my parents.

It's really frustrating to see how my parents are supporting her against the person who always tried to keep her happy. I have seen my jiju crying and begging in front of her but all in vain. What she wanted was his complete salary and separation from his parents to which he never agreed, knowing the fact that she will not even care for him, she doesn't even ever cook for him.

I do not know what to do but definitely, I am not keen to leave the situation as it is.

At the same time, I do not want my marital life to suffer for no use. Guys, please suggest how can I help my parents sort this out? They are aware of my past and her threats but not aware that their elder daughter is too wrong in her marital life.

I have always believed in, "Truth can't stay hidden for a long time." Share this story and let's see what people have to say about this.