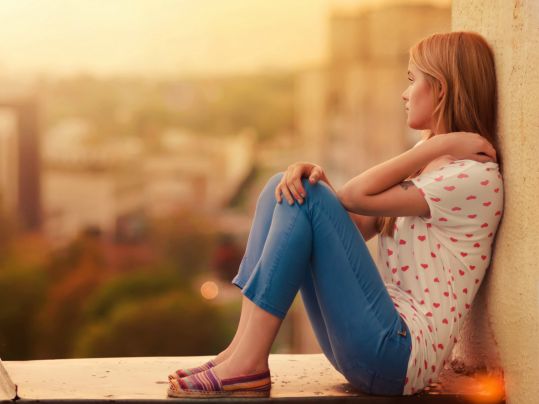 I used to read AkkarBakkar but never thought I will be writing my story here. I was in a relationship since November 2015, and I loved my boyfriend very much. I always thought that he was a very nice person and I respected him. I used to get so nervous whenever I met him. We were staying at different places that too because of him. So I used to go to Delhi to meet him once in 2 months for 4-5 days.

I trusted him so blindly. We exchanged messages very often. In the first year of our relationship, we used to talk every day on call but then he said that WhatsApp is more comfortable for him and he cannot talk on call every day. I was okay with it. I do remember now that he was always reluctant to show me his phone when I used to meet him, but then again I trusted him and did not fight with him over it.

My parents knew about our relationship and he knew that my parents knew about it. Still, he was completely at ease. There were so many pictures of us together and I never ever thought somehow he could even think of leaving me. I had these rose-tinted glasses on and the world was a quite a rosy place for me.

Our last meeting was in May 2017. We spent a good 3 days together and all was fine. After around a week, I got a call that his father had expired. I felt sorry for him. My father asked him if we could come and he refused. Said it will be a long journey. We were constantly in touch with each other and I used to continuously support him.

He told me during that period of time, that now marriage is going to be a difficult part. I thought that he was pressurised. Around the 10th of July, he told me that there is some Swami Ji in Beas and he has to take his mother and phone is not allowed there, so I should not message or call him for 5 days. I agreed. He came back, texted me normally. I did not suspect anything then. I asked him about our next meeting. He said that it is going to be a little difficult. I was okay.

After five days, he messaged and asked me what good was I getting from him? Without even stating a good enough reason, he broke up with me over messages. I hadn’t expected it from him.

He was very rude and hardly replied to my messages. I later got to know that he was dating other girls. He had been to Shimla for 5 days with someone and not to a Swamiji with his mother.

When I questioned him, he abused me and accused me of his father’s death and all that bad was happening in his life. I was clueless and worried.

I was suffering from chicken pox and when he got to know about it, he said that I totally deserved it. He threatened to send a few men to beat me up. He confessed that he was always talking to other girls while I was waiting for his calls.

I have no idea why he did this to me when I dedicated two years of my life to him. I have never fought with him nor do I remember any day in which we faced any trouble with each other. His sudden change in behaviour came as a shock to me. I feel so badly hurt that I see no hope to rise again. I wish I knew what I was really getting into. I wish, I knew his real self back then. Life wouldn’t have been so difficult.

Share this story with every woman who blindly trusts her man without even thinking about the consequences.