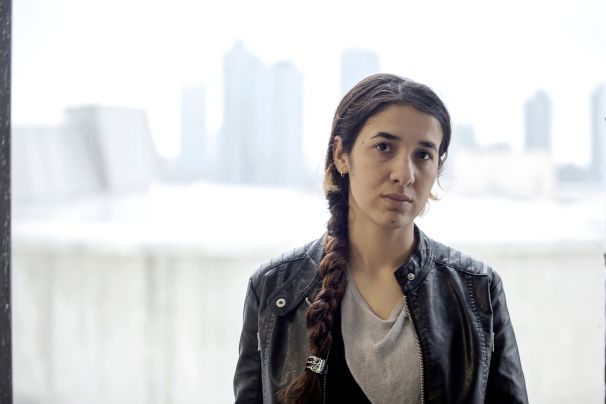 I received a call from a stranger about 7 years back. Initially, I ignored his calls. Then I started picking up the calls but did not respond to him properly. He had seen my profile in a matrimonial site. So he was interested in knowing more about me.

I was busy with my work life and friends. I was not yet ready to take up the responsibility of getting married at that time. But my dad was keen on getting me married.

And this man continued to call me even though he knew that I was ignoring his calls. So one fine day, I just thought that there was no harm in talking to him. And that was the biggest mistake of my life.

He lived in a different country. So we had to keep our time zones in mind when we spoke to each other. He would stay up late in the night just to speak to me and see me over Skype. We talked to each other for a month after which he proposed to me. He said that we would get married after a year because he had some visa issues.

I agreed to get married to him without thinking too much about it. But my dad was worried about my decision.

He did his best to check out his family background. Fortunately, he got a positive response and this made him happy.

I am not very fair. Suddenly this seemed very important to him.

So I just decided to stay away from him. He then started postponing the date of his arrival. A year and a half later, my dad was concerned about his ‘little princess.’ He didn’t want me to get hurt and had complete faith in me. We pleaded with him and called him several times over several months. But he would not tell when he planned to visit us. We started fighting over Skype every other day.

I would speak to his mom too. She was very sweet and supported me wholeheartedly. Finally, he flew down to get married to me. It was such a relief for both the families. When we met for the first time the first thing he told me was, “You are DARK.” I was shocked to hear this from him. I almost broke down. How could he even say that to me when I had waited for him and agreed to marry him without even meeting him? I was really hurt about this.

But to my surprise, he apologized for his words the next day. I just told myself that maybe he didn’t mean those words and decided to forgive him.

The initial phase of our married life was quite good. But one day he raised his hand on me in anger and this continued till I gave birth to a boy. I did not dare to raise my voice against him. I did not share this with anyone else in the beginning.

But I was raised like a queen in my parents’ house and couldn’t tolerate his violent behaviour. He would lose his temper over every small thing. My dad was shocked when I shared this with him.

He immediately let his parents know about what he was doing to me. His parents were very nice to me. They warned their son not to raise his hand on me no matter how wrong he felt I was.

He refused to listen to anyone and continued to vent out his frustration on me. He did this in front of our son too.

I stayed with him for 2.5 years and then decided to stay away from him. I went back to my dad’s place along with my kid. I started working and leading an independent life. His parents were very supportive. His sister was more of a friend to me than a sister-in-law. There were days when I cursed myself for choosing him to be my husband. The only good thing about the whole thing was his family. He was the only person in his family who behaved like this.

But I didn’t stop loving him at any point.

He would always look at me and the love that I had for him in a negative way. He would often tell me that I was after his money and not him. I did my best to make our relationship work but didn’t succeed. He had cheated us by giving us fake details about his education and his job. He didn’t work anywhere after coming to India and I did not want to trust him again.

But I was emotionally attached to his family and never wanted to stay apart from them. I wanted my son to get his share of love from them. I knew I had no right to separate him from his grandparents. But I was left with no other choice. I had to stay away from him and his family.

It was tough in the beginning. They were very angry with me for taking such a decision. I did not attend any of the functions though they invited me everywhere. I tried to stay away from them. My husband would come and abuse me at my workplace too. I had to change the company due to this. This time I ensured that he did not get to know where I was working. But he managed to find out the details.

He then came to my new company just to abuse me in front of the staff.

I was shattered. I decided to leave the country and make a fresh beginning. Within a couple of months, I flew to Australia without informing anyone. When my husband and my in-laws came to know about my decision they were very disturbed by it. I know I should have informed them but I didn't feel like doing so.

I was scared that he would not let me live my life peacefully there too.

They then took my kid away from my dad and did not allow me to speak to him for 3 whole months. I requested them, pleaded with them and apologized to them for what I had done. But they refused to listen to me. I know it was not their fault.

They too knew that all this was happening because of all the drama that my husband was indulging in. He wanted to hurt me and break me emotionally and mentally so that I would accept him and come back to live with him.

Life is no less than hell when you stay away from your 3-year-old kid. But I was determined to handle my emotions. I flew back to India during my vacation and got my boy back. I know I have hurt my in-laws. But I was fighting for my child. He was my life and meant the world to me. My husband challenged me and said he would snatch my kid from me and never let me see his face again.

His words hurt me so deeply that I ended up being rude to his entire family.

My son is staying with his grandparents now and is enjoying the wedding.

But there is no response or even a mail from my husband. He is very silent about the whole thing and this worries me. It has been more than 3 months now. I haven’t heard from him. I wonder why he is so silent. There are so many questions in my mind but I have no answers for them.

I thank God for giving me such a family. But I feel sorry for my husband because he could never accept the love that I have for him. I hope he realizes his mistakes one day and accepts me the way I am.

Why do we knot up our own lives and ruin the lives of other precious human beings by trying to ‘change’ them? Why do we resort to physical, mental and emotional abuse? Do we want to gain control over the other person? Maybe if we learn to control ourselves and shed our pride/ego we can forge better bonds with others. Do share this story because we can spend our entire lifetime teaching a lesson to someone without learning anything ourselves.