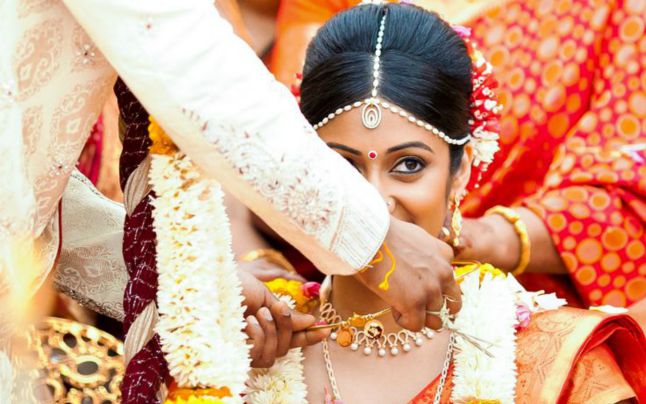 This question keeps ringing in my ears. What is my identity? The dictionary defines the term quite vaguely and has left even me more confused. It is said to be identical, but then are we all the same? And the question kept building up.

Especially as a woman born in the Indian society I have felt that the question of identity is never raised. If you ask me why? It is because in the Indian setup the woman rarely ever questions herself. And if she does question herself like me, then she is labelled as arrogant, selfish, self-centered and egotistical. These are not the qualities the society sees as 'womanly', and that is just because I asked a simple question.

I was born in a conservative middle class family. I grew up seeing my mother live her life only for her family, that meant us. Her every living moment was spent thinking of us. And this was so deeply ingrained that she completely ignored her well being. This resulted in her becoming increasingly frustrated, thereby developing a sense of being a martyr.

Instead of developing her own identity, she validated herself by putting others down. My identity then was 'daughter of...' and it remained so till I got married. I was known by my surname and it followed till I acquired a new surname, like a transfer of ownership. I was the property of my father before, and had no say of my own. I was not allowed to think or speak my mind. What he decided was the last word. This continued to be so till I took my marriage vows.

And then my ownership was transferred to my husband. I began to be known as 'wife of...'. I had cultivated this wrong notion that maybe after marriage I would have a voice of my own. But I was wrong, my husband would not have any of it. I was not supposed to have a mind at all, let alone think. He did all the thinking and I was expected to follow like a slave follows the master.

Even though I am working, I was not allowed to spend a penny without his permission. My desires and choices need his sanction. But he could spend my earning, and you may ask why?

Because he owns me by the surname I have. I was to sleep, breathe, eat and live his choices. I was just a doll that was alive but mute all the same.

And now I am a mother. My identity has now become 'mother of....'. You will be thinking what's wrong in that. There is nothing wrong. I love my child deeply. But answer me, where am 'I' in all of this? Am I supposed to just fit myself into roles that life assigns me? Is there nothing more to me than the roles. Why is it wrong if I have the desire to have an identity that does not need c/o to be added? Why am I not separate from the various roles I handle?

If I desire to make a mark as me not as the daughter of, wife of or mother of, then why am I labelled as self-centred or lacking motherly qualities. If I crave some "Me" time to unwind and relax, then why am I seen as a irresponsible? I am a person in myself and I have my needs, but why do I need to push them into the background to justify the other roles. I want some time alone from all the roles I play in my life. For once I just want to be with myself. But then, do I know myself? Who am I?

My life is going well, but there are moments that I wish to curl up into a ball and close the world around me. Moments when I look at myself in the mirror but I don't see myself rather only the roles I have. I fail to identify myself as me, as a person who has a life other then her roles.

I keep asking myself what is my identity? Isn't that a question that every average Indian woman asks herself? I am no different. But yes, I want to see the real me next time I look at the mirror. I am not selfish, I am as much human as you all are. But why is it that being born as a woman in India reduces me only to other roles and the more I try to break the stereotype, the more I am labelled. Why? Does anyone has the answer?

Share this story if you have an answer to the author's very valid question.