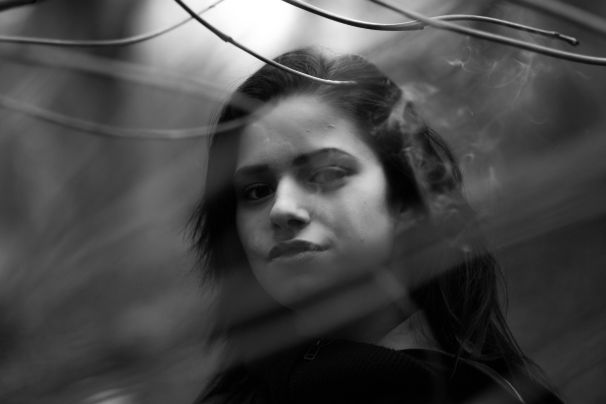 "What will people say? What will my family think? Tattoos are an expression of rebellion. Strapless dresses are for characterless girls. Don't post pictures with your guy friends. Why don't you think of all this?"

These statements made by my boyfriend were probably the beginning of the end of my relationship. I visited India in January this year to meet my boyfriend's family. But they asked me not to bring my parents along, for reasons known only to them.

It hurt me, because for the first time in my life I realized the kind of things a girl’s parents have to go through during her marriage.

In fact, my boyfriend too didn't understand why it was important for me to involve my parents in my marriage, until I explained it him through his sister's example. Initially, my in-laws' even refused to have a Roka ceremony, because apparently they'd had a bad experience with it in the past and didn't want to take a chance again. This became another moment where I felt that my parents' feelings and desires were put on the back burner because they had to oblige to the wishes of the groom's side.

I never understood how my in-laws' could be stupid enough to act this way because they were parents to a girl themselves.

Would they be okay if their daughter was put in the same situation? Of course not.

After meeting my boyfriend's family, I came back home and thought that the Indian family horror was over. But I didn't know there was much worse in store for me. I realized that my boyfriend had been in a relationship with a married girl and had hidden it from me and lied about it several times. He was even physical with her while we were dating. I was hurt when I came to know about it, but I ignored it as I cared for him deeply.

My gut feeling kept warning me at every stop, stopping me from going any further, but I kept moving with the flow.

Then it was time for Easter holidays and he wanted me to come to his city but somehow I gathered the courage to refuse him. He insisted a couple of times, but when I asked him to visit me instead, he refused. He kept giving me all sorts of excuses for not coming, but the real reason behind it was that his other woman lived in the same city as me. But he kept arguing with me that because he had already come to my city twice, it was my turn to visit him, when the truth was that he had come to my city on work trips, sponsored by his company and I had already been to his place twice on my personal expense. Finally, after endless migraine headaches, sleepless nights and emotional torture, I couldn't handle my relationship anymore. So I confided in my brother-in-law. He supported me and looked after me like a father.

He conveyed all my troubles to my family. My entire family supported me and stood by me when they realized the miserable condition I was in. That day I felt I wasn’t alone, that my family was there for me. With this renewed confidence, I  confronted my boyfriend. I gave back every piece of shit that my family and I had suffered through him and his family.

I told him that tattoos didn't make me rebellious, but simply expressed what I believed in; that my clothes didn’t show my character, but represented my confidence and liberal thinking. I told him that my parents had raised an independent woman unlike his parents who had raised a coward like him.

I told him that I was proud to have an opinion and courageous enough to voice it; that I couldn't be the 'cow' he was looking for, nodding her head to his tune. I told him to take his male ego and shove it up his ass, as I wasn't going take his shit anymore. I also reminded him of his own sister and how I prayed that she wouldn't have to suffer the same fate as me because of a stupid man like him.

I am writing this for other girls out there who feel they may never find a guy to marry and settle for a piece full of s***, instead. I just want them to know that life has a lot to offer. Just wait for the right click at the right time.

Share this story because nobody should have to justify their choices in life to anybody but themselves.