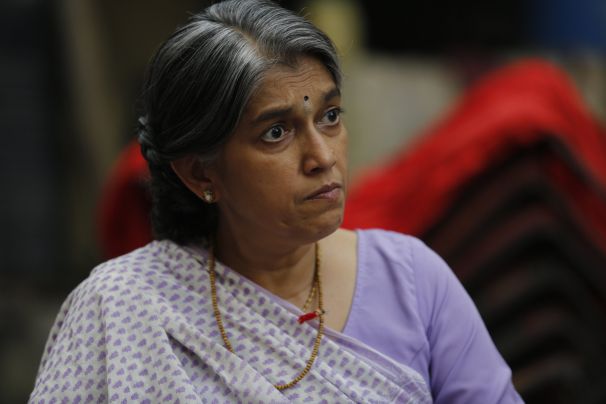 I have always believed in gender equality. However, I have never quite spoken about it repeatedly and about how important it is, until I had a child.

Most people tend to believe that feminists hate men and they like to put down the opposite gender. Let me tell you- you're mistaken! Feminists do not hate men. They are only fighting the fight that has been going on for centuries, to make men and women equal. I believe feminism fights oppression against an individual based on gender, and it also extends beyond that to race, religion, and privilege.

Patriarchy runs so deep in our society, that we fail to notice it so many times. There's so much to talk about patriarchy, but I'll stick to just one point today. Something that annoys me the most: the not-so-funny jokes!

How many of you are part of WhatsApp groups? How many of you share jokes and memes on Facebook or Instagram or Twitter? Let me ask you something- go through your WhatsApp group and check if you can find at least one joke on women? I am quite sure you will. I have mostly been a mute spectator when I see a post that mocks women or the one about a woman beating up a man is funny! It angers me so much, that I have to move away from it so I don't say anything rude to the person who shared it.

Sometimes when my husband shares a joke unintentionally, I tell him it wasn't funny, whether it is in the group itself or while we are alone. That is my problem. These jokes have become a part of our day-to-day conversation that it has become so easy to put down a woman and just move on, calling it a joke.

I am sure you are thinking about what most people say, "It's just a joke. Why take it so seriously?"

No, it isn't just a joke. This is the root cause for everything evil that happens in our society against women. Today, 10-year-olds are part of family WhatsApp groups where such jokes are shared. Those 10-year-olds also have Facebook accounts. These jokes are shared comfortably in a living room among family, thanks to cinema (that's for another day to talk about!)

The message that the kids take away from such jokes is, "Women are dumb. They cannot survive without men." There are days when I need someone's help and then there are days when someone else needs mine. It has nothing to do with gender, really!

"Women talk a lot" - It's good, have an opinion and to be able to articulate it well and voice it at the right time. But when women do that, they are seen as loud mouths!

"It's OK for a wife to beat a husband or a husband to beat a wife" - seriously? We want to make abusive marriages a norm?

"Neither the husband nor the wife stays happy in a marriage" - Being married is one of the best things that has ever happened to me. If someone is not happy about being married, why don't they stop sharing jokes and end the marriage?

"The wife is always spending the husband's money," and other such stereotypes - seriously! If you aren't brave enough to discuss your household financials with your wife, just don't share jokes to make other women look bad! Same applies to men who spend women's money too. By the way, why isn't anybody making jokes on spendthrift husbands? Oh wait, men don't joke about men!

"A man has all the right to make jokes on a woman's clothing" - whether I wear a saree or a bikini, it's none of your business. Nobody makes jokes on men wearing dhoti and showing off their legs or the ones that wear pants so tight around the crotch that they may die. You don't have the right to call a woman names based on her clothing! This one really gets on my nerves!

I will leave with some questions to ponder over. Ask these to yourself before you share such jokes:

If you have a problem with your abusive marriage, talk to a therapist. If you are controlled by your spouse, it still is an abusive marriage. Talk to a therapist. If a girl has been mean to you, tell her what she did was wrong. If you think girls should not wear short or skimpy clothes, keep your opinion to yourself and even better, broaden your mind.

Raise your children to be empowered to take care of themselves irrespective of their gender. Raise them with compassion so they know how to treat men and women with respect.

Young children are impressionable! Give them something positive to think about and grow up!

Share this woman's voice because this is what we all want!