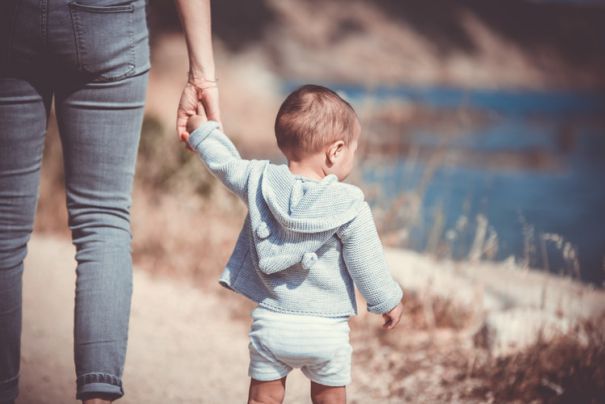 Ours was an arranged marriage. With only 29 days of a courtship period, everything happened so early that before marriage we didn’t really have a lot of time to spend with each other. We were both so busy with the wedding prep, meeting guests, entertaining and so on, add to that, my to-be husband was “shy”. Everyone said this was his nature and I believed them; with nothing else to go on.

Soon, we reached the day of our wedding and after that, we were off on our honeymoon. While everything appeared normal, he never talked to me then either. He also hated it when I touched him. I was okay with this because I assumed that he wasn’t an intimate person either.

When we came back home, I saw him once, talking to someone for over an hour on his cell. I was surprised because I didn’t think he could have maintained a conversation for that long with someone. Out of curiosity, I checked his phone and saw that he’s talking to a woman. And soon I realized, on the 30th day of our marriage, that my husband had no interest in me.

I didn’t say anything to anyone and simply watched him talk to that woman. Slowly, I found out that he was never faithful to me, not even during our engagement or courtship period. As time passed, I gathered the courage to talk to him about all of this. I felt that we could talk openly about it and I was ready to hear what he had to say. “It’s the 21st century! What’s the problem if I talk to other women?!” was his curt reply. I was taken aback but thought that maybe my confrontation would have scared him into being faithful to me. But that wasn’t the case.

He was never in love with me and never would be. I told my parents about this, I didn’t want to live with a man who I knew would never care for me. Their advice? “Don’t worry Beta, he’ll get better with time. Just have a child and everything will be fine!”

I don’t know how or why I listened to this “advice” of theirs and somehow managed to conceive after six months of our marriage. During my pregnancy, he never cared about me or the baby. His mom instead, would take me to the hospital, for all my check-ups and would look after me.

He wouldn’t deny me anything, but at the same time, he never cared. He never tried to get to know me. All this time, I kept thinking that a baby would change everything between us and he would learn to love us both.

I thought maybe this is nature; that he doesn’t want to get intimate with me or anyone else. One day, I checked his wallet and found a condom. I was numb. So he did enjoy getting physical with women, just not me. I regularly checked his wallet and always found a condom or two inside. I was so upset, I called my parents and told them I didn’t want a child anymore and wanted to get a divorce.

Their advice? “Don’t worry Beta. Time will change everything; he will learn to love you and the baby.” I gave birth to a beautiful baby girl. She’s three years old now, but nothing has changed.

He always comes home at 2 or 3 am. He gives my daughter and me only one day in the week, the rest, he’s busy doing whatever he wants, with whomever he wants. When I tried asking him about it, he ignores me or tells me to keep my nose in my own business.

Now, his parents and mine, want us to have another a child; they say it will complete the family. How do I tell them that their son isn’t even interested to touch his wife!

Sometimes, I want a divorce, but I don’t want to jeopardize my daughter’s future. My parents have clearly told me that they won’t help us and I don’t even have a degree that could help me get a sustainable job. My only hope is that God is kind to me and one day, he will listen to me and help my daughter and I get the love we deserve.

Share this story, because we need to create a world where it's safe for women to leave their husbands and not worry about their future.