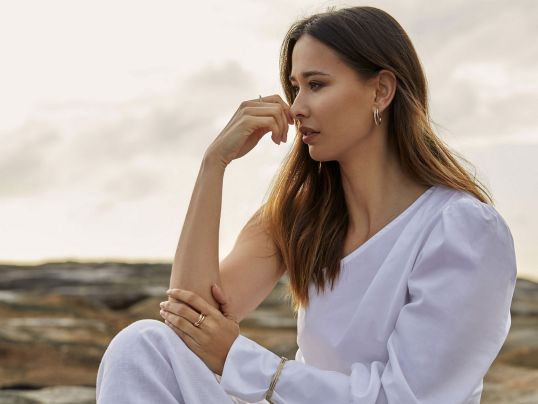 I was born and brought up in Varanasi, Uttar Pradesh. I belong to a middle-class family. I was a very bubbly kind of a girl when I was young.

I enjoyed every minute of my life. I was a charming girl and people enjoyed being in my company. I used to find happiness in small things.

I had always been an average student but I was also an ambitious person. I completed my MBA from a prestigious college. I then got a very good job in Gurugram. I started working there. I had never been in a relationship before. I would often dream about my dream guy though. Some boys tried to get close to me but I didn’t find them good enough.

One particular boy was called Rajiv (I have changed his name here). I rejected his proposal but we decided to remain good friends. He was very loving and caring.

He loved me without having any expectations. I realized that we shared a great connection and for the first time in my life, I experienced the feeling of love.

But I didn’t tell him about my feelings. Time passed. I was now 29. My parents had started looking out for me. After some time they selected a boy for me. He belonged to our extended family. When I met him for the first time, all my dreams were shattered.

The minute I reached home, I told my parents that I could not marry him.

But my family asked me to just chat with him. He had a good government job and he too was posted in Gurugram. So for the sake of my parents, I started talking to him. But I was disappointed there too. He would crack jokes that were not very funny. I was working in the private sector and he would often laugh at this.

I realized that we had nothing in common. Even our thinking was poles apart.

I told my mom that this would not work out for me. I also introduced Rajiv to my family. But my parents were strictly against my getting married to him because he belonged to a lower caste.

My parents and relatives now started convincing me about the boy that I had met. They said, “Don’t worry. Everything will be alright. It takes time to forge a bond with an unknown person. But things will be okay after some time.” I was very concerned about my future.

I knew we were very different from each other. But that guy too promised to take care of me.  He said he would give me the freedom to do whatever I wanted. He also said that we would make a good couple.

So I agreed to get married to him. It was difficult to get separated from Rajiv. He went out of my life after I got engaged. I never saw him after that. I moved on and married this guy.  After we got married, things were fine for some time. But I got to see his real nature only after 6 months.

I got a very good job offer in Kolkatta. He said, “Do whatever you want in Gurugram itself.” We had an argument after which he slapped me. I was numb and I cried that whole night. I called my mom. She told me to adapt to my married life. She said such things happen in all marital bonds.

But after that incident, everything started falling apart in my marriage. I felt completely broken from inside. 6 months later, I told my parents about my decision to get divorced.

My family started blackmailing me emotionally. They asked me to think of our reputation in society. But this time I was prepared.

I didn’t listen to them.

I met a lawyer and initiated the divorced proceedings. My parents were very upset with me. They stopped talking with me. But this time I was determined.

I could not afford to make my life hell just because my parents were scared of our society. On the day of the hearing, my eyes welled up with tears when I saw my dad standing by me. I hugged him and wept for a long time. He said, “Sorry” in my ears and wiped my tears.

Finally, I got divorced after which I joined my new job in Kolkatta. I now live with my parents. It was only after I experienced all this that I realized something.

Why are we so scared of the people of our society? Why do we compromise on our happiness for them? I lost Rajiv because I did not have the courage to stand up for myself or my love at that time. It is not necessary that our parents are always right.

We need to convince our parents and tell them about the vision that we have for our lives. At the end of the day, it is our life and we have to live it our way.

Let's share this story because our intuition always guides us in the right direction. But, often, we suppress our inner voice because we value the insights given by our experienced seniors. None of us knows what the future holds for us. It is up to us to make the best of what we have in our hands. As long as we are willing to shoulder the responsibility of facing the consequences, nobody should have any problems with the choices that we make.