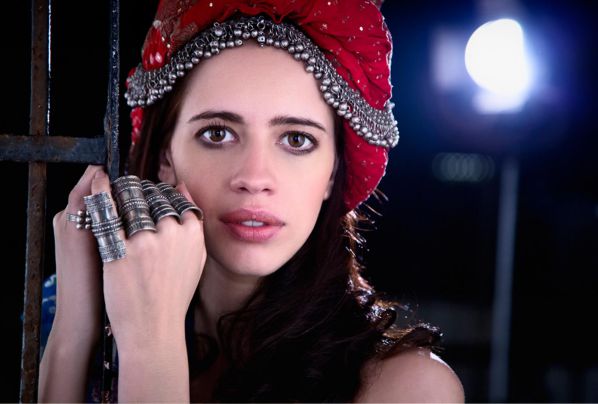 I am haunted by the dumbest of kitschy items — one of those cliched quote gift cards I received a few years ago. It said, “What would you do if you knew you could not fail?” The answers were obvious, “worry less about what people think,” “follow my passions fearlessly without worrying about how to pay my bills or make it work from day to day,” “do exactly what I would do if I didn’t have to worry about circumstances or money.”

And those are things I think everyone works on, trying to balance the fearlessness of pursuing the life they want to live with the responsibility of making sure they aren’t going to end up out on the streets. The degree of difficulty varies based on what your passions are, but mine are pretty simple — think about things, write about them, be surrounded by pretty things and laughing people, dogs. I can do that. I am doing that (now).

Every year I am trying to do more and more of what I really want to do and less and less of what I have to do or what I think I am supposed to do.

Shockingly, the scariest part of all this is that the byproduct of identifying what I most wanted to do is identifying the things that weren’t near the top of the list. One of those things was getting married in the near future. It’s not that love isn’t valuable or something I want, it was just not as important to me as the things closer to the top of the list. And putting marriage off at the time in your life when you are supposed to be focusing on it is scary because when I lift my head up, it isn’t what everyone else seems to be doing. It’s that scene in Walking Dead when Rick is going into Atlanta and all the (dead) cars are going out.

But you don’t get to choose what you are passionate about, what wakes you up inside. You can only control the degree to which you centre your life around it.

For a man, it’s so easy to fit all the things you are supposed to want into one life. Of course you can have a wife and kids because marrying makes your life easier, you get someone to clean your house and do the bulk of the parenting work. For a woman these are bigger, scarier decisions because they cost you your identity, your career, your freedom — everything. Marriage isn’t something you can idly do, it’s something you decide to sacrifice for in a way that men never have to consider.

If I’m honest with myself I’m more afraid of not trying deliberately to find a husband in the near future than I am about the things which should actually scare me a lot more — having an unconventional career path, moving away from family and friends and everything else familiar, exposing myself in my writing, doing actually scary things.

I’m afraid of this because it takes away a big chunk of the way people will understand me. My life's milestones aren’t going to be as relatable as marriage/kids/home ownership. Internally, I’m okay with that, but nothing kills a party conversation with your married friends like comparing writing a book to birthing a child. (Whoops). Even if they are equally significant in your lives, the only choices many people understand are the ones that look like their own. Maybe that’s a character flaw on their part, but it’s certainly understandable.

When you do what people have always done, and you’re happy with that, why wouldn’t you assume people are idiots for not trying to have what you have? Over and over again when I imagine my most fearless life it isn’t one where I don’t have a husband, it is one where I let go of feeling like that is something I have to have. It’s a great thing, but it’s not my greatest thing and it sucks that it feels like it needs to be.

If marriage can be an afterthought for men, something they don’t strive for but which happens incidentally while they are pursuing their other dreams, why can’t it be the same for me — or any other woman. And that’s why not worrying about a husband is the most fearless thing a woman can do, because she shouldn’t.

Because it will come or it won’t but unless it’s at the tippy top of your must-do list, the lack of one is more about other people’s disappointments than your own.

Not one of us but many of us need to hear this, so please share this story with every woman you know or have ever met!