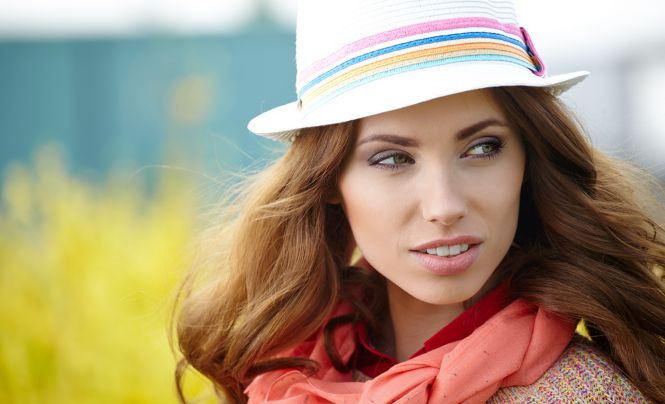 I am 22 years of age and belong to a middle-class family. I was 16 when I started doing my engineering. I met a boy on Facebook during this phase of my life. He was working in an MNC in Chennai.

He was smart, caring, confident and good looking. I fell for him because he had these qualities.

After a while, he proposed to me and I said, "Yes." We would chat during the day and talk over the phone at night. I dreamt of living with him in future. I was so happy when I spent my time with him. We had a steady relationship for 2 years.

One day my parents got to know about him. I told them that I loved him and that he too loved me. I also told them that we wanted to get married to each other in future. So my father spoke to him.

But he denied that he loved me and said he had no intentions of marrying me. He then told my father that I was lying to them. My parents were very upset with me.

I called him every day after this happened. But he never answered my calls or messages. If by chance he did take my call, he would only abuse me over the phone. This continued for almost 8- 9 months. I was very disturbed when he behaved like this with me. I would stay awake all through the night and wait for his call. I would keep crying throughout the night and then end up sleeping all through the day.

Obviously, I fared badly in my exams. I ended up failing in 3 subjects. I just couldn't study like I used to before.

One fine day I just decided to engage myself in the college fests. I started interacting with my friends, read books and took a keen interest in all our lab experiments. This helped me get out of my depressed state of mind. I started spending more time with my family. I made them realize that I had totally moved on from that person now.

Later on, when I was browsing through my Facebook account I got to know that he had married someone else.

I was doing my internship in Delhi at this time. I knew he was living near my colony. But I did not wish to meet him now. I engaged myself in doing other things.

But I felt I was aimless now.

It was at this time that a guy from my college started troubling me a lot. He was keen on forging a bond with me. He had been pestering me right from our college days.

He would do such stupid things to get my attention that I started getting scared of him.

I told my parents about him. Matters came to an end only after my father spoke to him sternly. I then met another guy on Facebook when I started living in Gurugram. He was my family friend and somehow we hit it off right from the very beginning. After a while, he proposed to me and I willingly accepted it. Things were fine between us. I found him perfect in every way.

I would always feel happy whenever I talked to him.

One fine day we decided to meet. We talked for a long time. But after a couple of months, he decided to break up with me. He gave me lame excuses saying that he could not marry me.

He said that if we went ahead with our relationship it would only make me sad in future.

I said, “Let’s live this moment. Let’s not think about the future. We can take a decision after we settle down in our lives.” But he refused to go ahead with our relationship and left me.

I felt I had wasted one precious year of my life with him. But this time I did not cry. But I was not laughing either.

After some time I saw his Facebook DP. He was with another girl. That is when I burst into tears. When I met his best friend one day, he told me that he had been cheating on me. His best friend also told me that he already had two other girlfriends. Somehow I didn't trust him when he said this. So I stalked his friends on Facebook.

I realized that what his best friend was saying was true.

He was enjoying himself with his other girlfriends. That girl would continuously upload pictures that she had taken with him. All my other friends too were quite shocked when they came to know about this because they thought that both of us were made for each other. I felt sad when I came to know all this. So I texted him.

But he told me that the girl he was hanging out with was already engaged to someone else and his best friend probably did not know about all this. So things were not like how I had imagined them to be. We talked for almost 4 hours that day.

But after that, he stopped texting me or replying to my calls and messages. I texted him again after a few months because my best friend asked me to do so. I asked him why he had actually broken up with me.

He said he had wanted to save me from the extreme pain of realizing that I could never get married to him.

I started talking to him every day after that. But then one fine day he just said, "Goodbye" to me and blocked me. After that, I got in touch with him only to wish him on his birthday. He thanked me by replying to my text. We chatted for a while but I wished him good night and then switched off my phone. He then wished me when it was my birthday. We just exchanged a couple of messages with each other this time.

But I stopped replying to him after that.

It was during this phase of trying to get over him that I learnt to focus on my goal. I stopped talking to people who made me feel uncomfortable. I tried to be with only those people who accepted me the way I was. I had fewer friends in my friend circle now. There was less drama in my life now.

A few months later he texted me using an excuse. He started talking nonsense. He was not at all like his earlier self. I realized that he was not a person with whom I could spend my entire life with.

I blocked him because I was getting irritated by him now.

But a few days later I texted him with an excuse and apologized to him. He talked to me nicely but then started ignoring me like he used to earlier. He would reply to me at his convenience and we really had nothing to say to each other now. He didn’t make any effort to meet me. We had met just once so far.

One fine day I just uninstalled the messenger application from my phone and started focussing on my goal again.

I learnt so many things about myself from all these failed relationships.

I also realized that if a guy said he loved me I wanted him to stay with me. It is fine if he decides not to marry me but at least he should be sensitive to my feelings. I am nursing a shattered heart today only because those guys broke up with me without giving any reason or because they were cheating on me. Right now I don’t have the courage to love anyone.

I don’t think there is anything wrong in dating guys till we find the perfect person. It takes time to know a person. Not all people turn out to be the way we imagine them to be. But it is our life and we have the right to choose to live it our way.

Some people may think I am dumb after they read my story. But trust me I am not. I have learned a lot from my past. I feel my present life is better now because of my past experiences.

Only when the turmoil of our emotions subsides do we realize how much we have grown as a person. Only when we experience confusion do we gain a sense of clarity. Only when we lose ourselves in our relationships do we find ourselves as a person. It is not so easy to let go of our pain/hurt.  Time is indeed the best healer of all. Do share this story because we can all benefit from this lovely woman’s approach to life.