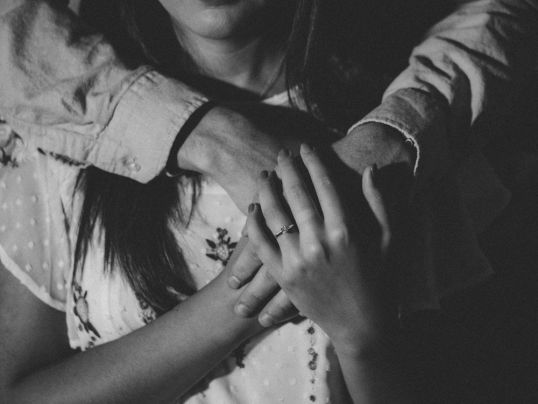 I was 19 when I got married. I was chubby with acne face and hence, hardly any boys showed interest in me. They would take my help to get information about other girls. Maybe that is why I fell head over heels when I first met him in his house.

It was purely arranged marriage and my grandma had bought in the alliance.

I had flunked a couple of subjects in my undergraduate course. My parents who thought and I quote "You are fat already and face full of pimples, who else will marry you when you are 25 and look like 40? And your education is kaput and you working later is a dream.”

I thought that this was actually true and so agreed to meet him. We met him on 22nd August and got engaged in October. Within three months of my engagement, I was married to him in December 2010.

For someone who craved a boy's attention and company, he hit the right note.

I spilt out my soul and body to him even before our marriage. I shared every secret of mine with him and told him everything about how my family mistreated me and how my dad hit me all the time. And he took advantage of this later. I had a good married life from December until the next August when it was time for my birthday. He celebrated my birthday in a hotel as I had never celebrated a birthday in my life. But my father couldn't attend as he had work 500 km away from my place. That's when the problem started.

He started taunting me and my mom that how he spent so much money to celebrate my birthday yet his father-in-law couldn't even attend it.

Thereafter, what came next put me and mom in a hell hole. I had a miscarriage in December 2011. I was shamed in front of my whole family (I lived in the joint family of 10 people) for not taking care of myself. I felt lost and lonely. And then, he sexually harassed my mother. He openly asked her for sex and said that in return, he would look after me nicely. When I told him that I would leave him, he said that where I would go when my own parents don't like me and mistreat me.

Meanwhile, I was diagnosed with PCOD. The doctor said that conceiving naturally was impossible.

Everyone, including my mother-in-law, treated me badly. For 3 years, it was a hell hole for me. I told my family about his sexual harassment of my mother. In his defence, he told everyone that those messages were meant for me but by mistake, it got sent to my mother. This incident was swept under the rug.

And then came another big news. My mother-in-law was diagnosed with breast cancer.

I was left alone to cook 3 meals a day for 10 people and look after her. Miraculously, I was able to conceive naturally and had a son in 2014. I thought that this would improve our relationship but no, it didn't. I had severe complications. For seven months, I vomited everything including water. Yet I had to get up early and cook for 13 people and pack lunch for my two sisters-in-law.

I cried so much. And we would fight even when I was at my mom's place. He fought on the day I delivered my son. When I returned back to the husband's home, I took a stand. I told him that I can't cook for all with a small kid behind my back. Two brothers-in-law shifted to the next house, and my in-laws and I stayed in the same.

My son is 3 now yet it's a daily harassment for me.

To the outside world, we are a perfect household. Only I know what I am going through. My son has seen me crying (he is 3 now) though I have tried not to do that in front of him. Not a day passes where I don't think of leaving him. Yet I can't because I have nowhere to go. My father is in the highest post in his work. Mom is afraid that society and my father's social circle will judge us if I divorce him. I am not even allowed to cry loudly at my mom's house. "What will neighbours think?" My husband goes on a day tour with his friends on his new bike every weekend while I sit here in self-pity, morbidly obese with depression and eating disorder, without an proper education. I get really jealous when my friends are getting married now. People who I really considered dumb are moving out of the country while I am dying slowly in self-pity.

I know for sure, one day, even my son will mistreat me like everyone else.

You know, only 'I' can take a stand for ourselves. No one else is going to do that for you. Why drown in self-pity when you can do much for yourself and set a good example for your child? It's time to take some action. Share this story, because she needs our support more than ever.