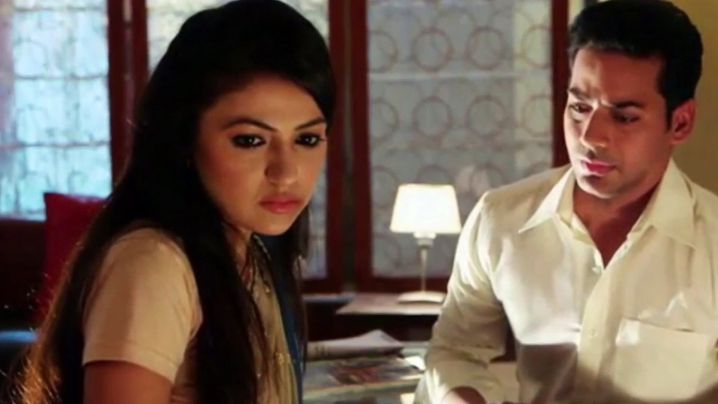 My life took a turn about 4 years back. I had broken up with my boyfriend of 8 years because I could no longer put up with his verbal and emotional abuse.  Two months later, I moved to Bangalore. I was going through a difficult phase at that time. I was living all alone in a big city.

I had been through a lot of humiliation because my ex-boyfriend had been obsessed with me. And I was experiencing a sense of freedom again after a long time.

Amidst all this emotional turmoil, I met my current boyfriend through a common friend. Initially, I was apprehensive about the moves that he made towards me.

But he showered me with so much love, care and concern that I finally accepted his proposal. He had to persuade me for 8 months to do so. I was scared to open up to him because of all that I had experienced in my previous relationship.

But I started falling for him. Within a short while, I fell deeply in love with him. Our love story seemed like a fairy tale to us now. We partied together with friends, went out for movies and dinner dates etc. He never missed an opportunity of making me feel loved and special. I did the same for him too. We moved in together.

We never argued or fought over anything for long. We always took our minor differences in our stride and looked forward to spending the next day with each other again.

Finally, he introduced me to his eldest sister. She was almost 10 years older than him. She had two college going kids. I shared a great rapport with his sister.

I now spent most of my time bonding with his sister and her family. His brother-in-law always treated me with respect.

They assured us that they would convince his parents about our marriage. We belonged to different castes so we knew we would really have to convince his parents to get us married. His sister and brother-in-law reassured us and told us that they would get us married. I then met his parents too. They were very polite and kind to me, especially his father. But his sister never discussed our marriage with her parents. Only my boyfriend did all the talking. I should have paid attention to the matter when they dropped this hint.

But I really believed that she was just waiting for the right time to discuss it.

One fine day, his mom suddenly had two brain hemorrhages. She passed away after 2 months. I stood by his family through this entire experience. I had to take a setback in my career to be with them during this difficult phase.

I went to his native place without informing my parents about it because I knew he needed my support now. I was accepted by his entire family and we were sure we could easily get their approval for our marriage.

That is when his sister started showing her true colours. One of his uncles got him a marriage proposal. Now his father and sister started forcing him to get married to that girl. I tried talking to his sister but she just shut me out of her life saying that she had never had any intention of supporting me. Her husband too kept quiet now.

My boyfriend took a stand now and told his father that he was not going to marry anyone else except me. So his father stopped talking to him. His sister then blocked me from her social media accounts. She blocked my number too. In fact, even her kids had blocked me now.

I was shocked to see her behave with me in this manner because I had trusted her so much. I had always gone out of the way to help her in all possible ways.

I had cooked and cleaned for her when she was not keeping well. I had stayed with her daughter when she went on a trip. I had bunked work to help her pay her daughter’s college fees. I had taken her children with me to her native place.

I had stood by her at all times. But this is what she was doing to her brother and me when we needed her the most.

My boyfriend was so pre-occupied simply dealing with all this mess that he stopped expressing his love to me. He just wanted to sort all this out. He has been cut off by his family because he had insisted on marrying me.

He is torn in two different directions now.

He does not know what to do. Should he let me go or should he let his family go? He is no longer the fun loving, caring and adorable guy that I fell in love with.

His family has distorted our relationship beyond measure.

I just can’t take all this anymore. I feel I should just let him go so that he is not emotionally tortured by his family anymore.

I feel as if my life is falling apart slowly.

I want to fall out of love with him for his sake. I now do my best to stay away from him because I want him to lead a peaceful life. I feel I have been betrayed by his family. Sometimes, I think his family has just used me.

I feel ashamed of myself at such times because I could not see through their game of pretence. I have no clue about what life has in store for me in the coming days.

Maybe we learn to stand up for ourselves only when others let us down. Maybe we learn to look behind these pretences only when we are betrayed. Maybe we are able to gauge the depth of our relationships only after such experiences. It's tough. It's painful. But we do learn all this and a whole lot more too. Do share this story because we know we have done nothing wrong –so nothing wrong will ever happen to us. Yes, it's actually that simple.