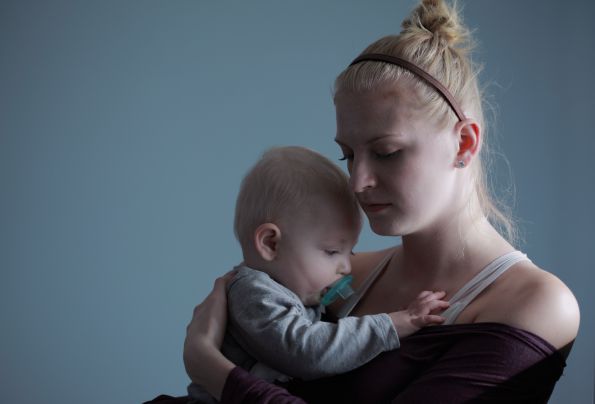 Like everyone, this girl too wanted to be a ‘good wife’ as she was tagged as a good lover, but didn’t know when she was judged as an immature, disrespectful woman, possibly the biggest mistake of someone’s life.

She married the love of her life after battling all odds to have him as her partner and to have beautiful years with him in her life. Thinking that she would arrange their years together with love and care for each other, while among the dear ones of his life, soon she was made to realize that she was an unworthy choice for them.

Their son or her husband; not sure she could call him ‘Hers’ as she didn’t even realize when he started considering her as his wrong choice, as if he bargained his life for a commodity which could no longer be replaced or changed.

He cursed her every hour, never leaving any chance to mention that she is a curse which he felt helpless in undoing. He would ask her to keep shut even if her parents were disrespected by him or his dear ones because that’s how a girl is considered cultured by passively listening and never ever raising her voice; forget about uttering even a word.

She understood that she should be quiet as her voice would never be heard by them, leave beside the question of understanding.

She couldn’t return to the ones who gave birth to that undeserving soul as getting back to them would only bring them pain which that uncultured woman couldn’t afford to cause. She couldn't inflict emotional or any other pain.

Soon she started feeling that the best bargain for the rest of her life would be silently agreeing to whatsoever her husband considered to be agreeable as he was the one who was doing a favour to her by continuing with their marriage, even though it wasn’t the same she had once dreamt.

She was often mocked about her physical appearance in his family as she was a little short. Other times, she was ridiculed for one or the other thing. But one thing she learnt through her journey after marriage was “Dreams are supposed to be broken because they are never real.”

Day and night, she would try her utter best to prove that she was a good social, emotional and a helpful person, both at doing household chores and at earning and supporting her husband with finances too.

She, by then, started thinking of having a baby, thinking that the baby would bring peace and love from her husband for her.

Soon, her baby came to her as a blessing by the Almighty that still loved her and accepted her with her weaknesses. But as she was never accepted by her husband and his dear ones, she was doomed to suffer as some great philosopher once said: “Bad times too subside but for a short while.”

Despite the physical pains that she endured to have her blessing, she was still not considered worthy to her husband.
Now her situation was even worse as in his perspective, she was a BURDEN.

Despite abusing her parents as a mode of taking out his frustrations, he would now even make fun of her physical appearance as she turned ugly and fat.

He would never hesitate to call her a parasite, a b**ch living on his providing, sucking his money.

But she continued absorbing his frustrations as she was of no help to him. Yes, she became fat and would eat more than him as her body demanded more energy to take care of his child and family.

She then decided one day to stop being a burden upon her husband, at least financially, but then her child held her hand with a small request in her eyes of not leaving her alone behind. The baby truly needed her mother.

She wanted to work, to prove again of being worthy of her partner but had no courage to leave her child at the mercy of others.

So, once again, she accepted and this time for life, without any compulsion of proving, that she was a loser.

She lost respect for herself, her dreams, even her perspective of looking at life. She didn’t even know what wrongdoing she was guilty of- for loving him or loving him the most, for considering him above her for everything, for forsaking everyone and everything just to be accepted by him?

Yes, she is guilty of loving someone more than a human could absorb. Yes, she should be punished for life and thereupon considered a parasite living on favours as she has forsaken everything and everyone for him.

She deserves to be disrespected in every possible situation because her husband is the ‘Man’ of her life to decide what she deserves.

No matter how many challenges she would undertake to just have some respect in her husband’s eyes, struggling every minute of her life to make him feel good about her, she deserves to be bullied and abused by him.

More than physical pain is the emotional distress a wife undergoes. Bruises on the body still fade with time but wounds of the heart remain forever.

She doesn’t even remember now when was the last time she felt good about herself. The only feeling she has now with her is ‘The Guilt’.

- Shared by a woman in distress.

Share this story if you stand for women who deserve better than the misdirected anger of loser husbands.

I am a 30 year old gratitude practicing mother of an amazing girl child, age 2 year 9 months. I entered the transformational world of parenthood in 2014 with the birth of my daughter, Anaya. Since then, I have spent time exploring motherhood which is shaping my identity through writing and collaborating with other moms. I am passionate about family, community, adventure and am lover of all things creative.