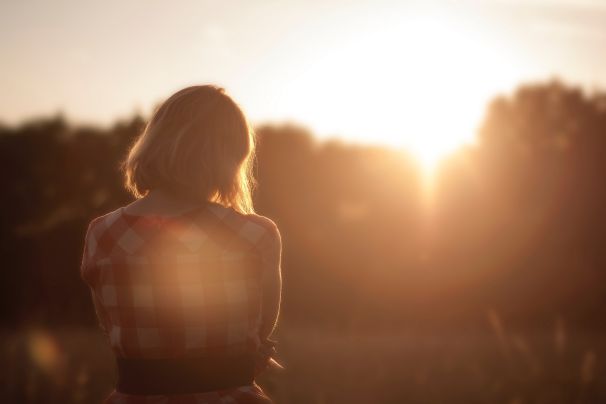 I had come to Kolkata from a small town with many dreams. Everything was fine till I was single. I had a clear life plan and I eventually wanted to settle down with someone my parents found for me. But one day, while I was partying with my friends, someone installed an app called "TrulyMadly" on my phone.

You see, all my friends were dating, so they wanted me to find someone too. I didn't know back then that I would meet my future husband through this dating app.

As soon as my friend installed the app, I saw that a guy liked my profile on it. I immediately uninstalled it. I thought this would put an end to the episode, but I was wrong, for it was just the beginning for worse things to come.

The boy who had liked my profile started looking for me on Facebook and got to know about my work place from there. He, then, came to my office and took my number from one of my colleagues. Meanwhile, I was unaware of all that he was doing.

Then, one day, he called me and we spoke to each other. He said he wanted to meet me. I didn't know what to do but my friends insisted that I should give him a chance at least and so I decided to meet him. We spent the entire day talking to each other.

I don't know what came over me, but after the first time I met him, I wanted to meet him again and even started dreaming of a future with him.

The very next day he took me to his place and things moved rapidly from there. I was happy about everything and soon, we were engaged. We used to meet regularly at his home and at other places too. But things changed completely after the wedding.

I saw a different side to the man I just married. The man I thought was perfect, turned out to be full of many unforgivable flaws. He had an abusive relationship with his mother. Even though he claimed to love his father, he didn't shy away from abusing him or his sisters. He didn't want to work though he wanted money, sex and food. But it broke my heart to hear him tell me that he had had many sexual relationships with other women too.

It felt like someone had pierced through my dreams of a happy married life. My husband forced me to work the entire day in his office. After office he wanted me to work at his home and then pleasure him at night. I tried to meet his expectations but I only ended up falling ill.

Even then he used to count how much food I was eating, or how much space I was taking at his home. Eventually, he even started abusing me verbally and became physically violent with me. But it was the language he used towards me that tortured me and hurt me the most. He killed any desire I had for him, but if I avoided having sex with him, he would treat me as a slave.

I am still in a relationship with him and nothing has changed. Neither am I able to leave him nor continue with this torture.

I had always heard marriages are made in heaven, but my marriage has brought me hell.