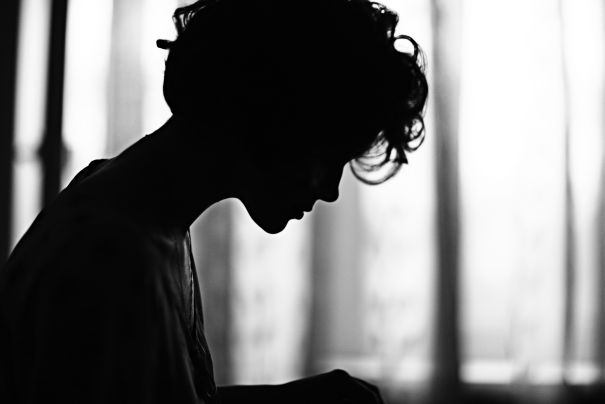 I am in my 30s. I got married a year ago to a man whom I had known for the past 5 years. One fine day, he came to my house and asked my parents if he could marry me.

He assured them that he will take good care of me.

His parents teamed up with him and tried to change me into a ‘perfect wife.’

He wanted me to be just like his mother who is able to multitask effectively. But he did not realize that his mother had been a housewife for several decades now.

Neither the mother nor the son knew what my working life was all about.

They did not realize how tired I felt after returning home from work. Despite being tired, I had to cook, wash, iron, clean etc. I distinctly remember what my husband told me after we got married.

He said, “You must be able to cook independently, take care of the household chores, handle me and also communicate effectively with the people around you. If I do not see any improvement in these areas, you will be returned to your parents just like we return things in the supermarket!”

My husband and I argued with each other every now and then. It was fine to have arguments because it helped create a healthy relationship. But soon he started abusing me physically and emotionally. That hurt a lot.

I was not even allowed to cry. He even asked me to leave the house a couple of times. But I didn’t do so.

And only after I got married I realized that my husband was a very bad-tempered person. I now understood why my sister-in-law had asked that question just before I got married. She had said, “Of all the guys out there, why did you choose to marry my brother?”

But I just decided to bear it with the hope that my husband would change his ways.

I thought that we were newly married and we just needed some more time to adapt and accept each other. Also, I didn’t want to ruin his future by putting him behind bars. Even today, I am unable to accept the fact that a professional person like him can beat his own woman! We are living in the 21st century, not in the Stone Age.

One fine day, my mother-in-law told me that she too had been beaten up by her husband a couple of times. That is when I realized that my husband’s family has the tendency of abusing women. She has been repeatedly advising her son not to abuse me so much. It’s strange that the entire family fails to understand that the circumstances that we live in have changed now.

They fail to realize that I have established myself in my career. I am financially independent. So, I am looking for love, companionship, respect and understanding from my spouse.

Moreover, my husband was disrespectful to my parents. He scolded them for not teaching me how to cook. He was rude enough to say I don't have table manners etc. I was deeply hurt when he did this. I did ask him to apologize to my parents for being rude but he was too egoistic to do so. Instead, he turned around and told me that my parents should apologize to him because they had not taught me all the necessary skills.

Sadly, my husband chose to ignore the fact that he should learn to respect people’s feelings.

Maybe he does not think that this trait is worth cultivating but such things mean a lot to my parents. I too could have done the same thing to his parents. I too could have questioned them about the manner in which they raised their son – more so because he was so abusive and disrespectful to the elderly. But I kept quiet. Little did the family realize that a man who treats his wife like a princess was actually raised by a queen!

I slowly learnt that I don’t have to hurt those who hurt me. I realized that the ultimate sign of maturity was to walk away instead of getting even.

My parents advised me to be patient and work on the marriage. So I gave him another chance.

Unfortunately, I gave him quite a few chances before I realized that I was making an idiot of myself.

The biggest mistake that I made in my life was marrying my husband. The second mistake I made was not walking out of this marriage earlier. Living with my in-laws under the same roof has not been easy for me. They monitor every move that I make and report my routine to my husband. They are really cunning in their ways.

My marital life was partly ruined by their interference.

If his parents wanted to ensure that no emotional intimacy developed between their son and me, why did they get their son married to me in the first place? Why do they fail to understand that I too have my own dreams and ideas about my married life? I wouldn’t mind staying with my in-laws if they stopped butting into my life so much.

I literally gasp for breath every now and then. Only if they give me some breathing space can they ensure that I share a healthy and happy relationship with the rest of the family for our entire lifetime.

One fine day, my father-in-law called me a bastard a couple of times for not helping my mother-in-law in the kitchen. He then asked me for money if I wanted to stay in the house. I was speechless on that day. I realized the struggles that I would have to face in the future if I decided to continue living with them for the rest of my life. My father-in-law did feel guilty about it later on and apologized for his behaviour.

I believe God is great. He showed me a way out of this hell.

I was offered the option of working abroad. I seized the opportunity and left the house. Walking out wasn’t easy.

My husband abused me and harassed my father before I left the house. He claims that he did not want me to go abroad as he wanted to start a family with me.

Little did he realize that we could have started a family of our own a long time back had it not been for his ‘high and mighty’ attitude!

Honestly speaking, had my husband proved to be a decent man, I wouldn’t have left him. His siblings too had started harassing me. Blood is always thicker than water. No matter what I say or do – they are not going to buy it. They will never understand my situation. Even if I react it will not change anything. They will not start loving me or respecting me suddenly. My explanations will not magically change their minds.

Not reacting to abuse doesn’t mean I am OK with what they are doing. It just means I am choosing to rise above it.

I am choosing to take the lesson that I learnt from the entire experience. I think that the pen that writes your life story must be held in your own hand.

My husband now wants a divorce. I am going to give it to him because I know that no woman can withstand a guy like him as a life partner unless he changes his attitude for the better. I live abroad now and am doing everything to make my life beautiful.

It will be the best gift that I can give my parents at this point in time in their lives.

My advice to all the women reading this is: Love shouldn’t hurt. Stop the abuse and speak up! Choose to live! No one should live in fear of the person they love. Run far away from the guy who is abusive and violent. Abuse is a crime. Remember that getting into a relationship with a man who cannot control his anger will be the biggest mistake of your life.

Your story is so inspiring and I am so happy that you decided to walk out of a bad marriage. Your parents have raised an empowered woman. It is so amazing to see how you navigated a bad relationship. Every step of the way, you questioned whether you deserved to be treated so shabbily, whether you deserved to be spoken to rudely. Despite going through so many hardships, you refuse to sound or behave like a victim. It is a tale of hope and you don't fail to inspire through this hope. I wish you a very happy future ahead. That happiness may lie in your being alone, or your being with a partner, going ahead. It really doesn't matter. What matters is that you know your worth and have refused to engage in anything that brings down that worth. I hope your story empower more women to realise that self-worth matters!