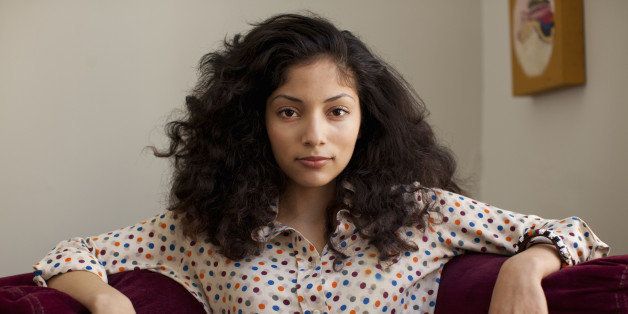 This happened during the beginning of my career at one of the brokerage houses in Delhi. I joined there as a fresher post-MBA upon the recommendation of my brother-in-law. Since I was one of the referrals, I always attracted special attention from the Business Head, Rajat.

He would often call me to his cabin to discuss some stock market related concepts and random finance topics.

One of the Managers named Vikas was asked to train me on how derivatives worked in the real world on the live NSE/ BSE terminals. He was the most handsome guy in the entire office. His dress, walk and talk was so attractive. Damn attractive. We hardly spoke other than work during the initial few days. Later, we started chit chatting. I got to know that the staff in the office tease him by my name. We started going together for lunch breaks and visited other branch offices. To be honest, by now I was quite attracted to him. He told me that Rajat was constantly hitting on me; in fact, he even had a bet with another manager to take me to bed in a month’s time. The thought left me unnerved, all broken. How can a girl be a piece of entertainment to bet upon? Such a sick thought.

Vikas told me that he liked me more than a friend and never wanted me to fall a prey to Rajat’s wretched plans, unlike other new joiners. He advised me not to stay back late even if there were so-called business needs. I did not believe Vikas, thinking that I should only trust what I see/ hear with my own eyes and ears. Meanwhile, Rajat introduced me to a couple of HNI clients and asked me to work on some business proposals. What Vikas told me always lingered in my mind. I made sure to maintain a distance with both Vikas and Rajat. One evening, I stayed a little longer to work on an urgent deliverable. I came across some doubts that I wanted to clarify with Rajat before sharing it with the client. So I went to his cabin, but I heard a loud sound of laughter so I did not knock and instead, preferred to wait. What I heard next was a disaster. There were three other disgusting souls apart from Rajat.

He was discussing about me being an easy-going girl and since I had studied in a convent school, and apparently I was used to handling 3-4 boyfriends simultaneously. He said that I was smart enough to manage typical lust driven clients.

Per se, I would be effective in manipulating business with them and if need be, accompany them over lunch or private drinking parties, and would not even mind going to some extent further. Moreover, he even narrated how comfortable I was to sleep with him the other night (all fake stories) and that we had a mutual understanding to keep personal stuff and business separately. That was it, I could not hold myself anymore and banged open the door. He was shocked and asked me if I had anything urgent to discuss. I said, “Yes, I need to submit my resignation letter. I overheard what you said about my character to your colleagues just now.” He told me that I had misunderstood him and all he meant to say was that I was very tactful in conversing with the clients and had a grip on my subject. “Just one simple question”, I said. “Even your wife is working, how would you like if she had a similar workplace with perverts like you?” I left the cabin in tears. I called up Vikas and told him what happened. He felt bad for me and started abusing Rajat in anger. I went home crying all the way, had no clue what to do, how to take it. I was shattered.

I did not talk to anyone at home about it. I was not sure if anyone would be able to understand my situation, neither my parents nor my younger siblings. I got a couple of messages from Vikas to which I did not reply.

I was strong enough to come to work the next day, though post lunch. Meanwhile, Rajat had asked Vikas to talk to me over the phone and confirm if I were coming to office. I did my daily client calls, cleaned the home-drive in my laptop, typed and printed out the resignation letter. Vikas came to my desk, I told him I was resigning with teary eyes. He looked on in dismay and was helpless. I went to Rajat, to face him one last time in my life, “My resignation and the access card”. He asked me to take a seat and offered me a glass of water and then said not to do it in a haste. I felt like slapping him for stooping so low. I heard him go on for a few seconds and then I said, “You may not know, life takes a full circle. God forbid, even you have a newly born baby girl who will go out to work in future. Imagine if something similar happened to her. How would you feel? Will you still ask her to calm down and not do things in haste? What fun did you derive associating me with you in such a filthy manner?” He obviously had no answer to anything. I quit the job.

This was my first encounter with such assholes, but it helped me become stronger as a person. I have now grown more cautious of my surroundings, I try to understand people at the workplace and then identify my safe zone (if there is one).

Share this story because it is sick and should not be the norm.